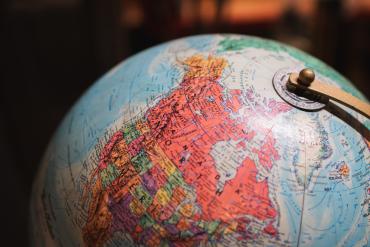 A new study published in Autism Research shows that about 100 in 10,000 (or 1 in 100) children around the world are diagnosed with autism spectrum disorder (ASD). This is an increase from the 2012 global prevalence report which found that 62 in 10,000 children were autistic.

“The increase in autism prevalence around the world reflects in part the impact of public health efforts to raise global awareness of autism spectrum disorder,” said Dr. Andy Shih, Ph.D., chief science officer at Autism Speaks and co-author of the study. “Since 2012, many regions have also made significant strides in case identification, diagnosis and capacity to serve the autistic community.”

In the updated prevalence report, lead author Dr. Mayada Elsabbagh and her colleagues reviewed 71 studies published since 2012. The analysis included 99 prevalence estimates in 34 countries, with sample sizes ranging from 465 to 50 million participants.

Similar to the 2012 review, most studies were conducted in the United States and Northern Europe, with many regions like Eastern Europe and Africa having limited or no estimates. The populations surveyed were mostly children, but a few studies included adults aged 18 years and older.

While there were differences in autism prevalence between geographic regions, small sample sizes and inconsistent study methods made it difficult to compare between countries. Estimates may be underreported in certain countries due to lower rates of diagnosis.

However, the studies that could be compared showed that in the U.S., Missouri had the lowest rates of autism (96 per 10,000 in 2014) while New Jersey had the highest rates (284 per 10,000 in 2014). Prevalence was also higher in rural areas of India and Taiwan compared to urban areas, but this trend was not consistent across every country.

The research also showed some differences in prevalence across race and ethnicity, though the diagnosis gap between white and minority people seemed to be closing. Prevalence rates were nearly identical for white, non-Hispanic, Black and Asian/Pacific Islander children in 2016, though they remained lower for Hispanic children. This is a big difference from 2010, when non-Hispanic white children were about 2.5 times more likely to be diagnosed with autism than non-Hispanic Black children.

The global increase in autism prevalence reflects major improvements in public awareness and public health response to autism. Children are now more likely to be diagnosed earlier, and even underrepresented regions like Africa and the Middle East have been advancing their ability to measure autism prevalence. Future research will need to focus on the factors causing differences in autism prevalence around the world.