National survey of parents identifies 1 in 40 children with autism 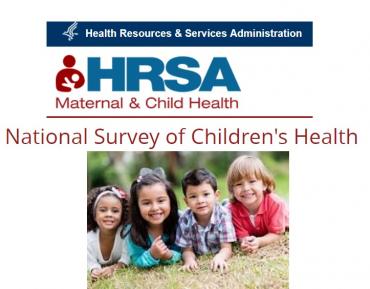 An estimated 1 in 40 American parents report having a child with autism, according to a newly published analysis of the 2016 National Survey of Children’s Health.

The national survey, led by the U.S. Health Resources and Services Administration, involved questionnaires completed by more than 50,000 parents of children (birth to 17 years old) across the country. Its autism-specific results appear online today in the medical journal Pediatrics.

The survey’s estimate of autism prevalence is significantly higher than the current official estimate of 1 in 59, published by the Centers for Disease Control and Prevention (CDC) earlier this year.

The difference in prevalence rates is likely due to differences in methods, says Autism Speaks Chief Science Officer Thomas Frazier. “One in 40 is closer to what we see with direct prevalence studies where researchers go into a community to directly screen for autism.”

By contrast, the CDC’s official estimate is based on a review of medical and school records for 8-year-olds at sampling sites across the country. It can miss children with autism who aren’t receiving services. It also reflects differences in record keeping among states.

Persistent obstacles to care
The National Survey of Children’s Health included a broad range of questions regarding access to healthcare and special-education services for children.

“Though we’ve seen progress in recent years, this confirms what we know from our parents – that many children face unacceptable delays in getting a diagnostic evaluation, even after parents, teachers or other caregivers have recognized the signs of autism,” Dr. Frazier says.

“Unfortunately access to treatment can be even worse in many communities,” he adds. “Many children, particularly in low-resource areas, are not getting the kind of early intervention services that we know can improve outcomes.”

Lowering the age of diagnosis and increasing access to early intervention are among the central goals of Autism Speaks’ mission, along with improving the transition to adulthood and increasing global understanding and acceptance of people with autism.

Through its research programs and Autism Treatment Network, Autism Speaks continues to increase the ability of pediatricians and other healthcare providers to screen for autism and address its associated behavioral challenges and health conditions with personalized and coordinated care.

Through its expanding public health and advocacy programs, Autism Speaks has been instrumental in increasing services in underserved communities such as rural areas and minority neighborhoods. “By working closely with these communities, we’re better able to understand their challenges and help address their obstacles to care,” says Andy Shih, Autism Speaks senior vice president for public health and inclusion.

Have concerns or questions about autism?

You can also learn about the signs of autism, screening and diagnosis, associated health conditions and autism treatments and more at autismspeaks.org.