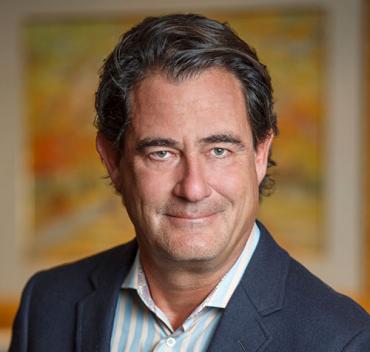 Keith Wargo joined Autism Speaks as president and CEO in October 2021. In this role, Keith is responsible for the overall leadership, administration and management of the organization. This includes leading the strategic vision for the future and ensuring the organization is fulfilling its mission while measuring impact and results.

Keith brings a unique and diverse background to Autism Speaks with nearly 30 years of business building experience at leading global financial institutions including Goldman Sachs, Deutsche Bank, BMO Capital Markets and Mizuho Securities. Over the course of his long and successful tenure, he developed a proven track record of building effective teams, partnering with an array of stakeholders to tackle complex issues and helping to grow and scale multifaceted businesses across multiple industry sectors.

In the year before joining Autism Speaks, Keith combined his business expertise and personal values when he became an owner of Monarch Cypress, an industry-leading amenity manufacturer and supplier with a mission to employ autistic individuals. Keith and his wife, Anne, are parents of two adult children, one of whom has autism. They have personally witnessed the positive impact that Autism Speaks has on enhancing the lives of people with autism and their families through research, advocacy, supports and services. Keith holds a Bachelor of Finance degree from Boston College and earned a Master of Business Administration degree from Harvard Business School. 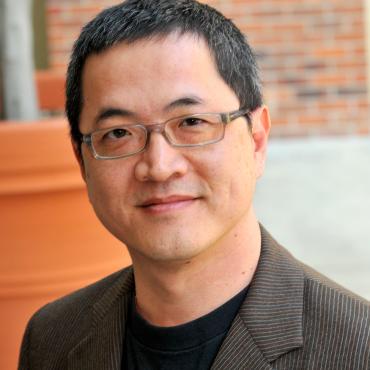 Andy Shih, Ph.D., joined Autism Speaks in 2006, after its merger with the National Alliance for Autism Research where he served as chief science officer. Dr. Shih has held various leadership roles in the organization throughout his tenure including senior vice president of public health and inclusion. In his current role of chief science officer, Mr. Shih is responsible for the science portfolio, including grantmaking, the MSSNG genomic research project and the Autism Care Network.

Since joining Autism Speaks, Dr. Shih has led important advancements toward the organization’s mission, including the development of several large international research consortia that delivered high impact scientific outcomes for the community. He was central to the 2008 passage of the World Autism Awareness Day resolution at the United Nations and subsequently led the development of the Global Autism Public Health (GAPH) initiative that provides technical support to country governments to enhance autism awareness, advocacy, research and services worldwide.

Under Dr. Shih’s leadership, Autism Speaks supports ministries, government agencies and leading nongovernmental organizations in more than 70 countries to deliver better outcomes and quality of life for tens of millions of individuals and families. With emphasis on human rights, science-driven advocacy and policymaking, and the development and implementation of innovative tools and programs, the team aims to help address knowledge and health disparities for individuals and families affected by autism and developmental disabilities worldwide, including underserved communities in the U.S. and other high-income countries.

Dr. Shih holds a Ph.D. in molecular cell biology from New York University School of Medicine. His research background includes published studies in gene identification and characterization, virus-cell interaction and cell-cycle regulation. He was instrumental in the cloning of a family of small GTPases involved in cell-cycle control and nuclear transport and he holds three patents on nucleic acids-based diagnostics and therapeutics. 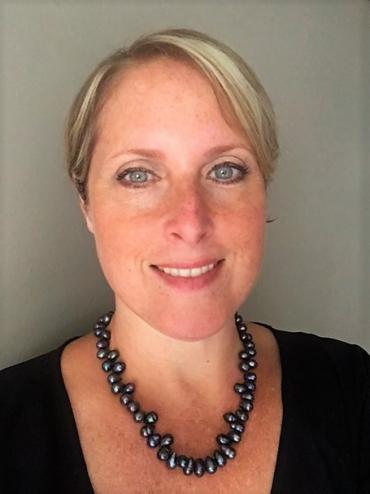 Lynn Happel joined Autism Speaks in September 2014, holding successive roles in finance and data services. She is responsible for ensuring operational excellence across information technology and data services to empower the Autism Speaks mission. In her previous position as vice president of finance, she was instrumental in building a best-in-class finance team and supported the organization’s financial reporting and donation processing systems.

She has extensive experience in system implementation, data migration and related improvements.

Prior to joining Autism Speaks, Lynn was the director of financial operations at Wenner Media LLC, where she managed the accounting, finance and technology teams for nearly 10 years. She was responsible for all financial reporting and related management reports, preparing bank and investor compliance reporting, contract review and negotiation, and development of operating and capital budgets. She put in place powerful financial systems and interfaces between various ad serving and billing systems.

Prior to that, she was a divisional controller at Springer Science and Business Media, where she worked for 13 years and began her career in finance and technology. 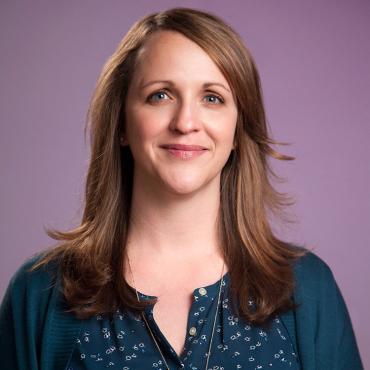 Jennifer Schell Podoll leads the field team and event strategy as the SVP of Constituent Engagement. She joined Autism Speaks in 2018 and took on her current role in 2019. With responsibility for the Autism Speaks Walk, TeamUp and other peer-to-peer and special events, Jennifer leads the largest revenue operation of the organization. During her tenure, she has elevated volunteer engagement with the launch of the executive leadership council structure nationwide and centralized operations activities of the field, allowing the front-line team to focus on critical community engagement and collaboration.

Jennifer has devoted her career to serving the nonprofit sector and possesses a depth of experience in fundraising and marketing, as well as volunteer and donor engagement, strategic planning and crisis management. Prior to Autism Speaks, she served as Chief Development Officer at Guiding Eyes for The Blind, where she was responsible for leading marketing and PR as well as all revenue streams: major gifts, direct response, planned giving, digital, corporate and foundation. She previously served as VP of March for Babies at March of Dimes, leading their single-largest revenue stream, and spent more than 12 years at the American Cancer Society in a variety of positions, including SVP of Communications & Marketing, EVP of Greater NY and VP, Community Engagement.

Jennifer holds a bachelor's degree from Concordia College and a master's degree in Nonprofit Management from New School University.

Kelli leads a team of professionals in the creative expression and messaging for Autism Speaks while increasing revenue and brand awareness and bringing forth the crucial issues facing the autism community.

Before joining Autism Speaks, Kelli served as the Chief Marketing, Communications and Development Officer for Special Olympics. As CMCDO, she successfully integrated the organization's fundraising and marketing initiatives. Under her leadership, Special Olympics reached record revenue, revitalized the celebrity ambassador program, and developed and executed multiple campaigns. Most notably was the creation of the global "Revolution is Inclusion" campaign which ignited a movement for inclusion in schools, healthcare, and employment for people with intellectual disabilities.

Kelli served as the Chief Development Officer of the United Service Organizations (USO) from 2008 to 2014, where she led fundraising efforts to support America's servicemen and women. In addition to her positions in D.C., she made her mark in several organizations in California. As President and CEO of Make-A-Wish Foundation Los Angeles, she was responsible for the operations, fundraising, and marketing to support the wishes of children with life-threatening medical conditions in Southern California. Kelli also served as the Beverly Hills Chamber of Commerce and Conference and Visitors Bureau President and CEO. 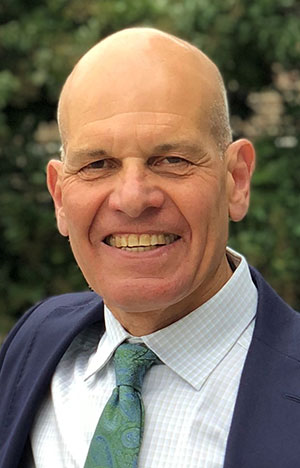 Stuart Spielman joined Autism Speaks in 2008 as senior policy advisor and counsel after a long legal career and years of advocacy as a volunteer. He assumed the role of senior vice president of advocacy in 2018 and leads Autism Speaks advocacy efforts.

Under Stuart's leadership, Autism Speaks has played a pivotal role in ensuring more people with autism and their families can access the crucial services and supports they need. Over the past two decades, he has led or contributed to important initiatives and milestones including:

Stuart and his team advocate at the grassroots, state and federal levels to ensure the needs of the autism community are represented in policy. These efforts have translated to meaningful support for millions of people on the spectrum.

Stuart holds a Juris Doctor degree from the University of Wisconsin School of Law and a Masters of Laws in Taxation from the New York University School of Law. He and his wife Mona have two adult sons, one of whom is on the autism spectrum. 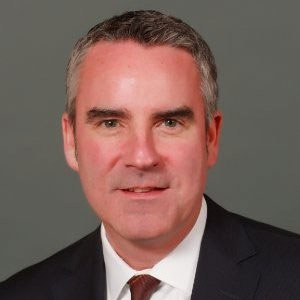 Joe provides leadership across all support functions of the organization with an aim for workplace excellence and an outstanding level of integrity and compliance. Specifically, he leads strategy and high-level management of all financial activities, information technology, human resources, data base administration, donations processing, facility management, legal, risk and compliance.

Since joining the organization, he has delivered seamless financial and operational support which has ensured ongoing growth and sustainability, as well as furthered its mission and expanded impact.

Joe is an accomplished senior executive with twelve years of experience transforming mission driven non-profit organizations. Prior to joining Autism Speaks, Joe was the Chief Operating Officer at United Way of Metro Chicago. As the COO, Joe led his peers in the integration of a number of innovative, transformative initiatives, including; redirecting United Way’s community investments into cutting-edge place based strategies, negotiating and leading a number or regional consolidations, implementing a high-net worth donor strategy and launching a digital donor engagement program. As a valued member of the Senior Leadership Team, he designed and implemented United Way’s strategic plan in close collaboration with the CEO and Board of Directors.

Joe holds a Bachelor of Business Administration with a concentration in Operations Management from the University of Toledo.