Research reveals racial differences in perceptions of autism prior to diagnosis 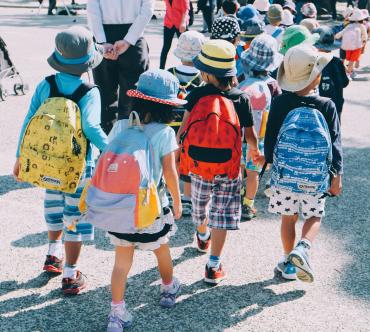 A study published recently in Autism reveals racial differences in the way parents think about autism spectrum disorder (ASD) prior to their child’s diagnosis.

Researchers studied 489 children between ages 1 and 15 at their first ASD evaluation. Participants were 48% white, 23% Black/African American, 10% Asian, 6% Hispanic and 13% multiracial or other.

While all parents came to the evaluation with concerns related to their child’s communication, social and emotional/behavioral challenges, parents of white children were more likely to suspect that their child had autism than parents of multiracial, Black, Hispanic and Asian children.

Further, the results showed that white children whose parents believed they had ASD prior to a diagnosis had less severe symptoms. However, in other racial/ethnic groups, early parent knowledge of ASD was not associated with better outcomes.

These results could reflect disparities in access to medical knowledge and education among minority communities. White parents overall have greater awareness of ASD than people of color, leading to earlier interventions and better outcomes for their children. In contrast, racial/ethnic minority parents are less likely to believe their child has ASD, delaying access to care.

The findings may also imply the existence of structural racism and provider bias in the healthcare system. Racial/ethnic minority children had worse outcomes than white children even when their parents were equally knowledgeable about ASD prior to diagnosis, indicating differences in the quality of care.

Additionally, the research showed racial differences in the types of concerns that led parents to seek out an autism evaluation for their child. Parents of Black and Hispanic children were more likely to have concerns about their child’s communication issues, while parents of white children were more concerned about their child’s emotional/behavioral skills. Hispanic children whose parents reported that their child did not make eye contact or respond to their name were more likely to get an ASD diagnosis and experience severe symptoms.

It is possible that for minority parents, “communication” may serve as an umbrella term that encompasses other ASD symptoms like social skills and cognition. ASD screening and assessment practices should take this into account, paying particular attention to communication concerns among parents in Black and Hispanic communities. Providers who are educating minority families and raising awareness of ASD should also focus on early social communication challenges as a key symptom.