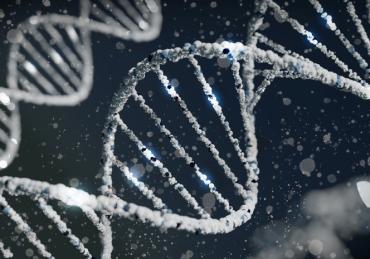 Included among these, Dr. Brett Trost, research associate at the The Centre for Applied Genomics in the Hospital for Sick Children, Toronto, shared the findings of his upcoming Autism Speaks-supported research study, “Genomic Architecture of Autism Spectrum Disorder from Comprehensive Whole-Genome Sequence Annotation”.

Dr. Trost and his colleagues drew data from the Autism Speaks MSSNG database as well as the Simons Simplex Collection and the 1000 Genomes Project. The researchers conducted whole-genome sequencing on the DNA of over 18,000 individuals with autism, examining nearly the entirety of each individual’s genetic code in order to identify the genetic changes, or variants, that underlie autism spectrum disorder (ASD).

Researchers found 135 genes that were statistically associated with autism, 27 of which were completely novel. Autism-associated genetic variants were found in about 15-17 percent of autistic participants in the study.

There were many different types of genetic variants detected in these individuals. Some alterations were a single letter change in the DNA code, while others affected large portions of the chromosome.

The wide range of genetic variants identified in the study show the complexity of this research and demonstrate the importance of whole-genome sequencing programs like MSSNG. These findings provide a better understanding of the types of genetic changes and the specific genes that increase the risk of autism, which can help facilitate earlier diagnosis and even inform new, more personalized treatments or clinical care.

“We hope the genetic findings here will give a more complete picture of the genetics involved in autism, give insight into the biological circuitry that’s impacted in autism and potentially lead to new avenues for treatments,” said Dr. Trost. “However, we acknowledge that there’s still a lot of work to be done in understanding the architecture of autism.”

This research was only made possible by the Autism Speaks-supported MSSNG program, the generous donations of autism advocates, and thousands of families and individuals that contribute to the MSSNG project. Through our science programs, Autism Speaks continues to be a catalyst for life-enhancing research breakthroughs that improve the lives of people with autism and their families.