Guidelines help doctors identify physical causes for behavioral problems; download a free copy to share with your doctor - from the Autism Speaks Autism Treatment Network in its role as the nation's Autism Intervention Research Network for Physical Health 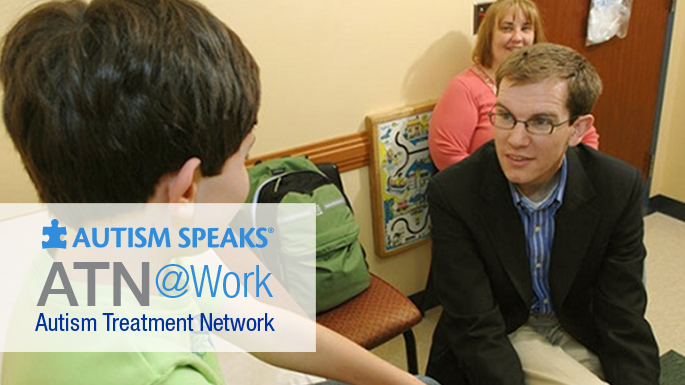 Adapted from an article originally appearing in Pediatrics Nationwide, a blog by Nationwide Children’s Hospital.

Issues causing children with autism spectrum disorder to be irritable and act out can be difficult for parents, teachers and other care providers to uncover. In part, this is because many children – and adults – affected by autism have difficulty communicating pain and distress. Making matters worse, it can take months to see an autism specialist – leaving the patient with autism frustrated, distressed and in physical pain.

The guidelines – developed through the ATN’s federally funded role as the Autism Intervention Research Network on Physical Health – help pediatricians and other primary care doctors identify when there are medical causes behind emotional outbursts and other problematic behaviors in someone who has autism.

“One of the big points is to consider medical conditions as possible causes for these irritable and problem behaviors,” says ATN medical director Daniel Coury. Dr. Coury is chief of developmental and behavioral pediatrics at Nationwide Children’s Hospital, in Columbus, Ohio. The hospital is one of 14 ATN centers across the United States and Canada.

“Physicians are pretty good about asking about changes in caregivers or teachers or the environment that may be influencing the behavior,” Dr. Coury says. “But, they are less apt to consider an underlying medical problem.”

In one case, when a child started reaching aggressively for his parents’ throats, the mother and father thought the child was trying to choke them. After medicines and behavior management made no improvement, the ATN doctor asked if the parents had noticed any physical changes in their child around the time he began grabbing for their throats. They recalled his breath sometimes smelled sour.

It turned out that the boy was suffering from painful gastrointestinal reflux. He was trying to tell them his throat hurt, Dr. Coury explains.

“We know primary care pediatrics is a high-volume business – a typical visit is 8 minutes – but we emphasize taking a thorough history,” Dr. Coury says. “It takes time and asking a lot of questions.”

The new “treatment pathway” (see image below) guides doctors to not only assess and address possible medical causes for a behavior. It also helps them evaluate common autism-related issues including communication difficulties, psychological and social stress, problematic behavior patterns and co-occurring psychiatric conditions.

Research confirms that children and adults with autism have unusually high rates of many physical and mental health conditions including gastrointestinal distress, disordered sleep, epilepsy, anxiety and depression.

The pathway also guides doctors on how to work with family members, teachers and other caregivers to address underlying problems, as well as clear indicators for referral to medical and/or behavioral specialists.

“There are evidence-based treatments that can help these behaviors,” says Dr. Coury, who is also professor of Clinical Pediatrics and Psychiatry at The Ohio State University College of Medicine. “So the physician doesn’t have to take a stab in the dark.”

Science News
Highlights from the 2018 meeting of the International Society for Autism Research May 9-12
We're Here to Help Chat with Us
Autism Response Team Chat
There are no available agents at the moment.