We all need support – not just the child on the spectrum. It’s obvious that Autism Speaks is an organization that is always working towards meaningful change in the autism community. 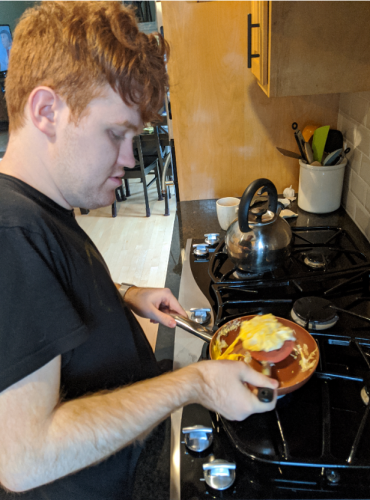 Seeing autism through the eyes of a grandfather

Tom A. didn’t know much about autism spectrum disorder when his grandson, Liam, was diagnosed 18 years ago. Although he thought Liam was different than other children his age because of his disinterest in physical affection and his love of being bundled in heavy blankets, it wasn’t until tragedy struck that he realized there was more to it.

“When Liam was around 18 months, he nearly died when he crawled into the fireplace up in our cabin in northern Minnesota. He was airlifted to the nearest hospital for extensive skin grafts and round-the-clock critical care for severe burns. I’ve never been that scared in my entire life,” Tom said.

“But it was as if he didn’t even realize what he did was wrong – almost unfazed by everything that was happening. Around that same time, he started to regress in many areas and even stopped using words. I think it was at that point that my daughter and her husband decided that he needed to be evaluated.”

Liam was officially diagnosed with autism around his second birthday, and his parents immediately enrolled him in a variety of therapies and special education services to put him on the best path to achieve his full potential. Tom explains that not only was it a long process for Liam’s parents to find him the proper services he needed at the time, but also stressful because of the lack of readily available information.

As an executive at UnitedHealthcare for the past 17 years, Tom knows how important it is for families to have access to critical services for their children and grandchildren. His family’s struggles during the early stages of Liam’s diagnosis led him to become a regular supporter of Autism Speaks’ mission to promote solutions, across the spectrum and throughout the life span, for the needs of people with autism and their families. 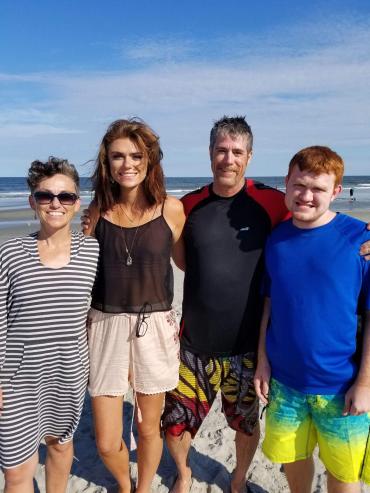 “They are the ideal central hub for everything you need when it comes to autism and autism-related services, especially for helping parents and grandparents through the entire process. We all need support – not just the child on the spectrum. It’s obvious that Autism Speaks is an organization that is always working towards meaningful change in the autism community.”

Now, as Liam transitions into adulthood, job opportunities for people with autism can seem hard to come by, and Tom can’t help but worry what the future holds for his grandson. That’s why employment is such a core focus of Tom’s support of Autism Speaks’ mission.

“Today, Liam is a happy, funny 20-year-old kid, who has come such a long way. He is still severely impacted by his autism, but the strides he has made thanks to ABA therapy, music therapy, speech and occupational therapies, and special education classes have been astounding. His parents are constantly in search of employment opportunities for him, but it’s an uphill battle. He’s worked at Walgreens and Target stocking shelves, which he loves, but we want more for him,” Tom said.

National data shows that most autistic adults are unemployed or underemployed, despite being ready, willing and eager to work. Autism Speaks, together with our partners, is committed to changing this through initiatives that support people with autism to find, secure and keep meaningful work. Together with Best Buddies, Special Olympics and the Entertainment Industry Foundation, we teamed up to launch Delivering Jobs, an inclusion campaign dedicated to equipping people with autism, intellectual and/or developmental differences with the resources and skills needed for employment and leadership opportunities. 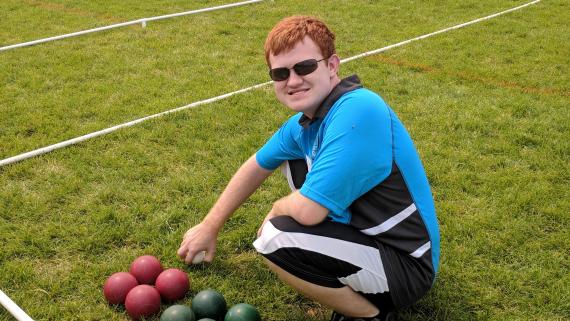 For more information about Autism Speaks employment efforts, visit autismspeaks.org/autism-employment. There, you can access our Employment Tool Kit, which helps people on the spectrum research, find and keep employment, and our Autism Empowerment Kit, designed for businesses that want to learn more about hiring and retaining employees on the spectrum and much more! Adults and young adults on the spectrum can also prepare for employment through the Transition Roadmap to Meaningful Employment.