Meet Barry and David B.

I want to do as much as I can while I’m alive to make charitable gifts that make a difference in the lives of other kids and parents who are going through similar things. 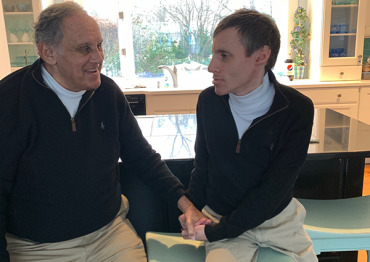 If you happen to run into Barry B., 80, and his son, David, 51, near their hometown of Cohasset, MA, you might catch yourself doing a double take. Seeing an adult father and son duo sporting matching outfits might seem a bit out of the ordinary, but for Barry and David, it just works.

Barry, a self-described problem solver by nature, said he decided the two would dress alike many years ago when David, who was diagnosed with autism as a toddler back in the early 1970’s, unexpectedly ran off the family property. It was at that moment that his dad instincts kicked in and it would be matching outfits for the Bronstein boys so that if he ever ran off again, Barry would know exactly what David was wearing.

It’s that innate instinct to always think two steps ahead that would allow David to live a dignified, semi-independent life. Because David’s autism prevents him from speaking for himself and expressing his physical and emotional feelings, wants and needs in a typical manner, Barry created an intricate system that tracks David’s health, temperament, physical activity and overall wellness throughout the day. Not only does this hourly monitoring system provide peace of mind that his son is always well taken care of, but it allows David to have a regimented schedule that best suits his needs and live his most fulfilling life. 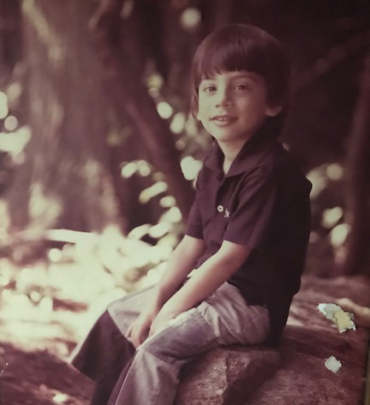 “My wife Judy and I helped David move into his own home about 15 miles from our family home when he turned 37. I never wanted David to live in a group home, but I knew he would always need to be cared for 24/7. With that said, I took it upon myself to develop a system that would allow for that to happen,” said Barry. “We have someone there with him at all times to track everything from David’s weight, blood pressure, temperature, bathroom schedule and sleep to his hyperactivity levels, meals, exercise routines and iPad time. It’s the only way he’s able to have his independence.”

When David was diagnosed with autism more than 45 years ago, finding reliable resources about autism and reputable services providers was nearly impossible, so Barry did the only thing he knew how to ensure his son would be able to reach his potential. First, he resigned from his job at International Business Machines (IBM) because of a hefty travel schedule and found another job closer to home that would allow for him to be home with his son every night. Then, he would spend his spare time perfecting the care system that would provide David with a regimented routine of basic life skills and a stable daily support system he would need to one day live on his own. 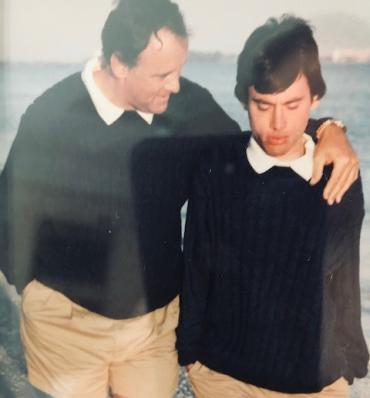 “Finding the right people to care for David and implement this system properly has always been my biggest concern. I’m proud to say he’s happy and healthy all these years later, at 51 years of age. Since he’s been living on his own, David has had just three caretakers. It takes a special person to care for him similarly to the way his family would care for him. It’s also a testament to David’s personality.”

Today, Barry supports the life-enhancing research work of Autism Speaks with hopes of improving the lives of people severely impacted by autism like his adult son. He recently made a substantial gift to Autism Speaks’ PATH to Discovery (Precision Autism Treatments for Health), a groundbreaking science research program to build a roadmap to personalized medicine for people across the autism spectrum. By pairing biological data with deeper behavioral information, researchers can discover specific biological changes that influence health and potential new treatments, while tracking clinical care and how those issues are treated. This critical link helps to understand which of those treatments improve health of people who have similar subtypes of autism.

“I knew nothing about autism when David was diagnosed – I don’t think anybody really did. I tried to find information and listen, but I had to figure it all out on my own. I want to do as much as I can while I’m alive to make charitable gifts that make a difference in the lives of other kids and parents who are going through similar things. I’d love to see real positive results in my lifetime and real lives being improved by research.” 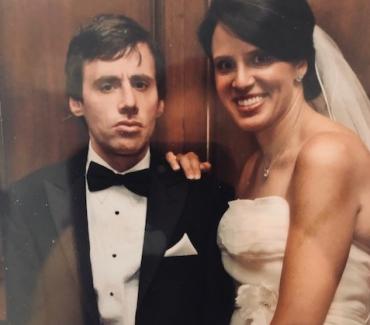 For nearly 15 years, Autism Speaks has invested over $230 million in scientific research that has shaped the field’s understanding of autism and provided data-driven, long-term solutions to help people with autism and their families. The MSSNG, Autism Care Network and PATH to Discovery initiatives are strategic investments to complement and advance the global autism research field.