Kindness means to care about others. It is important to spread kindness because you can create a lot of new relationships and show love to one another. 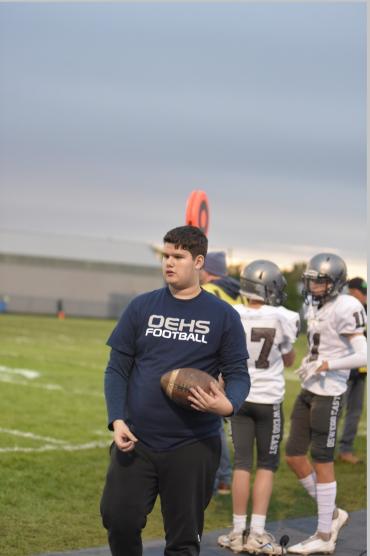 Picture this: you’re back in high school, sitting at the lunch table in the cafeteria. You’re biting into your pizza rectangles, laughing with friends and talking about homecoming plans and which parties you’ll be crashing this weekend. This might sound like a scene straight out of a teen movie, but for many, this isn’t how the story goes.

For those who don’t thrive in social settings high school can be a lonely place. For Andrew, who was diagnosed with autism at 18 months and faced severe challenges for much of his childhood, this was his unfortunate reality until his freshman year of high school when he enrolled in Oswego East High School (OEHS), a public school in a southwest suburb of Chicago.

It was at OEHS that Andrew finally found a sense of belonging when Tyler Allison, coach of the school’s sophomore football team, changed Andrew’s life with one simple act of kindness. After noticing that Andrew ate his lunch alone, isolated from others, Coach Allison challenged his players to step outside of their comfort zones to make a new friend.

“Andrew’s social life was non-existent prior to finding his football family,” says his mom, Lisa. “I could tell he was depressed by not having friends and his confidence was extremely low. I tried to get him involved in sports and do whatever I could to help, but he just never felt accepted – it was the hardest thing to watch.”

Having the coach urge the players to say hi to Andrew in the halls or to sit down and eat lunch with him turned out to be the start of something truly special. “A few small gestures of human kindness turned into real friendships for my son that we thought he’d never have,” says Lisa.

Over time, Andrew and the players on the Wolfpack sophomore football team developed a close bond and the team welcomed Andrew into the pack. Coach Allison officially made Andrew the team’s manager – a duty the 17-year-old junior takes very seriously. You can find him on the sidelines during practices and games, always eager to lend words of encouragement or provide the coaching staff with his thoughts on stopping the opposition’s running game. Even when football season recently ended, Andrew and his newfound friends still get together outside of school and have proved that friendships don’t end just because the season does. 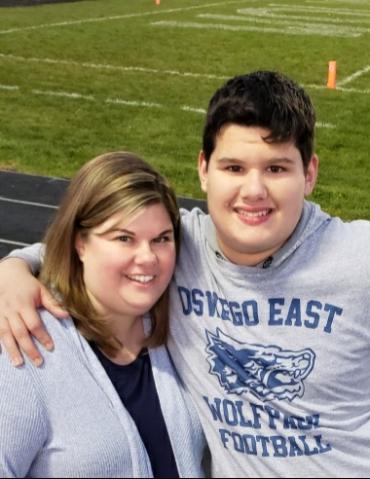 “Andrew thought the kids were going to leave him once the season was over, but one day he came home and said, ‘Mom, I was wrong! The football players are still here! They are still here!’

“I tried to tell Andrew that friends stay forever in our hearts and won’t disappear just because a season ends. Now he’s paying it forward by reaching out to other kids with special needs and forming new friendships. My son is absolutely loving that there are kids just like him, and as a mom, I don’t feel alone anymore.”

Like all of us, Andrew is still working through some of his challenges. Although he has made monumental strides in recent years thanks to intervention services and therapies, his mom says he still faces challenges with finding the right words to hold a conversation and needs extra support with daily life skills. But it’s his strengths and weaknesses that make him who he is.

Since her son’s transformative experience in his new school, Lisa has made sure to reach out to other parents of children with disabilities who might be looking for a shoulder to lean on or resources to navigate the various challenges that can come with feeling like an outsider.

“I’m part of a Facebook group where I’ve heard from many families that they feel alone. I have told them about the abundance of resources at Autism Speaks because Autism Speaks was there for me and Andrew when we needed them most – especially helping me find early intervention services when Andrew was first diagnosed. In the end, we are all different. If you see someone sitting alone; go sit with them. You could truly change a person’s life by just being kind.”

Learn more about Andrew’s journey through his own words in this Q&A: 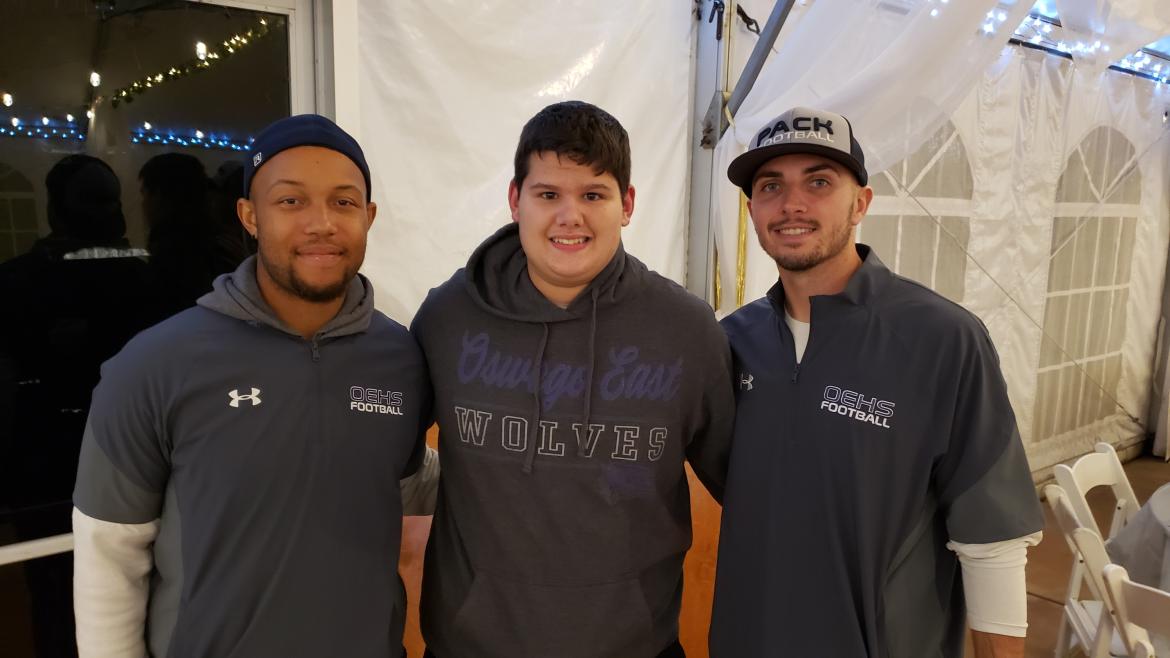 What’s the best part about being the team manager for the football team at Oswego East?

Helping out the coach and players with the strategies they should use, motivating and giving them compliments. I love hanging out with them. They are so nice to me. 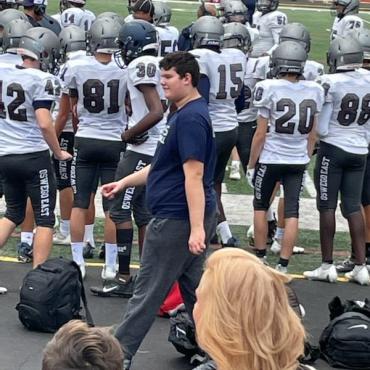 What’s the best part about knowing you have true friends in the players and coaches on the football team?

The best part is knowing that I can count on them if I need them. I know if I needed anything, they would be there for me.

If you saw someone sitting alone in the cafeteria, what would you do for that person to show them kindness?

I would go sit with them and invite them to go do something fun like how my mom and I have been doing for others in the school. We have been helping so many kids just like me.

What does kindness mean to you and why is it important we all show kindness to one another?

Kindness means to care about others. It is important to spread kindness because you can create a lot of new relationships and show love to one another.