New findings on probiotics for autism 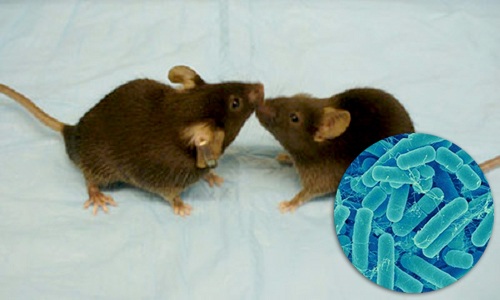 Over the last week, many of you have read headlines about a promising probiotic that might help people who have autism. The news stories refer to a new scientific report, in the journal Cell, describing how one strain of the probiotic Lactobacillus reuteri reduced some autism-like behaviors in mice – mice that had abnormally low levels of this microbe in their digestive tract.

The researchers, led by neuroscientist Mauro Costa-Mattioli, director of the Memory and Brain Research Center at Baylor College of Medicine, and Shelly Buffington, a postdoctoral fellow in Costa-Mattioli’s lab, expressed enthusiasm for conducting a future clinical trial using this probiotic with people who have autism.

The findings are particularly interesting because many popular probiotics and cultured dairy products already contain one or more strains of L. reuteri, which occurs naturally in breast milk and a healthy intestinal tract.

Dr. Williams is also a co-investigator on a major Autism Speaks-funded study investigating the role that the microbiome plays in autism-related GI issues and behavioral symptoms. The microbiome includes the body’s normal community of intestinal bacteria, which help us digest our food and interact with our body’s disease-fighting immune system.

Autism Speaks: Prior to the results of the new Baylor study, what did we know about the association between intestinal bacteria – or the microbiome – and autism?

Dr. Wang: Studies of people with autism suggest that many of them have marked differences in their microbiome compared to other people. But these studies haven’t been consistent in pinpointing specific differences – that is, the presence of any one particular bacterium or the absence of another.

Studies in mice have shown that changes in the microbiome can affect brain development and function. As in the Baylor study, previous mouse studies have also shown an association between changes in microbiome and autism-like behaviors such as social avoidance and repetitive actions. In some of these studies, probiotic treatment helped alleviate some, though not all, of these behavioral differences.

Dr. Williams is among the investigators currently involved in a major study, supported by Autism Speaks, which we hope will give us crucial information about these differences. It will better define how the microbiome differs in children with autism. That promises to both advance understanding of how autism develops and guide the development of new therapies for those with autism.

Autism Speaks: What did the Baylor study add to our understanding of the microbiome in autism?

Dr. Williams: In some ways, this mouse study was similar to a groundbreaking 2013 study led by Autism Speaks Weatherstone Fellow Elaine Hsiao. That study associated autism-like behaviors with distinct changes in the microbiome and showed that feeding the mice Bacteroides fragilis - another beneficial intestinal bacterium – improved their sociability. 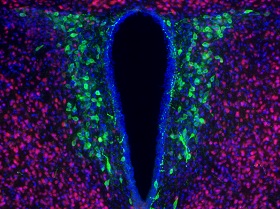 The new mouse study goes further in exploring a possible explanation of how changes in bacteria influence brain development and function. For instance, the researchers showed that restoring levels of the “good” bacterium Lactobacillus reuteri resulted in higher levels of oxytocin, a hormone associated with social behavior. It also improved signs of brain plasticity – the brain’s ability to form new connections that foster learning.

While both Dr. Hsiao’s and the new Baylor study produced promising findings, they also highlight that we don’t yet fully understand how microbiome-brain interactions influence the symptoms of autism. For instance, we don’t know why the probiotic treatments used in these mouse studies improved social interaction, but failed to ease repetitive actions and signs of anxiety.

Autism Speaks: What role might inflammation play in the autism-probiotic connection?

Dr. Wang: A key question researchers are asking is how does the microbiome influence the brain? There are multiple possibilities, and more than one of them could be true.

Keep in mind, however, that the autism-microbiome connection may not have anything to do with inflammation per se. For instance, the authors of this week’s report propose that the changes in the brain associated with changes in the microbiome involve the vagus nerve. This nerve forms a direct connection between the gut and the central nervous system. Chemicals produced by certain intestinal bacteria may have a direct effect on this nerve – and through it the brain.

Autism Speaks: Do you have any cautions about the conclusions that the Baylor researchers drew from their study?

Dr. Williams: For instance, some studies have found that levels of L. reuteri are much higher in the normal mouse microbiome than in the typical human microbiome.

Autism Speaks: Is it premature for people to see if taking an available L. reuteri supplement improves their or their children’s autism symptoms? What guidance can you provide?

Dr. Wang: We know that many of our families use over-the-counter probiotics that contain L. reuteri. We’re not seeing any miracles, but these probiotics seem to be generally safe and may have benefits not directly related to autism.

Dr. Williams: For instance, one study found that the use of a probiotic L. reuteri helped ease constipation in children. Other studies have suggested that certain probiotics can help reduce abdominal pain. We know from clinical experience that these GI issues affect behavior in children who have autism.

Dr. Wang: We recommend that families discuss their interest in trying probiotics with their healthcare provider. We also recommend that they carefully consider what symptoms they’re hoping to improve and then monitor the response carefully to see if there’s a benefit – or, for that matter, any unwanted side effects.

Autism Speaks: Dr. Williams, you’re involved in an Autism Speaks-supported study on the microbiome’s role in autism. Can you tell us a about it and how it relates to the Baylor study?

In preliminary studies, likewise supported by Autism Speaks, we studied the microbiome in children being evaluated for constipation and/or abdominal pain in our GI department at Nationwide Children’s Hospital. This included children with autism as well as children who were developing typically.

The results from this preliminary study indicate that the microbiome differs between children with autism and those not affected by the condition.

We hope these studies will help us identify GI problems in children with autism – particularly those who don’t have the verbal skills to communicate their pain. We likewise hope that these studies will foster the development of new GI therapies that ease the anxiety and disruptive behaviors that commonly occur in children with autism – behaviors that may stem from microbiome-related alterations.

Dr. Wang: GI problems are so common among both children and adults who have autism. They can profoundly affect quality of life. That’s why we’ve long supported research into their causes and treatments. The previous research by Dr. Hsiao and others – and now these intriguing new findings – tell us that GI treatments have the potential to do more than just relieve painful GI distress. They may also have the potential to ease some of autism’s core symptoms.

Autism Speaks: What next steps would you like to see in research on the gut microbiome and autism?

Dr. Wang: The research that Dr. Williams and his colleagues are pursuing is an important next step. We need to understand how the microbiome is different in people who have autism and how these differences can cause or worsen autism’s behavioral symptoms. With this information, we can go on to design studies of microbiome treatments that have the potential to ease autism symptoms and GI distress. This kind of research promises to improve lives on multiple levels.

Spotlight on the gut bacteria-brain connection in autism

News
Autism Research Series – ‘Discovery to Solutions’
We're Here to Help Chat with Us
Autism Response Team Chat
There are no available agents at the moment.