Gut Reaction: The science for fecal transplants in autism is not there yet 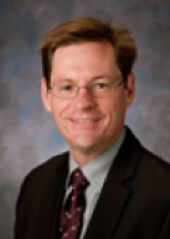 This week’s “Got Questions?” answer comes from Kent Williams, M.D., pediatric gastroenterologist at Nationwide Children's and the Medical Director of Endoscopy. He specializes in treating GI conditions in children with autism.

A recent study at Arizona State University looked at the long-term effects of a microbiota transplant, or fecal transplant, in 18 children with autism and gastrointestinal problems. This paper is a longer-term follow-up to the initial 2017 study, where participants had Microbial Transfer Therapy (MTT), to see if their symptoms had changed two years later.

What is a fecal transplant?

MTT in this study had many steps. The children first received antibiotics for two weeks. Next, they had a bowel cleanout like the one people take to prepare for a colonoscopy. Then they received a “transplant” of healthy donor bacteria. The transplant was either by mouth or by enema for the first dose, and then by mouth for 7 or 8 weeks.

Previous studies showed that MTT can treat certain bacterial infections that do not respond to antibiotics.  As with any medical therapy, there are risks (known and unknown).  In people with life-threatening infections, the risk of MTT is lower than not treating the infection. Even in these cases, they are still experimental. Two patients recently acquired infections from a fecal transplant, and one died from the infection.

For children with ASD, further studies are needed on MTT that are randomized, double-blind, placebo-controlled studies. These would help us know if it is truly effective for ASD. These would also help find any potential risks of the therapy that would make it unsafe for children. In the report of MTT in children with ASD, some of the children’s behaviors worsened when given the medications for preparing the bowel for MTT.  Further studies that are needed to see if certain children are at more risk for aggressive or other challenging behaviors while having this therapy.

In addition, the field of microbiome studies is very new.  Currently no one knows exactly what a makes a “normal” microbiome. While donor samples for fecal transplants are screened for things that may cause infections, no one truly knows what the long-term effects are of various bacteria. It is possible that certain bacteria may later be found to cause other psychological or medical problems.

In this small group of children, investigators reported that GI symptoms and ASD behaviors improved. The improvements lasted until the first follow up 8 weeks after finishing the therapy. Two years later, autism symptoms were still better. The transplanted microbiome also was still present.

One drawback to this study is that it was “open label.” Everyone knew that they were getting the treatment.  There was not a comparison group who did not receive any treatment. Open label studies are known to have a strong “placebo effect.” To really know if a therapy works, a study needs to compare two groups. One group gets treated, and the other group gets a” fake” treatment. Ideally, no one would know who is treated and who is not treated. In treating ASD, these types of “blinded” studies are very important. The researchers themselves point out that blinded studies need to look at each step of the transplant process to know if MTT truly changes ASD symptoms and behaviors. Open label studies are well known to show positive results to only later show that is was primarily a placebo effect.

We can only recommend treatments that have enough studies showing evidence that the treatments are safe, that they work, and which people they will work for. Researchers can and should try to repeat and broaden this study to find out if MTT meets this standard. Until then, fecal transplants are experimental for autism.

Where can you get MTT?

MTT is not available in the U.S., except in rare cases of life-threatening intestinal infections. But further research on MTT in autism will help us understand if it is safe and effective. Your best source for finding clinical trials that apply to you or your child is to search the national database at www.clinicaltrials.gov and search for keywords related to a health condition. You can find autism-specific studies posted on our website at the following link: https://science.grants.autismspeaks.org/participate-in-research/

Participation in research is vital to the autism community. Get involved!