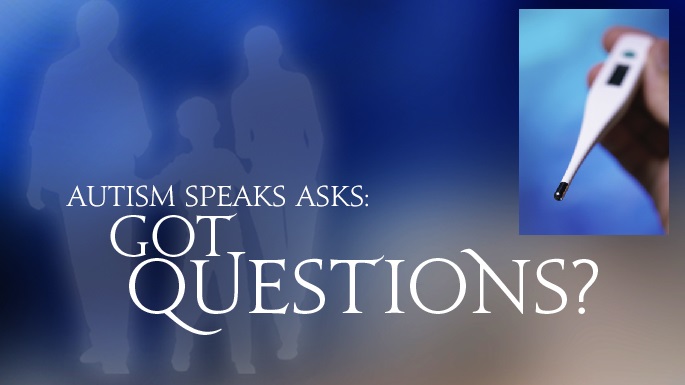 Febrile – or fever-induced – seizures are common in babies, and pediatricians rush to assure us that they don’t cause harm. Still, they can be very scary, and we frequently hear from parents asking whether that might be the cause of their child’s autism. We asked a leading expert to address your questions and ours. 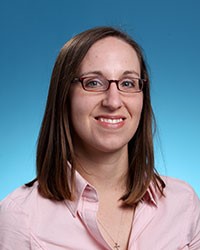 Neurologist Jamie Capal specializes in autism and other neurodevelopmental issues at Cincinnati Children's Hospital Medical Center, one of 14 sites in the Autism Speaks Autism Treatment Network.

Editor’s note: The following information is not meant to diagnose or treat and should not take the place of personal consultation, as appropriate, with a qualified healthcare professional.

Dr. Capal: Febrile seizures are associated with fever above 100.4 degrees Fahrenheit [38 degrees Celsius]. We believe they result from a sensitivity to fever in the developing brain of children who have an underlying genetic susceptibility.

Autism Speaks: How common are they? They are very common, occurring in around 2 to 4 percent of young children. With around 4 million children born in the United States each year, that translates to more than 80,000 to 160,000 children a year. Most occur between ages 6 months to 5 years, most frequently between 18 and 24 months.

However, febrile seizures tend to run in families. This suggests that some families have a genetic predisposition. So if one child in a family has a febrile seizure, we know that the chances of a younger sibling having febrile seizure rises to somewhere between 10 to 45 percent.

Autism Speaks: What are the most common triggers?

Dr. Capal: The most common triggers are viral infections – especially influenza [the flu] and human herpesvirus 6 [roseola, or “sixth disease”]. Both frequently cause high fevers. However, febrile seizures can happen with most any viral infection.

Sometimes a febrile seizure can follow vaccination. However, research suggests this is rare – around 30 febrile seizures per 100,000 children immunized – nothing near the rate we see with common viral infections such as colds, flu and ear infections. [Editor’s note: For more on vaccination and febrile seizures, see “Febrile Seizure Risk After Vaccination in Children 6 to 23 Months,” in the June issue of the journal Pediatrics.]

Autism Speaks: While doctors are quick to assure parents that febrile seizures are generally harmless, when should parents be concerned?

Dr. Capal: I know they’re scary to watch. The good news is that we have a lot of evidence that, in most instances, febrile seizures don’t recur, don’t damage the brain and don’t cause any other lasting problems.

Febrile seizures become concerning when they last longer than 5 minutes. In these instances, it’s important to seek emergency medical care to identify and address the underlying cause of the fever. However, parents should alert their child’s doctor of any febrile seizure, even under 5 minutes, to discuss whether immediate evaluation is needed or can wait for a visit during regular office hours. A pediatric neurologist should evaluate any child with recurrent or prolonged febrile seizures.

Autism Speaks: Can febrile seizures be a red flag that a young child has underlying epilepsy?

Dr. Capal: Febrile seizures, in and of themselves, do not cause epilepsy – which involves recurrent seizures in the absence of a fever. However, children who are genetically predisposed to developing epilepsy may be more prone than a typical child to have a fever-induced seizure.

There are certain infections – such as herpes encephalitis and bacterial meningitis – that can both cause febrile seizures and damage the brain. A child who survives one of these life-threatening infections can have scarring in the brain that causes epilepsy.

Autism Speaks: Can severe febrile seizures be a red flag that a young child may have or be predisposed to autism – especially autism complicated by epilepsy?

Dr. Capal: There is no scientific evidence linking febrile seizures to autism. However, it’s true that epilepsy and autism do commonly occur together – for reasons we don’t fully understand.

Autism Speaks: What kind of discussion do you have with parents who come to you fearing that a bad reaction to a vaccine – such as a febrile seizure – caused their child’s autism?

It’s so important to be respectful. While I explain that there is no evidence that vaccination causes autism, I try to listen and be open-minded. Currently, we can determine a specific cause of a child’s autism only 10 to 15 percent of the time. That lack of a clear explanation for their child’s autism can be frustrating and painful.

There are rare cases when the first signs of a brain disorder involve a child developing seizures and behavioral regression after a vaccine. However, the vaccine-associated fever didn’t cause the condition, it simply unmasked it – or triggered the first symptoms – just as a fever related to an actual infection could have done.

Tool kit
ATN/AIR-P Having an Electroencephalogram (EEG): A Guide for Providers

Tool kit
ATN/AIR-P Having an Electroencephalogram (EEG): A Guide for Parents
Blog
I'm finally ready to talk about my son with autism's epilepsy
Expert Opinion
Amino Acids, Autism and Epilepsy
We're Here to Help Chat with Us
Autism Response Team Chat
There are no available agents at the moment.