This week’s “Got Question” answer comes from Brett Abrahams, PhD, assistant professor of genetics and neuroscience at the Albert Einstein College of Medicine, in New York City. 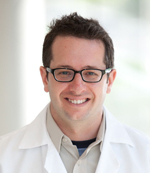 Is there such a thing as an autism genome?

No, there is no autism genome. By definition, a genome is the entirety of an individual’s hereditary material. Our genomes are made up of billions of repeating DNA base pairs. The DNA is a code or instruction manual that governs the ways cells grow, divide and interact in response to signals from the environment and other cells. Each of us has a genome that’s different from all others in many ways. Thousands of these differences help shape who we are, and some influence the risk of developing a genetic disorder.

Researchers have identified a large and growing number of genetic variants that influence autism risk. These rare genetic variants, occurring in specific regions of the genome, can affect the ways cells function in profound ways. Research has identified a number of these variants as greatly increasing the risk of autism. Although each is very rare, 10 to 20 percent of individuals with autism appear to have at least one. People who carry these variants don't always develop autism. However, they’re at substantially increased risk.

We also have evidence of more common genetic variants that increase autism risk by affecting cellular function in subtle ways. In the general population, most people carry one or two of these variants. But one or two does not appear to be sufficient to cause autism by themselves.

To better understand this distinction, take the analogy of driving a car. Driving in a blizzard dramatically increases the risk of a bad outcome. Similarly, having a high-risk genetic variant can profoundly influence the chances that a child will develop autism. Using the driving analogy, more subtle issues can also produce problems. Take, for example, a tired driver, bald tires or wet roads. In isolation, any one is rarely a concern. Likewise, having subtle genetic variants doesn’t necessarily lead to autism. But it increases risk.

Very few genetic variants act in the same way in all individuals. Clearly, there is no one form of autism. These differences reflect differences in genetics and environment. Current thinking suggests that it's the way in which rare and common variants come together with environmental factors that shapes each person’s outcome.

Autism Speaks is funding a number of studies aimed at helping better understand the genetics of autism. You can explore these and other funded research projects using this website’s Grant Search.