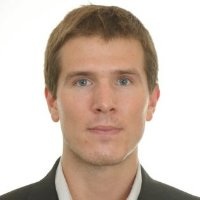 Using the benchmark of 1 percent of the population, China is home to some 13 million children and adults affected by autism. According to the China Disabled People’s Federation, it is the nation’s most prevalent brain development disorder. And thanks in part to Autism Speaks, the spotlight on autism spectrum disorder (ASD) in China has never been brighter.

For the past eight months, I have been exploring the depths of autism in China. This has included volunteering at Beijing Stars and Rain, China’s first private autism advocacy organization. There I have interviewed dozens of families, teachers, health-care providers and other specialists. I’ve traveled to autism schools and research centers across the country.

Officially, my project is academic.  I’m finishing a master’s degree at Tsinghua University. It is also deeply personal.

Before coming to Beijing, I completed a two-year teaching stint for Teach for America. I worked in a low-income school district in urban New Orleans, where I taught four children on the autism spectrum, ages 3 to 6 years old. All were nonverbal and struggled with basic self-care tasks such as using the restroom.

The tragedy was that these children could have benefited so much if they had access to early and effective autism interventions. But my students came from minority families with little money or access to resources. Poverty’s daily reality proved nearly crushing to these families.

Early intervention – as we’ve discovered – is key to helping individuals on the spectrum lead independent, productive lives. But for lack of access to these opportunities, my students continued to struggle. Theirs was a daily battle amidst the chaos of a public school. I struggled to calm them enough to just sit. How was I going to teach them lasting, valuable life skills?

During this time, I felt immense pressure as their teacher. I read everything I could about autism. I attended workshops with teachers specializing in autism education. I reached out to experts.

Still, I remained profoundly overwhelmed. Even as I worked harder than ever for these kids, their progress came in fits and starts.

In tribute to these kids and countless others like them, I decided to use my experience to highlight the needs of individuals with autism – as well as their loved ones and caretakers – here in China.

Autism's universal truths
I discovered many of autism’s universal truths. No matter where you are, families and caretakers are desperate to help their loved ones learn the skills they’ll need to lead independent, fulfilling lives.

When I was teaching in the U.S., I could see this desperation in parents’ eyes, as they sought my advice on their latest scheme to improve their kid’s condition. They’d use credit cards and borrow money from friends to try specialized diets and supplements, even air filters that supposedly charged the atmosphere with “restorative ions.” If any of these worked, I couldn’t tell. But the energy with which families embraced each far-flung idea, no matter the cost, spoke of their dedication.

In China, I’ve experienced a similar phenomenon. I’ve talked to parents who shell out their life savings to pay for rehabilitation classes for their children. Others look for the magic bullet of a cure through untested herbal supplements or traditional Chinese medicine. One family went so far as to seek stem cell treatment in Hong Kong, at a cost of 100,000 Yuan ($16,000 US). All it produced was a dent in their bank account.

However, I also see several powerful differences at the heart of the autism crisis in China.

When I interview Chinese educators and health professionals, they insist that that autism is a “new” disorder here. Certainly the Chinese scientific community and government are just coming to grips with it. China’s very first autism diagnoses were in the 1980s, versus the 1940s in the U.S.

To be fair, public awareness and understanding of autism in China is growing. Until recent years, it was common here to blame autism on bad parenting or even bad karma. As you can imagine, this produced a paralyzing stigma that forced many families to care for their loved ones quietly at home.

The central government, too, has begun to prioritize autism care. Last November, the Chinese Ministry of Health provided 32 million yuan ($5 million US) in funding for China’s first national survey of autism prevalence. This June, a new Beijing program promises to cover the complete costs of early childhood education for children with autism up to age 6.

These developments are encouraging. Unfortunately, the lives of most individuals with autism remain bleak in China. Part of the reason is a deeply entrenched system that, for the most part, puts quality autism care out of reach for all but the most privileged Chinese.

This begins with the public school system. I’ve lost count of the number of families who told me that their child was turned away from a public school because of his or her autism.

In the U.S., we take for granted the public school mandate to provide a “free and appropriate public education” for all children with special needs. In China, public schools routinely turn down students with disabilities because they don’t have the staff or facilities to accommodate him. True, there are special-education schools in each district. However, they remain geared towards educating the deaf, blind and physically handicapped. Children with autism or other mental disabilities rarely receive adequate services.

Today, hundreds of privately run autism treatment centers are springing up across China. Often, they’re created and run by parents and operate outside of government oversight. The overflowing demand produces long waiting lists and pushes prices out of reach for most. Some centers – such as Beijing Stars and Rain – are rightly famous for their teaching techniques and results. Others appear more geared toward earning a fast buck.

We need government agencies to step in to oversee these schools to ensure quality of instruction and guard against fraud and price gouging. To be sure, there are many challenges to be addressed here in China.

Despite the challenges, there’s reason for hope. As institutions treating and diagnosing autism in China grow in number and sophistication, they are drawing on the expertise and resources of international organizations such as Autism Speaks.Autism Speaks has been a crucial adviser on China’s first national survey of autism prevalence. Its partnership with the Beijing Genome Institute is a source of great national pride.

These projects, combined with increased media attention, continue to raise autism awareness in this vast nation. On World Autism Awareness Day, as buildings in Beijing and Shanghai lit up blue for autism, a group of students stopped me on my way to dinner. I assumed they were pitching a new student club. Then I saw that that they had spread blue glow sticks across the ground in front of them.

“Have you heard of autism?” One of the students asked me? I had, indeed.