"I will tell you that this act of kindness meant a great deal to me, in large part due to the fact that someone had truly seen me and my boy." 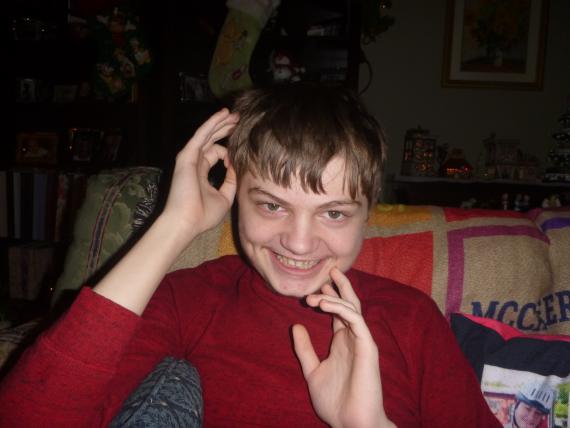 Recently I celebrated the trifecta of weekends- my anniversary, Mother’s Day, and my eldest son’s sixteenth birthday, all within twenty-four hours.

I am really quite tired.

I have a teenager with severe autism, OCD, and tic disorder, and over the years I’ve never really known how things would go on any given holiday. There have been years when we’ve considered it a victory if we just made it through whatever meal we were supposed to be enjoying. There were years we wouldn’t even make it to the meal without weathering some sort of crisis.

I will admit there have been a few Christmases so soul-suckingly hard I’ve ended the day in tears, and I am no longer a big “crier” anymore.

I have to say however that this past Sunday, both Mother’s Day and my son’s birthday, were as close to perfection as one can get in an autism family. Some of it was due to my son’s behavior.

And some of it was due to the kindness of a stranger whose name I will never know.

That Sunday was a rainy mess, but I know my boy loves to get out of the house, so when I got back from church I decided to try to brave our town’s iHop and give lunch a go. We got there and were told it would be a twenty minute wait, but we were lucky to find a spot to sit, and Justin seemed to understand we had to wait for a table. After he rejected my attempts to entertain him with my phone we sat in companionable silence, his vocal stims punctuating the semi-chaos around us, with nobody seeming to mind.

One of the many reasons I love this town.

Within half an hour we were seated, and then the true test for Justin began as we waited forty minutes for our food. After twenty he kept pushing my hand to touch the one menu left on the table (Mommy is magic and will get me fed!), but I was able to keep him calm, and eventually the food came.

He ate all of his and half of mine, but the kid deserved it.

I was already feeling this day was a victory as Justin had waited in two separate places for over an hour for his food and not had a meltdown, but we weren’t done yet.

That’s when I found out some kind souls had picked up our check for us. When I wanted to thank them, our server told us they were already gone.

I’ve heard of things like this happening in our town before. My mom had this gracious effort extended to her once at Friday’s when she was with Justin, and again, she was unable to thank her patron as she had left. I will tell you it brought tears to my eyes, and I wondered what they were thinking. Did they believe I was a single mom trying to share a successful meal with my boy on Mother’s Day?

Did they have a relative with autism?

Were they just awesome people?

I know at least the latter was true.

I will tell you that this act of kindness meant a great deal to me, in large part due to the fact that someone had truly seen me and my boy. Over the years as I’ve continued to bring Justin out into the community I can tell you honestly I have had very few uncomfortable experiences with strangers. Justin has had meltdowns when we’ve been out, but more often than not if I’ve had any interaction with anyone it’s been where they’ve been offering me assistance, not commentary on my parenting.

I’ve been lucky, I know.

But the truth is I often feel invisible when we’re out together. Justin has vocal stims and physical tics, and it’s obvious within seconds of looking at my boy that he’s not from the neurotypical tribe. I would say that most of the time when I’m out with him if I make eye contact with anyone their eyes quickly slide away. On a few occasions I get a smile, but more often than not it’s like we’re just not there.

Trust me, it hasn’t devastated me, I’ve had far more important things to worry about. But just once in a while, it’s nice to have that moment of recognition with a stranger. It’s just nice to be seen.

And that Sunday, we were seen.

And it felt great.

On the slight chance that whoever did this for us is reading this blog, I thank you from the bottom of my heart. You made my Mother’s Day, and made Justin’s day even more special.

I can’t thank you enough.

And I can’t wait to pay it forward myself.

Spread some kindness by taking our #KindnessCounts Challenge