How to teach our children true inclusion

It’s a heavy responsibility, but we are our children’s eyes—and their educators. We must teach them to scan the room and notice the ones sitting alone. 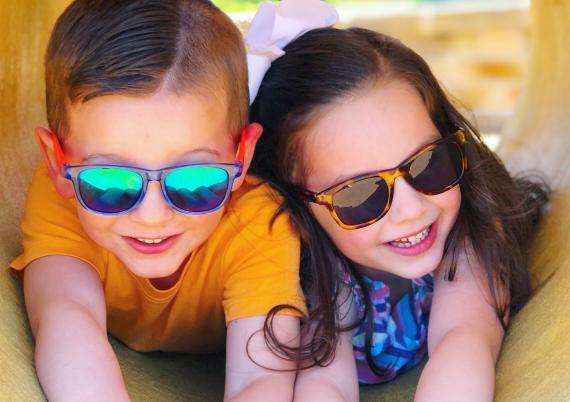 Recently my family attended a birthday party where we didn’t know many people.

Social outings with two children with autism are tricky because there are so many moving parts. There’s the extra sugar that comes with the cake, their social anxiety, and the fact that my five and three-year-old are still fearless. Forget stranger danger, they would run away and never look back.

So often I find myself either scanning the perimeter of the party, or running aimlessly after my children. It’s work. But the best kind of worthy, tireless work, because if an invite is extended, we always attend. I want inclusion for my children more than I want a peaceful outing for myself.

The day was off to a particularly strong start. The party was outdoors, fenced in, and full of water and sand tables which meant my children we’re happily content.

When it came time to hit the piñata, a long line formed, and my kids settled comfortably to the back. Crowds and lines are tough for them. They were happy to wait out the rush.

But when the candy dropped, and the children scattered to retrieve it, my son and daughter made their way up to the front a little too late.

All of it was gone.

I braced myself for a big breakdown, but surprisingly there was just some sadness. My daughter sulked away, and my son circled the ground with his empty bag repeating, “Where’s the candy? Where’s the candy?”

As I tried to redirect back to the sand and water, I watched the other children with their overflowing sacks of skittles and lollipops, and their parents who had happily returned to their circles of small talk. I wondered if there would ever be a day where my children were first in line—or a day where I could stand around with my eyes off them.

Just then, as I bent down to reassure my children that there was more fun to be had elsewhere, a little boy walked up and put a few pieces of his candy into their bags, even though he barely had any in his own. His mom was standing behind him, inching him into this sacrificial act. I told her it was unnecessary, but she insisted.

Suddenly, my sadness (and that of my children’s) was transformed into incredible appreciation. For them, it was fueled by the candy. For me, it was the fact that my family was fully seen.

We tend to teach our children about ABC’s and 123’s, but equally as important is raising them to be aware. That little boy who handed over his candy was five. He would’ve (rightfully) carried on with his fruit chews if his mother didn’t encourage him to act. We are the facilitators of their kindness! We are the reason they either look around for those with less—or dig into their own bag for more.

It’s a heavy responsibility, but we are our children’s eyes—and their educators. We must teach them to scan the room and notice the ones sitting alone. The ones with empty bags, but huge overflowing hearts. With our intentionality, we can show them true inclusion. We can teach these tiny souls to gather AND give.

Both with candy—and kindness.

Spread some kindness by taking our #KindnessCounts Challenge