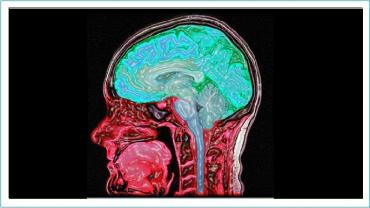 The autonomic nervous system, which controls both the fight-or-flight response and automatic activities like breathing and sleep, is linked to depression in the general population, but the link is not well understood. About half of people with autism also have mental health conditions, including depression and anxiety.

By measuring different types of brain activity when the children were at rest, researchers found the autistic children with depression showed differences in brain activity related to the autonomic nervous system. The study was published in January in the Journal of Autism and Developmental Disorders and was partially funded by Autism Speaks.

“Understanding how to use biological markers to find children who might be at risk for depression could help providers identify depression earlier and get treatment started faster,” said Thomas W. Frazer, Ph.D., Chief Science Officer at Autism Speaks. “Future work will need to focus on how providers can use this information when seeing patients at healthcare visits.”

Researchers concluded that looking at similar brain activity levels as children grow will be important to understanding whether depression is a cause or a result of the autonomic nervous system differences in autistic children.