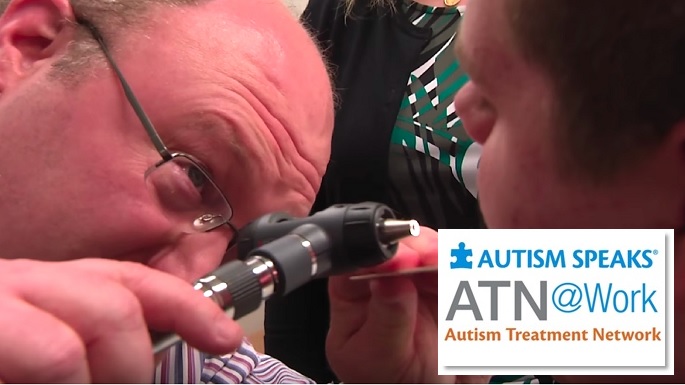 As many readers of this column know, chronic gastrointestinal problems are unusually common among people who have autism. Now, researchers in the Autism Speaks Autism Treatment Network report evidence that these painful issues correspond with a heightened hormonal reaction to stress. While more study is needed, the finding raises hope for more effective treatment options.

The study’s findings appear in the scientific journal Brain, Behavior and Immunity.

“We know that it’s common for individuals with autism to have a more-intense reaction to stress, and some of these patients seem to experience frequent constipation, abdominal pain or other gastrointestinal issues,” says the study’s senior author, David Beversdorf, a neurologist with the University of Missouri’s Thompson Center for Autism and Neurodevelopmental Disorders. “We found a relationship between increased cortisol response to stress and these symptoms.”

Often called the “stress hormone,” cortisol is released by the adrenal glands during times of physical or emotional stress.

The study enrolled 120 children being seen at either the Thompson Center or Vanderbilt University Medical Center. Both are part of the Autism Speaks Autism Treatment Network.

First, parents completed a questionnaire that scored the frequency, severity and duration of their children’s GI symptoms. The researchers then divided the study group into 51 with GI disorders and 69 without.

All the children completed two 30-second stress tests. One involved placing one and then the other hand in icy cold water. The other involved holding a vibrating device. Before and after each 30-second stress test, the researchers collected saliva samples, which they used to measure cortisol levels.

“When treating a patient with autism who has constipation and other lower gastrointestinal issues, physicians may give them a laxative to address these issues,” Dr. Beversdorf says. “Our findings suggest there may be a subset of patients for which there may be other contributing factors. More research is needed, but anxiety and stress reactivity may be an important factor when treating these patients.”

In particular, Dr. Beversdorf calls for further research exploring the effectiveness of behavioral interventions and/or medicines known to reduce the body’s stress reaction. Examples include cognitive-behavioral therapy and anti-anxiety medications.

The study was supported by the Autism Treatment Network’s federally funded role as the nation’s Autism Intervention Research Network on Physical Health, a program administered by the Health Resources Services Administration. The lead author was Brad Ferguson, a doctoral candidate in neuroscience at the University of Missouri. In addition to his clinical work at the Thompson Autism Center, Dr. Beversdorf pursues research at the University of Missouri as its William and Nancy Thompson Endowed Chair in Radiology.

Science News
Pediatrics journal dedicates supplement publication to autism studies
We're Here to Help Chat with Us
Autism Response Team Chat
There are no available agents at the moment.