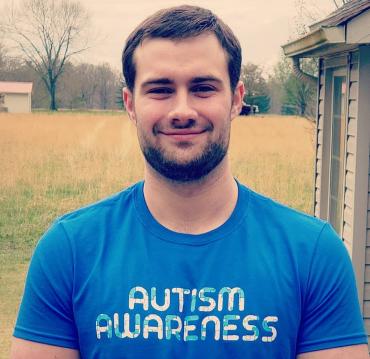 Even before he was diagnosed with autism spectrum disorder at age six, Rhett knew he was different. While other kids his age lost themselves in playgroups, Rhett was more content playing with his favorite toys at his own pace and in his own space. As time went on, he grew more comfortable in larger groups and excelled academically, but he still struggled with small talk and breaking routines in his daily schedule.

Seventeen years after his diagnosis, Rhett has made huge strides thanks to teachers, therapists and a strong family unit that he says has been with him every step of the way. Today, this once shy kid is now 22 and an advocate in the autism community – using his voice and life experiences on the spectrum to raise awareness.

“I’m passionate about autism awareness because it really is so unique. We think different. We feel different. We love different. It scares most people because it is not what they are accustomed to. We tend to be underestimated and underappreciated. I am hoping society can break away from this ideology, and I believe we are making great progress in doing that.”

One of Rhett’s aspirations as an autism advocate is to be a guest on NBC’s Kelly Clarkson Show. His hope is that such an opportunity would provide him with a national platform to be a mouthpiece for other people on spectrum. The Tennessee native grew up listening to Clarkson’s music and has always appreciated her vocal range, but says it’s her relatable personality that makes her an inspiration. Rhett believes Clarkson’s rags-to-riches story has given so many people something to believe in – whether it’s chasing a career dream or advocating for a cause that’s important to them.

“She is so humble, bubbly and fun. She has accomplished so much but has remained authentic and not let the fame go to her head like so many others. Her show allows people to see a different side of her and provides inspiration to people like me.”

At what age were you diagnosed with autism? 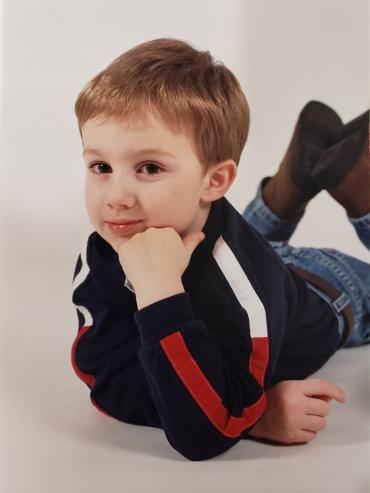 I was diagnosed around six years old, when I was in kindergarten. I was having a problem socializing with other kids my age, was very picky with textures (clothes and food) and could not adapt to change very well. I was taken to see a professional and the result was a diagnosis of autism.

When did you realize what it meant to be on the spectrum?

Like a lot of people, my knowledge of the spectrum was limited growing up. Autism did not have the awareness or attention that it does now. I would say that I understood what it meant to be on the spectrum in my freshman year of high school. The transition from middle school to high school was difficult for me and my ability to socialize was different from most everyone else, so that is when I really became self-aware about being on the spectrum.

How has your autism affected your life?

Autism has made interacting with society a challenge. It has led to me having difficulty finding friends that really understand me and my intentions. However, that also means that I am greatly appreciative for my friends who really seem to care about me and make an effort to understand me.

How does it make you unique?

For one, I am very loyal. I always try to be there for my friends and family and am always willing to listen and help with any problems they may have. Also, I am very focus-oriented and that allows me to really dive deep into subjects that most others may not be interested in. Lastly, if I am shopping, I will feel clothing before even really looking at it. If it doesn’t pass the “feel test” then it doesn’t really matter what it looks like. 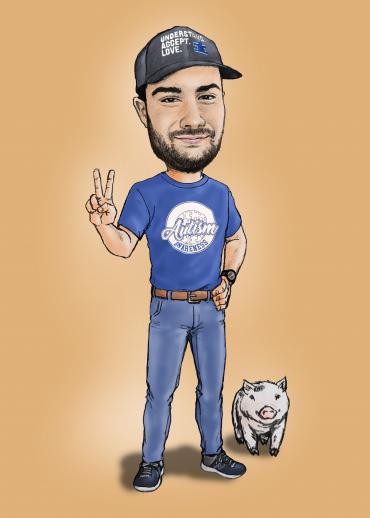 In what areas has autism helped you excel?

My autism has allowed me to excel academically. My ability to focus for long periods of time has allowed me to study and be well-prepared for exams. I also have very good recall of information (dates, events, names, numbers, etc.). I am also somewhat of a perfectionist when it comes to writing. I can usually spot a typo or if something just seems off when I am writing thoughts or essays, while also being particular with my word choice.

Most of my struggles due to my autism involve socializing. I have difficulty making eye contact. When someone is talking to me, I usually am turned to the right and have my ear toward them. I also have difficulty finding something relevant to contribute to conversations, which is why I am not very good at small talk. Lastly, I am very routinized. So, when something pops up and I have to change my routine, it isn’t easy for me, even though I can deal with it a lot more efficiently than I used to.

How has your family supported you through your autism journey?

My family is such a blessing from God. They know and understand my unconventional, often quirky, ways of doing things, and so they are always supportive and offer a different perspective to a situation that I don’t quite know how to handle. They are also my biggest advocates who will stand up and vouch for me when I need them to.

What are some of your biggest personal accomplishments?

What are your some of your goals for the future?

I am looking to finish my degree and pursue a career in the medical field, as science and anatomy have always been big interests of mine. I also want to expand my autism and mental health advocacy efforts and reach more people.

What advice would you give to a young person, recently diagnosed with autism, wondering what the future holds for them?

I would tell them to embrace their own individuality. No two people (on the spectrum or neurotypical) are the same and having autism just adds to that individual’s unique qualities. Different is not always a bad thing, and the people we look up to (sports stars, celebrities, leaders, etc.) are where they are because they are different.

If you could go back in time and give the younger version of yourself a piece of advice, what would you say?

I would tell my younger self to stay strong through the challenges. Everyone struggles, some just have a different set of struggles. Ultimately, the struggles/challenges and how you deal with them really mold you into the person you are meant to be.

What five words best describe Rhett to the world?