With close ties to the autism community and passion for giving back, Colleen decided to get involved with Autism Speaks after seeing a friend’s social media post promoting a gala in her home state of Georgia. 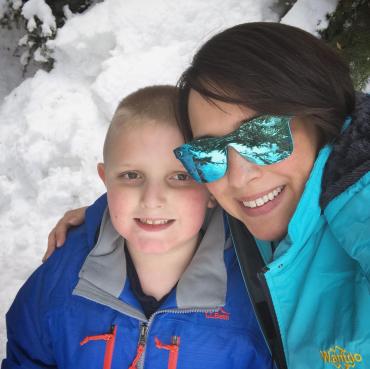 March 24, 2014 is a day that Colleen S. will remember forever. On this day, a series of life-changing events took place that not only redirected her career in the sports media industry, but immediately changed the way she looked at the world as a parent to three young children.

Leading up to this day, Colleen’s then three-year-old son Jackson was on a waitlist to be tested for autism spectrum disorder. She and her husband, Seth, noticed signs in his behavior and with his communication skills that didn’t quite match the trajectory of some of his peers, so they decided to get him evaluated. At the same time, she got wind that Comcast, her employer at the time, was going to lose the rights to SEC programming to ESPN, likely spelling the end of Comcast Sports Southeast. With most of the networks ratings and revenue coming from SEC athletics, Colleen could see the writing on the wall and decided to apply for a similar position at ESPN in hopes of making a seamless transition.

In an unfortunate scheduling twist, Colleen’s final interview at ESPN was the same afternoon as Jackson’s final autism evaluation. Unable reschedule either appointment, she performed her best balancing act and attended both – even if her mind was elsewhere during the job interview. At the end of a whirlwind day, Jackson was diagnosed with autism and Colleen was informed that her network would soon be shut down.

“It was a crazy day to say the least. I had to let ESPN know everything that was going on and pull out of contention for the job because they wanted me to move the family from Atlanta to Charlotte,” she said. “It was just too much to make so many life-changing decisions in such a short amount of time. The only thing on my mind was making sure Jackson had access to all of the resources he was going to need going forward.” 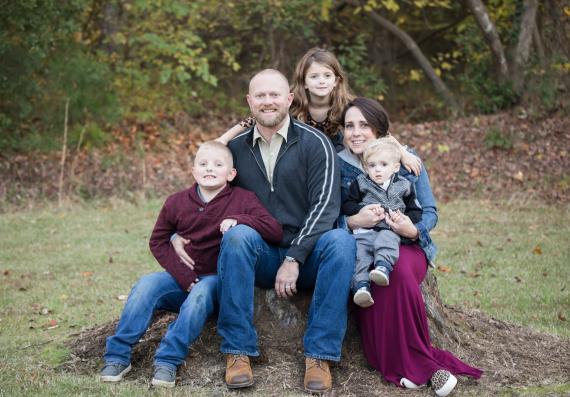 Now a five-time Emmy Award winner and the coordinating producer of original content at Fox Sports in Atlanta, Colleen’s career has always required juggling multiple projects. So, when her life was turned on its head that day, she knew exactly how to weather the storm. Soon after being diagnosed, Jackson was enrolled in speech, occupational and applied behavior analysis (ABA) therapies, which quickly proved beneficial. Today, Jackson is nine years old and thriving.

“It was night and day after he started with therapy. We found him an amazing therapist and she has helped him progress so much through the years. We are so proud of how far he’s come. He recently graduated third grade in a typical classroom and is even in some advanced classes. He still goes to speech therapy to work on holding conversations, but other than that he’s just a unique and sweet kid.”

With close ties to the autism community and passion for giving back, Colleen decided to get involved with Autism Speaks after seeing a friend’s social media post promoting a gala in her home state of Georgia. For two years she served on the local gala committee before taking on the role of gala chair. Today she’s the Vice-Chair on the Georgia Board of Directors and is passionate about advocating for employment opportunities for people with autism and other intellectual disabilities. She and her husband have also become very generous donors, focusing on ensuring families touched by autism have the means to provide their children with everything they need to reach their potential.

“Giving back and servicing the community has just always been a part of my life - it’s ingrained in me. So, when Seth and I were able to give a bigger gift to Autism Speaks and make a direct impact on the lives of those who needed it most, we did it,” Collen said. “My passion is being there for families who can’t get services and therapies for their children because of lack of funds. We want other kids on the spectrum to be afforded the same opportunities as our son was during those crucial times in their lives.”

Blog
A Day in the Life: A Mom’s Perspective on Parenting During a Pandemic

Blog
Parenting a child with autism during COVID 19

Blog
I 'hope for happy' in my autistic son's future