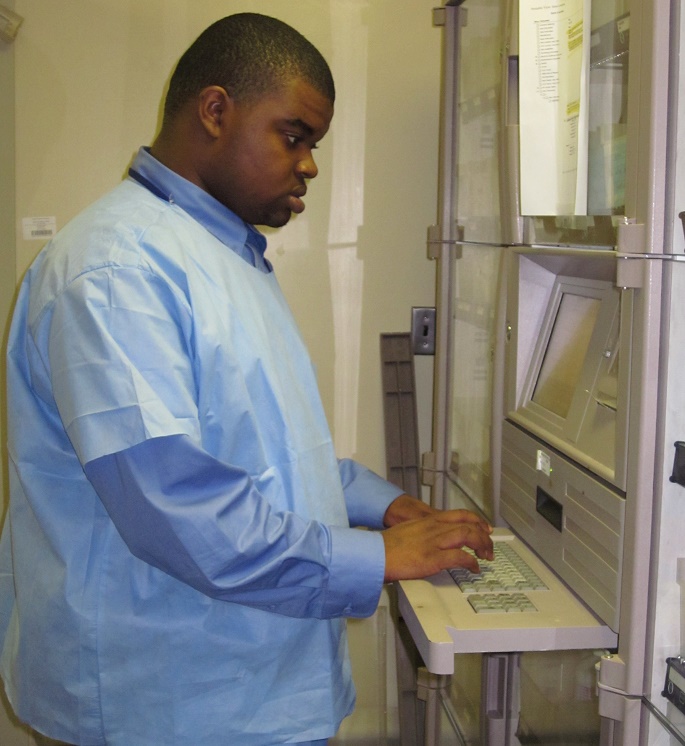 Nearly all high school youth with autism spectrum disorder who participated in an intensive job skills program gained and maintained meaningful part-time employment after graduation, according to a study by researchers at Virginia Commonwealth University.

Meanwhile, a control group of young people with autism who did not take part in the job skills program saw only 6 percent employed three months after graduation and only 12 percent employed after a year.

“This is the first randomized clinical trial to show that if young people with significant autism, who have historically been unemployed at a very high level after high school (greater than 75 percent), receive a combination of nine months of immersion in a business setting internship, plus supports such as applied behavior analysis, that their chances for becoming competitively employed are much better than those who do not receive these services,” said Paul Wehman, Ph.D., director of both the Rehabilitation Research and Training Center on Successful Business Practices Leading to Employment of Persons with Disabilities and the VCU Autism Center for Excellence, who led the study. “The 90 percent retention rate of all of the employed persons at 12 months or longer is extremely encouraging.”

The study, “Effects of an employer-based intervention on employment outcomes for youth with significant support needs due to autism,” was published in the April 1 edition of the journal Autism.

Wehman, a professor in the Department of Physical Medicine and Rehabilitation in the School of Medicine and in the Department of Counseling and Special Education in the School of Education, said the study shows definitively that there is a clear pathway to competitive employment for youth with autism who have traditionally been chronically unemployed.

“Jobs were found in many different health care [fields] and other settings,” Wehman said. “Furthermore, this study shows the clear-cut employment potential of youth with autism and also the receptivity of employers to hiring and retaining young individuals with autism.”

The researchers also found that the young people with autism who took part in the program found that the work provided them with an important therapeutic medium that helped make them more independent, and improved their social skills and self-esteem. 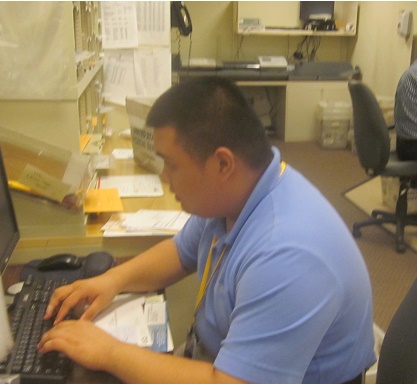 The program, called Project SEARCH plus Autism Spectrum Disorder Supports, was a nine-month, employer-based intervention that modified an existing high-school-to-work program called Project SEARCH that supports individuals with disabilities. The researchers built on Project SEARCH by incorporating the use of applied behavior analysis, which helps meet the extensive social, communication and behavioral needs of young people with autism.

“Each week, a behavioral consultant from our staff met with the onsite contact to debrief on specific situations/behaviors exhibited by the interns and assisted with developing plans to support those interns to minimize the interference of those behaviors in the workplace,” Wehman said. “Applied behavioral analysis techniques played an extremely important role in teaching new work behaviors and developing appropriate social skills.”

The study’s participants were 49 high-school-aged people between the ages of 18 and 21 years old who had been diagnosed with an autism spectrum disorder, and were eligible for supported employment.

The Virginia Department of Rehabilitation Services and Aging provided support throughout the study, which laid the groundwork for a larger study, funded by the National Institute on Disability, Independent Living, and Rehabilitation Research. That larger study aims to replicate the earlier findings with a larger sample, with more hospitals and school districts, and to develop a manual that would allow others around the country to replicate the findings.

The larger study is slated to finish later this year, Wehman said.

“We are extremely interested in seeing the efficacious impact of a nine-month (900 hours total) internship on the overall employment and social development of youth with autism coming out of school,” he said. “The implications are powerfully supportive of providing more and more employment type opportunities in the community when these youth are 15 to 17 years old.”

“We have found that most of these students have much more capacity than many people thought,” he added. “There are implications, not only for special education teacher practices, but also rehabilitation counselors and physicians who are examining the long-term work potential of youth with autism. Finally and perhaps most important, individuals with autism and their families should feel validated that their true skills, abilities and human potential is being displayed with the right help and support.”

About VCU and VCU Health

Virginia Commonwealth University is a major, urban public research university with national and international rankings in sponsored research. Located in downtown Richmond, VCU enrolls more than 31,000 students in 225 degree and certificate programs in the arts, sciences and humanities. Seventy-nine of the programs are unique in Virginia, many of them crossing the disciplines of VCU’s 13 schools and one college. The VCU Health brand represents the health sciences schools of VCU, the VCU Massey Cancer Center and the VCU Health System, which comprises VCU Medical Center (the only academic medical center and Level I trauma center in the region), Community Memorial Hospital, Children’s Hospital of Richmond at VCU, MCV Physicians and Virginia Premier Health Plan. For more, please visit www.vcu.edu and vcuhealth.org.

Autism Speaks is committed to developing tools and resources to help improve transition outcomes for young adults with autism. Some of these tools include:

Science News
Transition to adulthood grant supports findings on better healthcare programs for teens and adults on the spectrum
We're Here to Help Chat with Us
Autism Response Team Chat
There are no available agents at the moment.