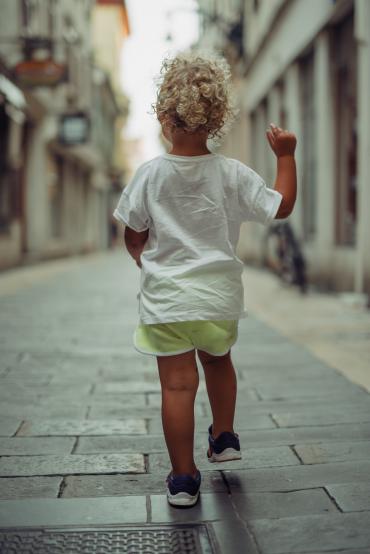 A new study confirms what many parents know well: Wandering by children with autism is common, dangerous and puts tremendous stress on families.

Using parent surveys, the researchers found that nearly half of children with autism spectrum disorder (ASD) attempt to wander or bolt from a safe, supervised place. More than half of these wandering children go missing – often into dangerous situations.

Importantly, the researchers found evidence that autism-related wandering does not stem from inattentive parenting. It also found that half of all parents had received no help or guidance on how to deal with the problem.

The study appears online today in the journal Pediatrics. Autism Speaks funded the research through its support of the Interactive Autism Network (IAN), an online project bringing together families affected by autism.

For the study, researchers sent questionnaires to IAN families, asking them to describe wandering after age 4 in children with autism and their unaffected siblings. Questions included whether a child had ever wandered or gone Frequency of wandering for children with ASD and siblings without ASD.missing and what promoted the disappearance. Parents also described the level of stress that wandering places on their family. In all, the survey captured information on 1,218 children affected by ASD and 1,076 normally developing siblings.

This clearly communicates that wandering has little to do with parenting style and more to do with the nature of a child’s autism.

Dr. Daniels co-authored the study, which she helped conduct before coming to Autism Speaks this year.

The study also provided a snapshot of the where, when and why of wandering among children with autism. Overall, wandering increased with autism severity. Most commonly, children wandered from their own home or one they were visiting. They also wandered from stores and schools.

When asked why their child with autism wandered, just over half of parents indicated that their child “simply enjoys running and/or exploring.” Other common reasons included heading to a favorite place, escaping an anxious situation, escaping uncomfortable sensory stimuli or pursuing a special interest (each reported by roughly a third of parents).

The survey also confirmed that wandering creates great stress for families. Over half of parents (56 percent) indicated it was their child’s most stressful behavior. Nearly half (43 percent) reported that it interfered with their ability to sleep at night. Sixty-two percent reported that it prevented them from attending or enjoying activities away from home.

Despite this high toll, half of parents said they’d received no guidance whatsoever on preventing or addressing the problem.

“This study underscores the need to develop ways to protect children who are unexpectedly without supervision or in an unsafe space, to help locate children when they wander and to prevent wandering from ever happening,” says Dr. Daniels. “Families can develop safety plans for their children and work with teachers, police and other members of the community to educate them about autism and their children’s risk of wandering. “ Expert Opinion
“My child needs to be admitted to the hospital. How can I help them cope with an inpatient stay? How can I explain their needs to the staff?”