It's time to stop the stigma

This guest post is by Ryan Lee, a rising self-advocate. Read his previous blog or watch his SBSK interview.

There is still so much stigma around autism and it has to stop. Some autistics still feel forced into hiding their true selves. For example, if an autistic does something out of the ordinary or makes a mistake, people might tell them that they don’t want to be friends. But some autistics get curious about certain things and they sometimes don’t realize when they’re going in too deep. I know this from experience.

There are also some autistics who aren’t totally open to change and know you have to act a certain way in order to be accepted into society. And this can be tough on us. Society can force those of us who are different to hide or “mask” their autism. That’s not how it should work though, at least not in any way that’s healthy. When you’re accepting to be someone’s friend, you should accept and try to understand all aspects of the person. 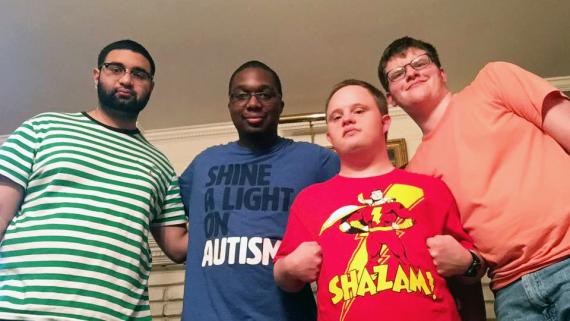 We autistics shouldn’t feel the need to hide anything. Some of us may look different or act different, but we still have feelings just like anybody else. For example, I may get a bit irritated when I get interrupted or when someone doesn’t let me finish speaking, but that doesn’t mean I don’t care about people.

There’s also a big fuss about personal space one way or the other and that doesn’t necessarily mean an autistic is trying to hurt anybody. We don’t always understand the rules of how far away to stand or when to stop talking or asking questions.

First impressions aren’t always my strength, but that doesn’t stop me from trying hard. Because of things like aggression, meltdowns, or hugging impulses for example, some people view autism as a source of annoyance, disappointment, or worse in different ways and to different degrees.

Everyone gets upset sometimes and there needs to be more tolerance. There are some who would take advantage of an autistic’s desire to have friends and then stab them in the back. For example, they could pretend to like you and then when you do something out of the ordinary, they’ll make sure other people will see it somehow, and the autistic will be made fun of and bullied. I’ve had friends who experienced this.

There is also the myth that autistics don’t feel or show empathy. We can show empathy, it can be just in a different way. We might not detect an emotion based on one’s body language or one’s tone of voice right away, but if only people would be more direct with how they are feeling, then it would be much more likely for us to get it. Some are kicked out of experiences and groups after they mess up one time, and people don’t even take the time to get to know them.

It’s not fair to place judgement upon anyone when you don’t even fully know them. Having a true friend is having someone who accepts you for you, regardless of your flaws.

Blog
My son may be different, but we're all different
We're Here to Help Chat with Us
Autism Response Team Chat
There are no available agents at the moment.