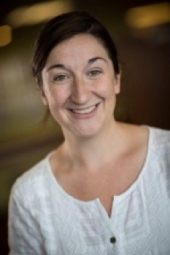 This Got Questions? response is from Anne V. Kirby, Ph.D., assistant professor of occupational therapy at the University of Utah.

Q: I’ve read some news reports recently about suicide rates rising for certain age groups of kids. What should I know about suicide risks for my teenager with autism?

Although there is not yet enough research to know if certain age groups of people on the spectrum are at greater risk, we do know that young people in general are a high-risk group. In broader population studies, youth suicide rates have been increasing since 2007. In particular, suicide among girls ages 10-14 tripled between 1999 and 2014. Overall, suicide rates increased more than 30 percent among 10- to 19-year-olds.

Research is just beginning to look at possible risk factors and warning signs specific to people with autism. A few studies point to depression and depressive symptoms as predictors of suicidal thoughts and behaviors.

Signs of depression and anxiety in people with autism can be different than among people without autism. You can talk with your teen about his or her mood and share this information with your provider if you are concerned about depression.

If your child is nonverbal, you can look for other clues. Changes in appetite or sleep, or lack of interest in typical activities, are also signs of depression. Social withdrawal, low energy and flat facial expressions, while common in autism, can also signal depression if they are new symptoms.

Given the greater risk for depression and suicide in people with autism, staying engaged with your child’s emotional health can help you notice early signs of trouble. Bring up any concerns with your child’s provider right away.

You may also be interested in our Autism POVs podcast episode, “Autism and Bullying.”

Find more information about depression and autism and handling mental health crises in young people on our website.

Readers: Got Questions for our behavioral and medical experts? Send them to GotQuestions@AutismSpeaks.org.

News
National survey of parents identifies 1 in 40 children with autism
Expert Opinion
Five fabulous tips to help you build your child's’ foundation for 'good health'
We're Here to Help Chat with Us
Autism Response Team Chat
There are no available agents at the moment.