Help! Our son with autism just laughs when others bully and tease 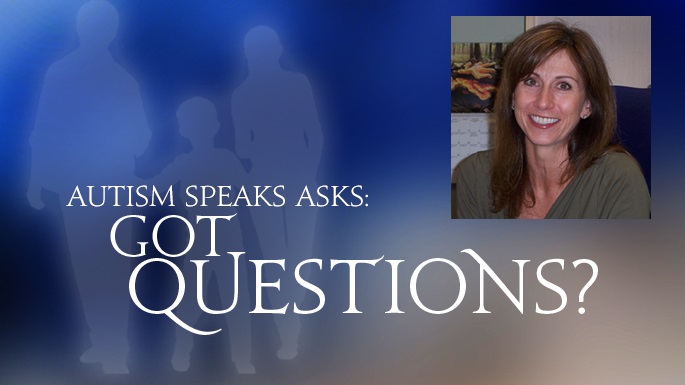 This week’s “Got Questions?” response is by Janine Stichter, professor of special education and an applied behavioral analyst at the University of Missouri and Thompson Center for Autism and Neurodevelopmental Disorders, in Columbia, Missouri. The school and center are among the 14 sites in the Autism Speaks Autism Treatment Network (ATN). 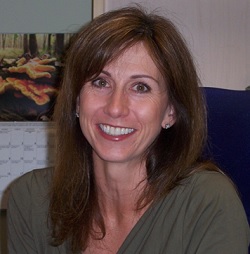 “Our son has autism. He does well academically. But we worry about how he allows others to mistreat him. At one gathering, another child kept throwing a ball in his face, while he just laughed like it was a game. Sometimes he comes home with marks on his face from another child pinching him. Still, he thinks everyone is his friend. I've talked to his doctors and teachers, but they say it’s "it's just part of his autism." What can we do to help him?

Your question is so relevant to many children on the autism spectrum – as well as some children off the spectrum. If your son is working with a behavioral therapist or school counselor, I encourage you to work together on these issues.

First, it’s never okay to allow behavior that results in your son being hurt. So I’m glad you’ve been talking with his teachers and counselors to ensure his safety. What you describe could involve bullying. But from your description it’s not possible to know the other children’s intentions.

It may be that your son is sending the wrong message to the other children – that he thinks it’s funny to be pinched or hit in the face with ball and that it’s okay for them to do it again. Either way, he needs immediate assistance to ensure his safety until he can better negotiate these interactions.

Difficulty understanding the intent of others is a very common challenge for individuals with autism. But it doesn’t prevent your son from developing skills that will help him negotiate around these challenges and develop more-appropriate interactions that meet his needs.

Often, such issues stem from poorly developed social competence. By social competence, I mean the ability to communicate one’s needs and desires in a clear and appropriate manner. Here are some insights and suggestions that I hope will prove helpful.

When social signals miss their mark
Most of us can recall times when we made or received a social miscue and then reacted too loudly or roughly or simply with poor timing. In other words, social competence isn’t all or nothing. Our abilities range across a continuum. Social competence also involves responses that need to be tailored to each situation.

When someone’s social skills are delayed or otherwise different from what most people expect, he or she may send the wrong messages. Take for example, a child who doesn’t know how to respond to someone who is mean, and so, does nothing or laughs. Other children may take the laughing or nonresponsiveness as a signal that it’s okay to pinch or pick on the child. Over time, the child may begin to feel that this is a “normal” way to interact.

As you can see, this can create an unhappy cycle. If the child desires social interaction, he may think that the only way to keep friends around is to tolerate meanness. Other children, in turn, assume that mean behavior is the way to interact with this child.

It sounds like this kind of social miscommunication is occurring with your son. He may struggle to distinguish “friendly” versus “mean” social cues. He may not understand how to signal “that’s not okay” when another child is hurting him.

Helping your child with social interactions
Often times, parents and therapists can help children examine their social skills and change their dynamic with others.

It can help to break down these complex skills into smaller, easier-to-grasp steps.

Similarly, we can look at your son’s interactions with other children as a series of initiations, responses and continuations.

Pinching, throwing a ball at someone’s face and even rude comments are certainly effective initiators. Rarely does another person ignore them. And if your son signals that throwing or pinching is “okay,” others may continue this behavior when they want his attention.

Certainly, it’s important to teach your son that “friends” should be nice to him. So we want him to learn to recognize unacceptable initiations and responses from others, in addition to acceptable ones that he can use.

Along these lines, I like to teach children effective ways to let others know that they are interested in interacting – or that they need a break from the interaction.

The following strategies tend to be very effective for replacing problematic social behaviors for more helpful ones. However, they need to be practiced regularly. Depending on your son’s development, some or all may be useful to him. Some may be more appropriate when he’s older. 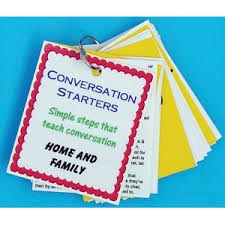 I suggest helping your son head off inappropriate interactions by developing some conversation skills. This can include learning some stock questions and comments. The goal is for him to be able to incorporate these into his conversations in a natural way. Also, the more they become habit, the less he has to come up with them during a social interaction, which can prove difficult.

Consider the topics that he and his friends talk about. Movies? Favorite video games, pets, school?

Help your son try out a few appropriate comments. For example: “I like that, too.” “I didn’t know that.” “That’s cool!”

Provide him with opportunities to practice and rate himself on how well he kept the conversation going. You might even play-act some situations with you taking the role of the friend.

Most children are stronger in being either an initiator of interactions or a responder. I suggest you begin by enhancing your son’s skills in the direction he favors.

If he’s a good initiator, help him learn how to start positive interactions with other children. For example, asking “do you like this game?”

If he’s more of a natural responder (waits for others to initiate), begin by helping him with appropriate responses to such initiating questions.

More to the point of your son’s situation, it’s important for him to learn how to respond, when needed, with a clear “I do not like that.”

Sticking to the point
Look for opportunities for your son to practice how to convey or stick to the main idea of a conversation. This helps avoid the tendency – common among children with autism – to include a flood of non-relevant information. This can confuse and frustrate the listener – and sometimes prompt meanness.

For example, a child approaches your son and asks to play a game with him. But instead of responding to the request, he starts talking about a favorite character in a video game. Other children may interpret this as intentionally ignoring them and their interests.

If this is the case, help your son learn to respond on topic, even if it’s just with general statements of interest like “okay.” This is an important skill for developing positive relationships with other children.

But be patient. Learning to respond appropriately and on topic can take a while for a child affected by autism. So don’t get frustrated if this is something you have worked on in the past without success. It’s a life-long skill that emerges over time with consistent practice. Families and therapists are perfect practice partners! 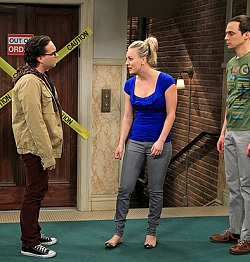 Use a favorite television show or movie to help your son observe and rate conversational skills in others. This allows your son to watch appropriate interactions – the conversational “tennis game” I mentioned earlier.

Help him identify the main point of a TV conversation and how the characters go back and forth to share ideas about it. This is a great way to find models of how someone can communicate an important message such as “I don’t like what you are doing.”

Also ask him to rates responses as appropriate versus inappropriate. An example of the latter might be when one character on the show always interrupts or ignores what others want and/or abruptly changes the topic.

The actual rating can be done in several ways. For example when watching an interaction on a TV show, you and your son can write down a “+” on a score sheet or use a visual “thumbs up” when the characters share a main idea and respond on topic. For example: “Do you like my backpack?” “Yeah, it’s cool.” “Thanks.”

Write “OK” or give a “sideways thumbs” when the characters’ interaction needs improvement. For example: “My backpack is the best.” “It’s okay.” “No, it’s the best!”

Write “–“ or give a “thumbs down” for a missed or inappropriate interaction. For example: “Your backpack is stupid.” “After school, I’m going to play on my new swingset.” “That’s just dumb.”

Speaking clearly and allowing others to speak
Other important conversational skills worth practicing include pausing and waiting to let the other person talk. Again the two of you can practice this in conversations with each other and rate how well TV characters are practicing this skill. (Have fun. It’s okay to laugh when TV characters truly mess up!)

Remind him to use appropriate volume when speaking with others. A mumbled or whispered question or response can lead to further misunderstanding and frustration.

Tone is likewise important. Tendencies to talk in a “sing-song,” “whiney” or “baby talk” style are common among kids who have autism. And they can irritate others. So help your son understand that it’s important to curb such tendencies in public to avoid frustrating others. You might consider allowing him to use them at home, with the understanding that some home behaviors aren’t appropriate for school and playground.

Preparing for social situations
Before a social situation, I suggest preparing your son with some reminders on how to clearly convey what he needs to say. For example, “Remember to share the main idea and then pause for the other person to add to the conversation.”

Encourage him to initiate conversations. For example, say “hello” to another child or use another appropriate conversation starter such as a comment about what’s going on around them.

I’m sure you will continue to see your son grow in wonderful ways, and his abilities in this regard will certainly improve with your continued support.

Thanks so much for your question, and please let us know how you and your son are doing by emailing us again at GotQuestions@AutismSpeaks.org.

Editor’s note: While the author makes clear that the situation described here may not involve bullying, children with autism are particularly vulnerable to being bullied. For related resources and information, see Autism Speaks’ Combating Bullying page and the blog post Seven Steps to Taking a Stand Against Bullying.

Readers: Got Questions for our behavioral and medical experts? Send them to GotQuestions@AutismSpeaks.org.

Blog
The time my nonverbal brother spoke to come to my rescue
We're Here to Help Chat with Us
Autism Response Team Chat
There are no available agents at the moment.