Does Our Teen Have Autism-related Catatonia?

“Our teen, who has autism, has been taking a lot longer to do even simple things like getting up from the table or getting into a car.  Could this be catatonia?  How do we know, and what should we do?” 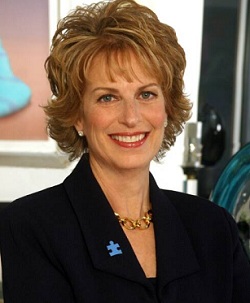 This week’s “Got Questions?” answer is by pediatrician and autism specialist Ricki Robinson. Dr. Robinson is part of the clinical faculty of the Children’s Hospital of Los Angeles, a member of Autism Speaks Autism Treatment Network. Dr. Robinson is a founding member of the AS-ATN and has served on the steering committee for 8 years

Thank you for sharing your concerns and a very important question. When I began investigating autism-associated catatonia just over a decade ago, I was shocked at how little we knew about it in the United States. Classic catatonia, which affects around 1 in 10 acutely ill psychiatric patients, was well known. It affects movement and can produce lost speech (mutism). It can also prove dangerous if individuals stop eating and drinking.

Most of what we know about autism-related catatonia comes from Great Britain. The British national health system enables researchers to follow up on children and adults with autism across the lifespan. In doing so, investigators discovered that around 1 in 7 adolescents with autism experienced a marked regression. This often included a loss of language skills and a physical slowing down.

This, we now know, is autism-associated catatonia. It tends to occur between 15 and 19 years of age. But I’ve seen affected individuals as young as eight, and I frequently get calls about adults.

In mild and moderate cases, parents often describe their teens “slowing down” or appearing depressed. Sometimes, they become “stuck” when trying to initiate a movement. For example, a teen might walk up to a doorway then freeze when it’s time to step over the threshold.

Autism-associated catatonia also produces changes in movement patterns. This can include an odd gait or stiff posture, a brief “freeze” during actions or difficulty coming to a stop. You might also notice a marked reduction in speech. In between slow periods, there can be bursts of hyperactivity. Some individuals develop incontinence.

Distinguishing symptoms
Part of the reason autism-associated catatonia went unrecognized for so long is because many of its symptoms overlap with those of autism. So the red flag for parents and clinicians is a marked change in behavior.

When evaluating for catatonia, the specialist needs to understand what the individual was like before concerns arose. How smooth were his or her movements? What were his or her interests and abilities? How did they change?

Another big clue is that autism-related catatonia doesn’t produce across-the-board regression like we see in some young children with autism. What’s lost is the ability to turn intentions into action.

The first young man I treated was a classic example. This delightful teen loved to draw and paint. His parents described how he lost the ability to start new projects. They could see him struggle just to get seated and pick up a crayon. They also noticed an overall slowing down. And he’d get stuck, sometimes going from one room into another.

Another tell-tale sign we often see is that the “stuck-ness” can be broken with a prompt. For instance, the individual may get stuck in a doorway, but a mere touch frees him.

How to get help
The good news is that we have medicines for autism-associated catatonia, which appears to result from a depression in the GABA neurotransmitter system. However, it’s crucial to first rule out serious underlying medical conditions that can produce the same symptoms.

So it’s important that a neurologist or psychiatrist familiar with both autism and catatonia perform a complete medical workup. This needs to include evaluation for infections; autoimmune, liver and seizure disorders; and medication side effects.

Once these conditions have been ruled out, we usually try a dose of a GABA-stimulating medicine such as lorazepam (trade name Ativan). GABA is a brain neurotransmitter. That is, it enables nerves in the brain to send messages to one another. With true autism-related catatonia, we usually see a positive response to such treatment within an hour or so. This lasts for up to several hours. So a positive response – with the individual showing improved spontaneous movement – helps confirm the diagnosis. For many individuals, this type of medicine is also an effective long-term treatment.

For severe cases, treatment options also include electroconvulsive therapy. It seems to act like a “brain reboot” that helps get the individual moving and eating again.

The importance of early action
I want to emphasize that catatonia is a serious condition that can become more severe – even life threatening. This risk increases the longer the condition is left untreated. In addition, catatonia becomes more difficult to reverse the more severe it becomes.

So if you have concerns, I urge you to get your child evaluated by an experienced and knowledgeable professional. A good place to start is one of the centers in the Autism Speaks Autism Treatment Network (AS-ATN). Even if you’re not close to one, an AS-ATN specialist may be able to provide a referral to an appropriate expert closer to home.

Got more questions? Send them to GotQuestions@autismspeaks.org.
Subscribe to Autism Speaks Science Digest to get “Got Questions?” blogs and all our research news and perspective delivered to your inbox.

Science News
Study finds health disparities for LGBTQ+ autistic adults
We're Here to Help Chat with Us
Autism Response Team Chat
There are no available agents at the moment.