"Autistics are often assumed not to have much empathy, sympathy, or other emotions, when just the opposite is true." 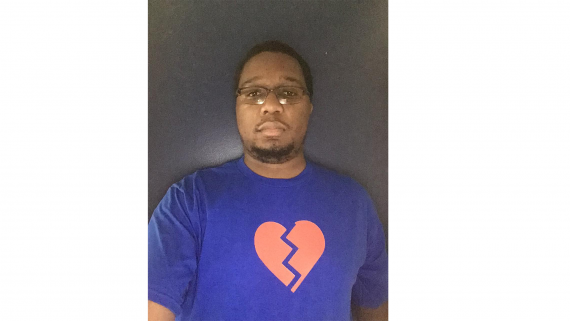 You know when you’re trying to be someone’s friend or dating somebody and then they say they don’t want to hang out with you anymore or want to break up with you? You tried so hard to make it work, but it just wasn’t enough. What can make it worse is hearing it from someone else and not directly from the person themselves. There are some who are never direct with how they’re feeling and bringing more people into situations like that and having a middle man just make things worse and more awkward. It is definitely heartbreaking, but the point is what is minor to 99 percent of people is absolutely major to us who are on the spectrum like myself. Autistics are often assumed not to have much empathy, sympathy, or other emotions, when just the opposite is true.

We can be very aware of our own difficulties and extremely sensitive to others’ negative reactions. Our emotions actually carry more weight which means we experience emotions much more intensely than a neurotypical.

For example, when my heart hurts, my emotions just flood through me and I go into this blinding rage saying all kinds of angry and harsh things, even stuff I don’t mean.

It’s like a defense mechanism when I won’t let anyone get close to me by sprouting porcupine quills all over my body to prevent them from hurting me. For some others on the spectrum, it can be a different reaction like just shutting down. Every person reacts differently for that matter. It can take longer for us to heal. One of the harshest realities we face is that we can be very different from people we’re supposed to relate to.

That’s why it’s nice to have people who really care about you in your life and appreciate you for the person who you are and your friendship. It’s good to have someone to confide in like a best friend. Not many grasp the concept that we’re human and we’re not perfect.

If we’re doing something that’s making you uncomfortable, just be honest. Unfortunately, some just react to us by ghosting, which means ending a relationship cutting off communication without warning and explanation. I’ve been ghosted before and hearing the end of the friendship from someone else really hurt me to my core. Being ghosted can build up a lot of anxiety, but it’s more major to us on the spectrum since we’d actually like to know what’s wrong from the person themselves.

Still there are some who treat us as if we’re not human with feelings just like anybody else. Most of us in the autism community are still looked down on because of how we think, feel and live. We need to feel like we’re being heard and that the community out there in the world cares about us and believes in us. We deserve to be treated like we matter, because friends: WE DO MATTER!