This blog post was written by Kathy Hooven and her son, Ryan, who has autism. You can read more about Kathy and her family on her blog, "The AWEnesty of Autism."

My son Ryan was diagnosed with autism ten years ago. Wow, ten years…that doesn’t even seem possible. In some ways, it feels like a loooooong time ago and in some ways it feels like just yesterday I was sitting in that psychologist's office wondering if her garbage can was full because I was gonna puke in it.

I remember the years of worrying, Google obsessing and watching for every, single sign Google told me to look for prior to that ten year diagnosis. Why is he doing that? Why isn’t he doing this? Why does that freak him out? Why doesn’t this freak him out? Why is he alone? Why is he angry? Why is he crying? Why won't he eat? Why is everything so hard? Why, why, why? Little did I know, all those question would be answered with a six letter word…autism...and those six letters would have an impact on him and on me that I could have never guessed ten years ago. 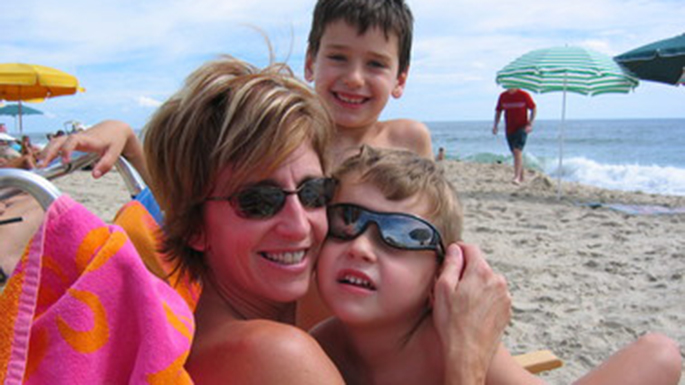 There are still days that I ask why, but, mostly I ask what. What do we need to do to get from here to there? What supports need to be in place to help him succeed? What can I do to help him succeed? What does he need to do for himself to be successful? What can we do to help others? What is sometimes as difficult as why, but, I have learned that ten years in, many of those answers aren’t up to me alone like they were when he was five, they are up to him and that has been a tough lesson for both of us to learn and accept.

These past ten years, Ryan has come so far and so have I. I could write a list of ten thousand things I have learned in the ten years since we first heard The A Word, but, you wouldn't probably take the time to read all of them, so, I've decided to share with you the cliffnotes version of those lessons.

So here it is, ten things I have learned these past ten years while loving a child with autism:

Ten years, it's a lifetime, it's a blink.

I never found out if that psychologist's garbage can was full or not ten years ago, because although I felt like puking, I didn't. I guess somewhere, my heart took over both my brain and my stomach and realized my son needed me more than my churning lunch needed to see the light of day. That's not to say there weren't ten thousand times where I failed him, where I was selfish, misguided, tired and just plain wrong, but, he always brought me back. He always guided me where he needed to go next, just as I know he will in the decades to come with 10,000 more lessons to learn.

I look forward to learning more as this teenage boy transitions to adulthood while I watch this beautiful transformation with an open mind and an open heart. Thank you Ryan for ten AWEsome years and here is to many, many more.

Ten years, it's a lifetime, it's a blink.

I think I will try and prop my eyelids open for this next decade.