My son with autism started texting and it's brilliant

The post below is by Lisa Smith, the mother of seven children, two with special needs. Her son Tate has autism. Lisa blogs about her experiences and can be found on Facebook at Quirks and Chaos or at quirks-and-chaos.blogspot.com. Read the original Tate's Texts post here. 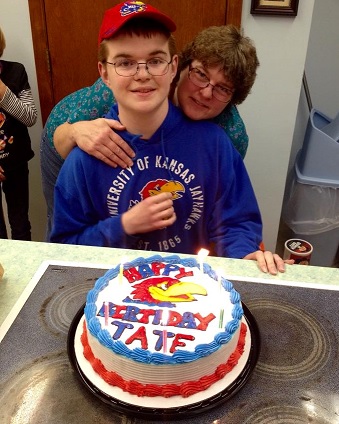 My 13-year-old son Tate has autism. He also has 3 brothers and 3 sisters and an iPad with a texting app. Tate loves to text.

Often we can hear clearly in the texts things he could not communicate orally. When conversing orally with Tate, there are delays while he processes and tries to catch up. There are distractions and we can totally lose him. We interfere with his processing by repeating questions or becoming impatient while we wait on him to process. We try to put words into his mouth and finish his sentences sometimes to speed him up. We often think we know what he is trying to communicate to us and we are not always correct.

Tate's written communication is not always easy to understand, especially if he is uninterested in what he is writing about (school work.) However, when Tate is focused and invested in what he wants to converse about, he nails it. Just as his favorite conversation topic is movies when he is speaking, movies are the number one thing he texts us about as well.

Following are some of the best texts Tate has sent us.

A Penny for Tate's thoughts...

This was one of the first texts Tate ever sent. It was sent to his oldest brother Titus. Tate came home from school sick. Tate's science teacher had given him a penny they had used in an experiment. That was two years ago and the penny is still a favorite treasure. Notice how resourceful Tate can be. When he cannot spell the word "picture" to Titus' satisfaction he switches to the word "photo." This photo of the screenshots strung together is a little harder to read than the others. Stick with it. It's worth it. 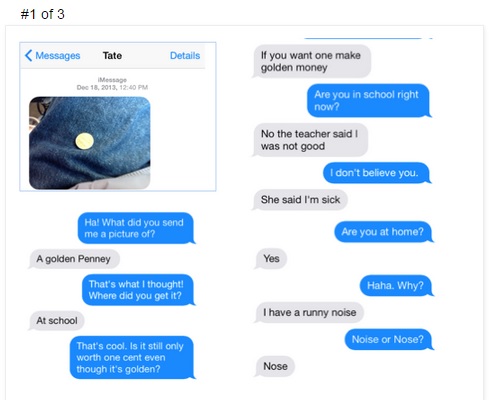 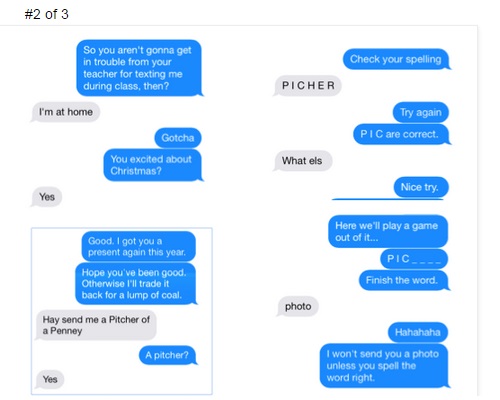 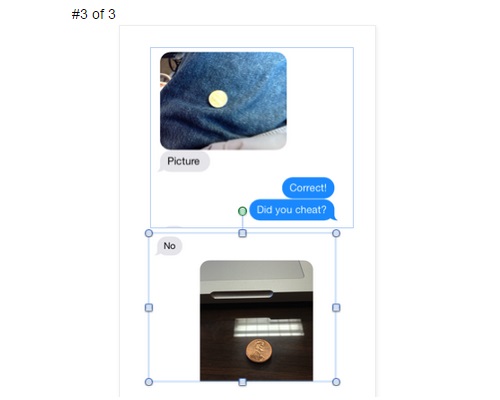 Tate's thoughts about the care he was receiving in my absence recently... 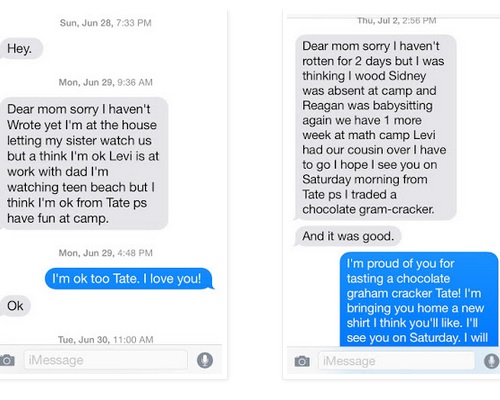 Notice how Tate reassures me he's okay in the first text. He does that when he's stressed and he wants to reassure himself. A day or so later he texted me to tell me he was too busy to text me. By the end of the week he was hardly missing me. He did great. We'd only been apart that long the two times I travelled to Russia to adopt Sydney. He was 3. I think it was much harder on him back then. Tate's sisters sure will be glad when he learns to spell their names correctly.

Tate's thoughts on justice, and my typos: 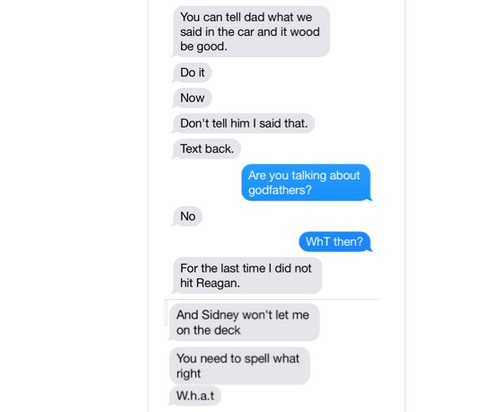 What a little hypocrite. His spelling is so much worse than mine!

And I'll end with my personal favorite...

It was so random and I loved how he thinks I'm clueless and need guidance in these things. HA! 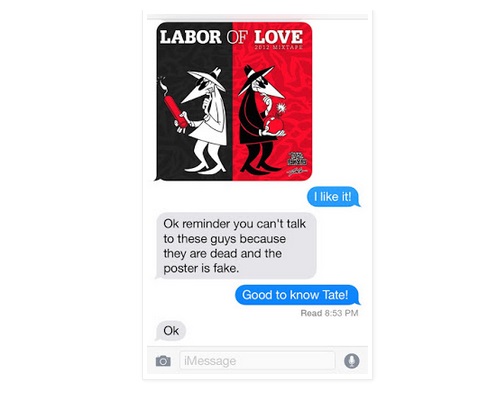 Read more from Lisa at her blog Quirks and Chaos here! Blog
This is my story of my life with autism
Expert Opinion
My child is nonverbal. Anything new that might help him communicate better?
Tool Kit Excerpt
Know Your Rights to Access Assistive Technology