The Moment I Got My Son with Autism's Need for Routine

This guest blog post is by dad-vocate Mathew Oakes who has two children - Liam and Molly. Matt blogs with his wife Courtney about parenting on the autism spectrum at808theadventures.wordpress.com. Follow him one Twitter @mattoakes. 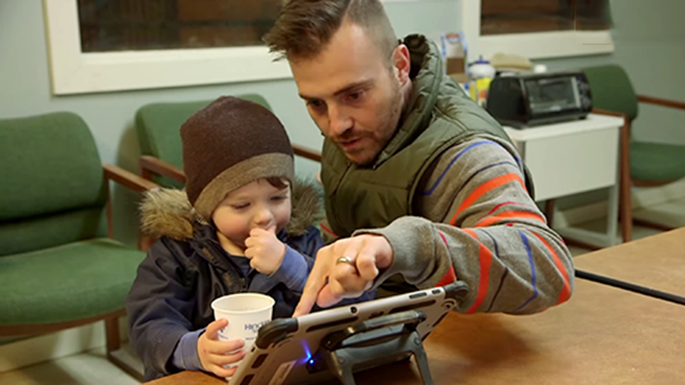 I was late dropping Liam off at school because Molly threw up all over the floor (again). Instead of meeting his teacher in the gym, sitting with her while the other kids arrive, and walking together to their classroom, we met his class halfway down the hallway. His teacher said hello to him and reached to take his hand so he could join them. Liam darted around her and kept going. She looked at me knowingly, nodded, and said “We’ll see you guys back at the classroom.”

Liam and I went to finish his morning sequence: we looked at the fish in the aquarium outside of the gym; we went into the gym and sat were his class meets; we put the trains he was carrying into his backpack (there are now about 12 trains in his backpack); we stood up again, walked back to his classroom, and met up with his teacher and class at their lockers.

Everyday we do the same thing, and in doing the same thing we lay down patterns of expectations that make the world feel comfortable and manageable. Of course, because this morning we were running late I could feel myself getting stressed and a bit frantic, but I quickly decided to just go with the flow. And do you know what? Liam’s routine made me feel better. We said hello to the fish, we went into the gym, we put our things away, and we walked back to the classroom. Ahhh. To top it all off, I got to watch Liam march proudly into his classroom, wave to his teacher, and sit in his seat ready for circle time.

I still have so much to learn from this kid.

Mathew and his family were recently featured in SoulPancake's The Fatherhood Project. Watch the video below.