This is a post by Kimberlee Rutan McCafferty, mother to two sons on the autism spectrum and an Autism Family Partner at the Children’s Hospital of Philadelphia (CHOP). Kim is also the author of a blog about her two children with autism. She is the author of Raising Autism: Surviving the Early Years available on Amazon 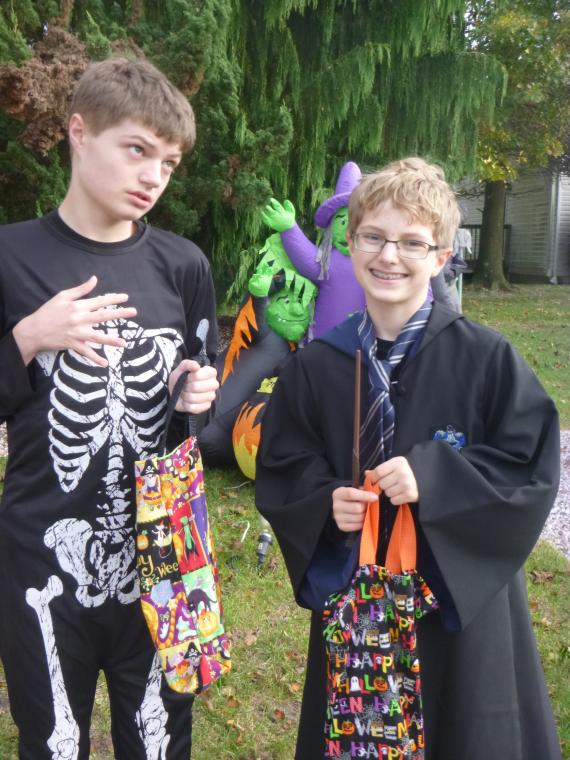 If you are just beginning your autism journey with your son or daughter, I imagine you are feeling at least a bit (understatement of the year) overwhelmed.

Perhaps you’ve been able to secure that elusive appointment to get your child a proper diagnosis. Maybe you have passed through that gauntlet and are already lining up meetings with Early Intervention for both you and your kid. Perhaps you’re at a later stage and are in the midst of evaluations with your child’s school district to get him or her enrolled in what you hope will be an appropriate (and excellent) program.

I imagine that wherever you are in this process, whether during it or after it, you are very, very tired.

I am fifteen years into our autism journey with two children on the spectrum, but I can remember those days like they were yesterday. It seemed for years we were living from one doctor’s visit to the next, one evaluation/meeting to the next. It was a relentless round of hurry up and wait, until finally we moved and got our son, Justin, into his local school district.

And yes, I too was very, very tired.

We were fortunate in that most of Justin’s therapists and teachers were wonderful, however most people do not deal with dozens of practitioners without having at least one bad apple in the bunch.

For us, it was an Early Intervention provider who informed me with absolute certainty that my twenty-month-old would never speak or live independently. In truth, she turned out to be right.

But that’s not the point.

I will tell you this. At the tender age of eighteen months my eldest son was diagnosed with moderate to severe autism. He had no words, had frequent meltdowns, relentless insomnia, gastrointestinal issues, sensory issues, and was the pickiest eater on the planet. This was 2004, and a diagnosis at this age was generally unheard of, but we were fortunate that a developmental pediatrician was able to recognize his issues for what they were so we were able to start various therapies with him. He was not even two when he started with ABA and speech therapy, barely walking when this particular therapist graced our doorstep.

She had no right to say what she said. There is absolutely no way anyone can predict the trajectory of your child’s future when they’re this young. And while my gut instincts told me Justin might remain at the more severe end of the spectrum, the elusive possibility of him having some semblance of functional speech and some measure of independence kept me going in those dark days when I was my son’s primary therapist. With that one sentence his therapist robbed me of hope and plunged me into days of despair before I was able to realize that she wasn’t omniscient, and was far from having all the answers.

She never should have said what she did. And I wish I’d had the energy to tell her that to her face.

Fourteen years after that chilling moment my son does have a few words, but more importantly he can communicate beautifully with his iPad. He will never live independently, but is wonderful at getting his needs met by himself, excellent at the execution of completing a task. He eats (even a few veggies!), sleeps, and no longer has many sensory issues.

Most importantly, he’s one of the happiest children I know.

Ten years ago our second child was diagnosed with regressive autism, and at first his trajectory seemed to mirror his brother’s. Zach was eighteen months when he experienced two back-to-back illnesses which seemed to rob him of speech, appetite, and extinguish the light in his eyes that made him our boy. I remember thinking at the time that one of his therapists could have said the same thing about him that they did about our older boy, but fortunately all held their tongues.

And ten years later he no longer has special education status, has friends, made the distinguished honor roll in his first marking period of middle school, and most importantly, loves his life.

To this day, both of my sons still surprise me with their skill acquisition, their ability to adapt to different environments, and their ebullient souls. Fifteen years ago I could never had predicted I’d be at this point with my two boys, and my hopes for their happy, safe and productive futures were what kept me going during our darkest days. Nobody can predict your child’s future when they’re very young, not even the most brilliant doctor or the most experienced therapist. Don’t ever let anyone rob you of hope that your child will one day be happy too.

And never, ever give up in that pursuit.