This guest blog is by Marie-Danielle Masa, who lives in Northern California with her husband Shaun and their three young boys. Masa was the grand prize winner of a Cosmic Star Ceiling from eBay and StarMakerFX as part of World Autism Month. 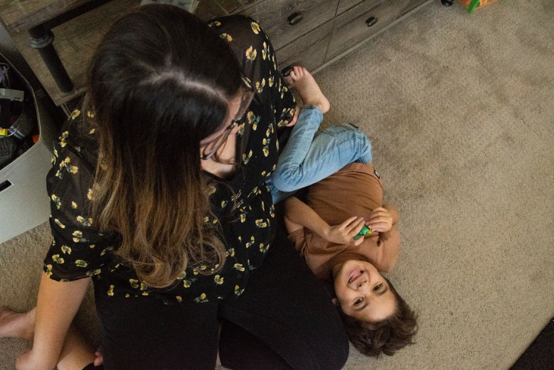 My oldest son Julian is an incredibly vivacious, charismatic and smart 5.5-year-old. He loves superheroes and video games. He also happens to have autism.

I started to notice some red flags before Julian turned two. He hit just about every milestone on time, but was a bit slower to speak. He did an incredibly adorable hummingbird flap with his hands when he was excited, and really liked spinning in circles. I brought up my concerns to his pediatrician—but because Julian wasn’t textbook “delayed” he didn’t think there was cause for further testing. I fought the feeling in my gut telling me the doctor was wrong because I wanted to hear he wasn’t concerned.

Over the next couple of years, Shawn and I noticed more quirks emerge. The flapping persisted, Julian didn’t make a ton of eye contact, and he had several sensory sensitivities—including an intense fear of the dark. Once he started preschool, the differences between him and his typical peers became more glaringly obvious. The director of the preschool program had a chat with me about her observations and none of what she said came as a surprise. It was in that moment I decided to finally trust that feeling I had long been pushing aside.

Julian’s official autism diagnosis came a couple of months after his fourth birthday. I’m not one to sit back helplessly, so we forged ahead doing our best to prepare Julian for the future. One component of this is the various therapies and extracurricular activities he participates in on a weekly basis—another aspect was creating a strong support network and instilling the good practice of giving back.

So in November 2017, a week away from my due date with our third son, we participated in our first Autism Speaks walk. Thanks to our wonderfully loving and generous family and friends, we raised enough money for the organization to become members of their “Grand Club.”

In April, the beginning of Autism Awareness month, we received an email inviting Grand Club members to enter a contest by eBay to win a custom cosmic star ceiling by StarMakerFx. I watched a video of the a ceiling they did for Mareto, another young boy on the autism spectrum, and was blown away. I had never seen anything like it. It also made me think about Julian. When he walks into a dark or dimly lit room, he flicks on every light switch he can find. This has made independently sleeping in his room a nightly battle for our whole family. Since Julian’s room is right next to his grandmother’s, he escaped to her room every single night.

Imagine how blessed we felt when we received an email from eBay stating we had won the grand prize. After connecting with a representative from eBay and the owners of StarMakerFX, Theresa and Alber, via phone I realized this was going to be a life-altering experience.

A couple of months later Theresa and Alber arrived at our home in California, and I say this truthfully: just meeting them would have been prize enough. They are such a warm and sweet couple, and the work they do for these kiddos with special needs is so admirable and inspiring. When they arrived, they even brought glow-in-the-dark gifts for all three of our boys so nobody felt left out.

The next day they began work on the ceiling. We told Julian they were repainting, but that was it. Over the course of the next few days, while Julian was away at ABA therapy, the couple worked tirelessly on the ceiling. 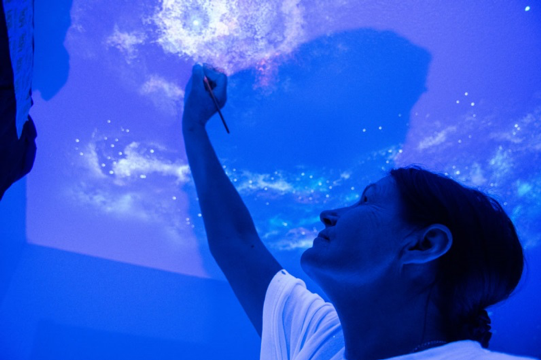 They were so mindful of our home and family, and it was a great honor getting to know them in the process. Our youngest son, Abrian, fell in love with Theresa (and I do believe the feeling was mutual). 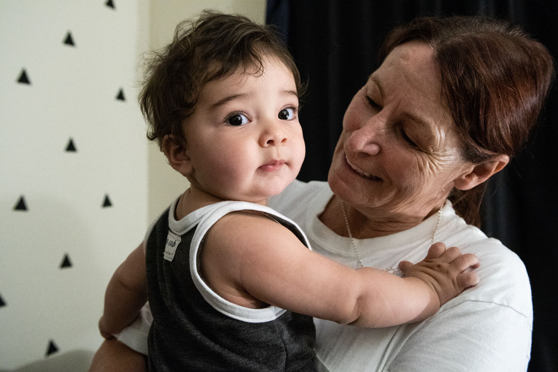 When the time came for the reveal, we could barely contain our excitement. We got the opportunity to convene with everyone that made the magic happen. Our local Ace Hardware generously donated the equipment needed for the project, and it was such a pleasure meeting a couple of the folks from there. 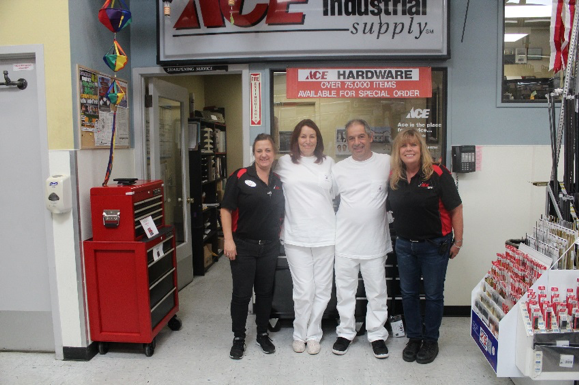 Everyone that came—the photographer, the representative from eBay—was so sweet and so genuinely invested in seeing our son’s reaction to his new ceiling.

Oh, and what a reaction it was! We stuffed our family onto his bed, and counted to three…and we saw heaven come to life above us. Julian exclaimed, “THIS IS SO COOL!” and my husband and I were overcome with emotion.

Theresa and Alber pointed out a dedicated star on the ceiling that they painted in honor of my father who passed away a couple years ago—he and Julian shared a special connection, and knowing he has his Papa looking over him every night warms my heart so. 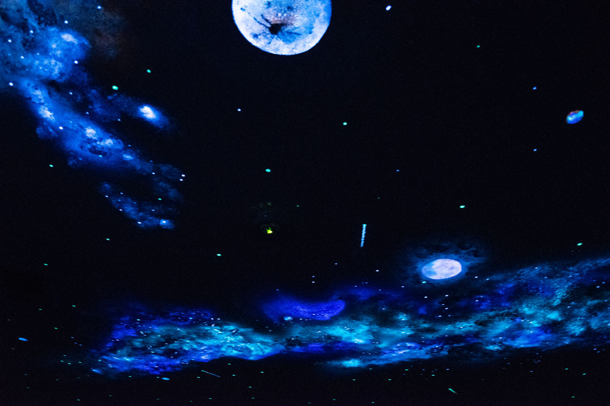 Julian was particularly enamored with the newly minted Black Panther decal on his wall! 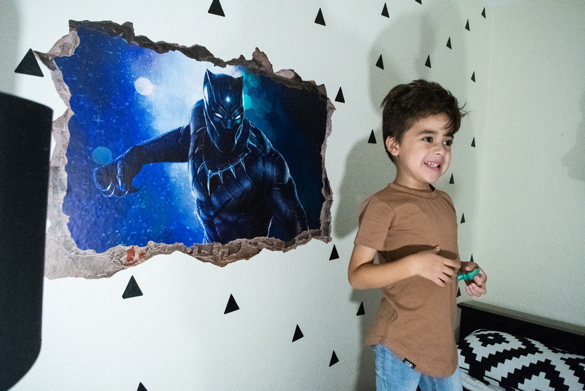 Turning off the lights in Julian’s room used to be a struggle. We tried every nightlight under the sun, leaving a TV on, leaving the door open with a light on in the hall, and nothing seemed to ease his anxiety when it came time for lights out. Now, thanks to StarMakerFX and this wonderful gift from eBay, Julian is actually excited to turn off the lights in his room at night, and we couldn’t have possibly of asked for a greater gift. 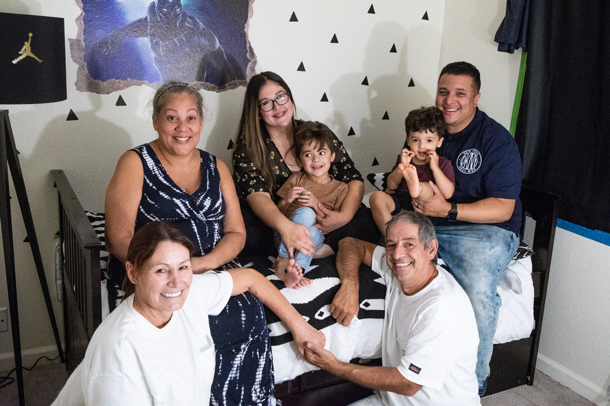 Life on the Spectrum
Stimming to connect, relieve stress and cope with a pandemic

Blog
What is a sensory toy and how do they help?