Karl Wittig, 66, has had a fulfilling 28-year career as an electronics engineer. His work in research and development labs paved the way for the kind of digital high-definition television broadcasting that is currently used today. But his career journey wasn’t always smooth sailing, and when he was 44, he finally understood why. After over 10 years of suspecting that he was autistic, Karl was finally diagnosed with autism spectrum disorder. His diagnosis gave him a deeper understanding of his differences and allowed him to find a tight-knit support group of other autistic adults.

In this Q&A, Karl talks about his journey to an autism diagnosis and his three secrets to career success. 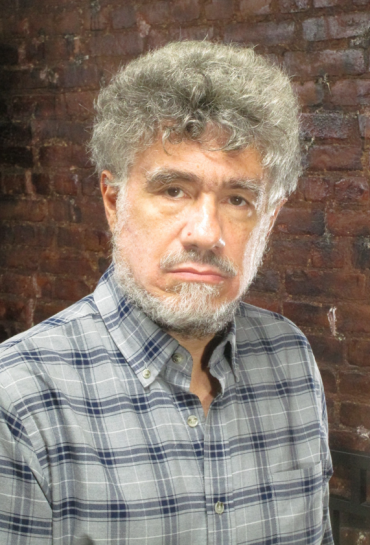 Can you tell me about your career journey? What contributed to your success?

I was an electronics engineer working in research and development laboratories for nearly 30 years. I had already been working there for 20 years when I finally learned that I was on the spectrum. I believe there are three secrets to my autistic career success.

First of all, I’ve been interested in anything mechanical, electrical and especially electronic since very early childhood. That is now recognized as an autistic special interest, but back then, barely anyone knew anything about autism. Consequently, for my entire school career, I was always very strong in the STEM subjects, particularly the really technical ones. I ended up getting an undergraduate degree in applied physics and master’s degrees in electrical engineering and computer science. So, the first secret to my success is that I pursued something that I not only was interested in, but clearly had aptitude for. Because I confined myself to the category of things I was good at, I was able to avoid a lot of difficulties which I’m sure I otherwise would have encountered.

Secondly, I was lucky to work in an environment that was known for employing eccentric and oddball individuals. People realized that I was strange, but it was me and at least half the people in the building, so it wasn’t a big deal. If I had been working in a more typical office environment, some of my communication challenges might have become very serious issues. I know numerous people on the spectrum who lost their jobs because of some interpersonal aspect of their workplace culture. I was thankfully able to avoid that.

The third secret to my success is that I never pursued a management position. In most scientific occupations, the ultimate career objective is to become a member of management. Even 20 years prior to my diagnosis, I knew that this was not the path for me. In general, if you’re offered a promotion or an alternative career path that requires skills that you’re not very strong at, then you’re better off avoiding it, as good as it may look in other ways.

What were some of your biggest difficulties in the workplace?

Basically, I struggled with any “soft skills” – the non-technical skills, meaning any kind of interpersonal or social skills, communication skills and management skills. Also things like flexibility and adaptability— in other words, all the things that employers nowadays are desperately looking for, I was lousy at.

Adapting to change becomes difficult for everybody past a certain age, and so if you’re on the autism spectrum, it’s something like a double whammy. And nowadays, employers are looking for people who can quickly learn just about anything they need to at a moment’s notice and adapt to any changing situations. These things are difficult for autistics.

What motivated you to pursue an autism diagnosis?

I first began to suspect that I might be on the spectrum after the movie Rain Man came out. I remember seeing it and thinking to myself, boy, this guy’s a really extreme version of myself. Rain Man resulted in a lot of public awareness of and interest in autism. There were news reports, programs, documentary films, magazine and news articles—all of that. And whenever I saw an autistic person, I noticed that there were a lot of similarities, even though at the time, all I had was identification with a character in a film.

And then, in the mid-90s, I learned that there were milder forms of autism. I remember watching a 60 Minutes segment about it, and that’s when I first began to take it seriously. I started reading books about autism. Then, on the evening of August 15, 2000, I did an internet search about autism and Asperger’s syndrome. I could not believe what I saw. Every single trait, every single behavior, one after the other directly applied to me.

After that, I sought out a specialist and I presented him with all the evidence I had. At 44 years old, I would not have been an easy diagnosis except for the fact that as a child, my mother had kept a diary of my development. And there was evidence of all these autistic traits, like how I lined up my toys in a row starting at age 2.5 or how I would perseverate on my special interests. There could be very little doubt then. After over 10 years of suspecting, I had finally nailed it.

After my diagnosis, I became very engaged in the autistic communities. I started going to support meetings, which I’ve been going to and facilitating ever since. I’m part of an organization now called Aspies for Social Success that organizes support and social events. 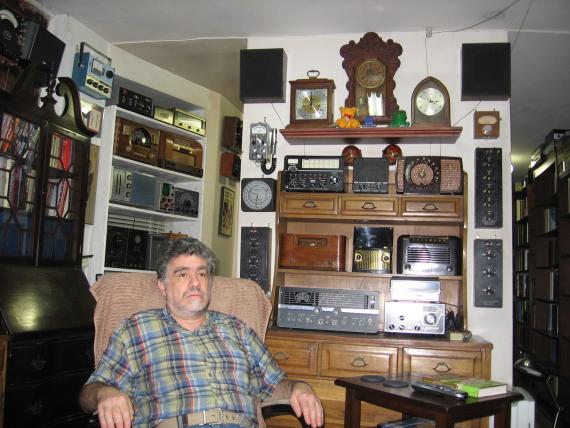 Did you disclose your diagnosis at work?

No. I consulted with a well-known autism professional, and he said that basically, the best thing in a case such as mine was to leave well enough alone. He mentioned that he knew other engineers who were on the spectrum, and there was really no point to disclosing. Now, as it turns out, five years later, I was eventually downsized. I now wonder if it might not have been a good idea to have it on the record for purely legal reasons.

Now that you’re retired, what does the future hold for you? What are some of your hobbies and passions?

I’ve been taking things apart and fixing them for my whole life, and it’s no different now. I like to get any kind of vintage or antique electronic equipment or scientific lab equipment and fix them and restore them. Everything I have ranges from the 1920s to the 1970s. I get them working and looking nice, and then I decorate my apartment with them.