A new study backs parent reports that sensory integration therapy improves daily function in children with autism. The research, led by occupational therapists at Philadelphia’s Jefferson School of Health Professions, appears online in the Journal of Autism and Developmental Disorders. The study was funded by an Autism Speaks treatment research grant. 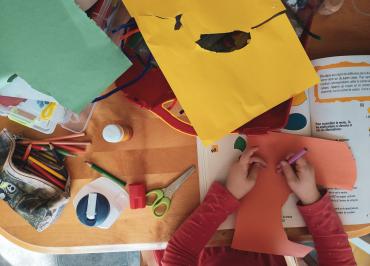 Autism’s symptoms often include difficulty processing sensory information such as textures, sounds, smells, tastes, brightness and movement. These difficulties can make ordinary situations feel overwhelming. As such, they can interfere with daily function and even isolate individuals and their families.

“This study is one of the first to show that a therapy is effective in helping to ease such sensory difficulties in ways that improve daily function,” comments child psychologist Lauren Elder, Autism Speaks assistant director for dissemination science.

Sensory integration therapy, as practiced by occupational therapists, uses play activities in ways designed to change how the brain reacts to touch, sound, sight and movement. While the therapy is not new, it has remained somewhat controversial.

“Part of the problem has been the many different techniques that have been used under the name sensory integration,” Dr. Elder notes.

In their study, the Farber researchers combined two measures to improve the reliability of their assessment. They used the recently developed Sensory Integration Fidelity Measure to ensure that each therapist was delivering the intervention in a manner faithful to its principles. They also used a proven goal attainment scale to objectively measure benefits against parent-set goals for each child.

For example, a parent of a child who wakes during the night due to extreme sensitivity to sounds might set a goal of improving tolerance of ordinary noises and sleeping through the night. For a child who hates touching food, the goal might be to decrease touch sensitivity to the point that the child can comfortably eat a meal.

Researchers randomly assigned 32 children with autism, ages 4 to 8, to one of two groups. Over 10 weeks, the control group received “usual care” with standard speech, behavioral and other therapies for autism spectrum disorder. The experimental group received the same “usual care” plus three hours per week of sensory integration therapy.

Assessors who didn’t know who was in which group met with parents before and after the intervention to set goals and assess progress.

"The rationale is that by changing how sensations are processed by the brain, we help children with autism make better sense of the information they receive and use it to better participate in everyday tasks," says lead researcher Roseann Schaaf. Dr. Schaaf's group plans future studies that will include additional outcome measures and follow children for longer periods to see if improvements remain over time.

For more perspective, see “Sensory Integration: Changing the Brain through Play,” by occupational therapist Alison Wheeland, who is completing a doctoral residency with Autism Speaks.

Expert Opinion
Is there research on the use of cannabis products with children with autism?
We're Here to Help Chat with Us
Autism Response Team Chat
There are no available agents at the moment.