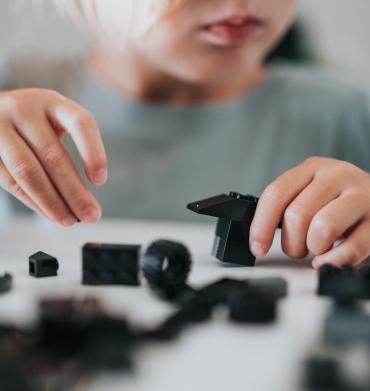 A study published this August in the Journal of the American Academy of Child and Adolescent Psychiatry found differences in restrictive and repetitive behaviors (RRBs) in children with autism based on individual characteristics like age, sex, cognitive functioning, language level and socio-communicative impairments.

Further analysis showed that repetitive motor behaviors tend to decrease with cognitive functioning level, language level and age, meaning that they are most severe among younger children with lower IQ and language skills.

In contrast, insistence on sameness and restricted interests were more common in older children with a higher cognitive functioning level. Both domains increase with age until about 8 to 10 years, and then decrease as children’s language and cognitive abilities become more sophisticated. These results imply that insistence on sameness and restricted interests are most likely linked to delays in the development of executive functioning skills. Results also provide a further support for previous suggestions that insistence on sameness serves as early form of coping mechanisms that help autistic children ease their fears by reducing unpredictability in their environment.

Self-injurious behavior showed a similar trend, increasing with age until reaching a peak between 10 and 12 years, and then decreasing significantly. This behavior was associated with lower cognitive functioning and language level, and decreased in frequency as language level increased.

Across all domains, higher severity of social and communication impairments contributed to more severe repetitive behaviors. This effect was strongest for the insistence on sameness, followed by repetitive motor behaviors, compulsions, restricted interests and self-injurious behaviors.

These results offer evidence that RRBs are more diverse than previously thought and suggest that some of the RRB types are poorly captured by the currently available instruments. Understanding the distinct ways that these behaviors are affected by demographic, developmental and clinical characteristics can help researchers better assess these behaviors and develop more targeted and effective interventions that improve quality of life for people with autism.