Many parents of children with autism have been told that if their child isn’t speaking by age 4 or 5, he or she isn’t likely to ever do so. Some researchers have countered this view – citing cases of children who developed language during grade-school, or even adolescence. Today, a study of more than 500 children confirms those promising reports. It appears online in the journal Pediatrics. 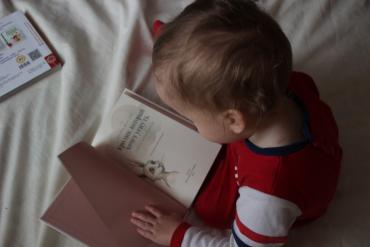 Scientists at the Center for Autism and Related Disorders, in Baltimore, looked at information on 535 children, ages 8 to 17, diagnosed with autism and with severe language delays at age 4. At age 4, their language delays ranged from not speaking at all to using single words or phrases without verbs.

The researchers found that, in fact, most of these children did go on to acquire language skills. Nearly half (47 percent) became fluent speakers. Over two-thirds (70 percent) could speak in simple phrases.

The researchers also wanted to see what factors might predict whether a severely language-delayed child with autism would eventually develop speech. They found that most of the children who did so had higher IQs (assessed with nonverbal tests) and lower social impairment. Somewhat surprisingly, the researchers found a child’s level of repetitive behaviors and restricted interests did not affect the likelihood of language development.

“These findings offer hope to parents that their language-delayed child will go on to develop speech in elementary school, or even as teenagers,” says Autism Speaks Chief Science Officer Geraldine Dawson, Ph.D. “By highlighting important predictors of language acquisition – especially the role of nonverbal cognitive and social skills – this also suggests that targeting these areas in early intervention will help to promote language.”

Autism Speaks continues to fund research into interventions that promote language development as well as supports and services that can improve function and quality of life for nonverbal individuals. You can use the Autism Speaks Grant Search to see more.