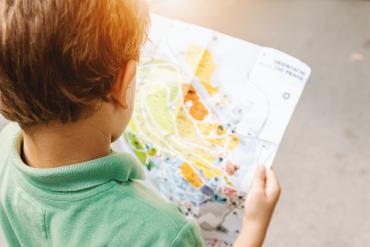 A new study published in the Journal of Child Psychology and Psychiatry found that language regression in early childhood does not necessarily foreshadow worse communication outcomes later in life.

Language skills can vary widely in autistic children, with many children developing fluent language while others experience speech delays or never acquire speech. In this study, researchers examined the relationship between language regression, or the loss of previously acquired language skills in early childhood, and communication skills in adolescence.

Researchers analyzed data from 421 autistic children in Canada whose families participated in the “Pathways in ASD” study, supported in part by Autism Speaks. Parents offered feedback about their child’s developmental, cognitive and socio-emotional function at several stages from age of diagnosis (2 to 5 years) to age 10 or 11.

Of the 408 children included in the analysis, 22% were reported to have language regression, with a median age of language loss at 18 months. Overall, young children with language regression had lower expressive communication skills, or ability to use language; lower receptive communication skills, or ability to understand language; and lower fine motor skills and cognitive functioning.

However, children with language regression generally learned to walk one month earlier and said their first word one year earlier than those without regression. Both groups eventually attained speech around the same time, with the regressive group showing about a three-month delay in both expressive and receptive communication skills.

In order to understand the factors that affect language regression and communication outcomes, researchers examined their relationship with socio-demographic predictors (biological sex, maternal education and family income) and developmental predictors (fine motor skills and cognitive skills). The results showed that socio-demographic factors did not have a strong effect on language regression or development.

However, there was a tight connection between cognitive and motor skills in early childhood and communication levels among all children in the study. In fact, data analysis showed that when accounting for early motor skills, the language deficit associated with language regression disappeared.

It’s possible that this result is caused by measurement error, and that parent-reported fine motor skills reflect underlying language ability. For example, parents might report that their children have low motor skills due to their inability to follow directions or use communicative gestures, which are greatly affected by receptive language skills.

However, the connection between language regression, motor skills and cognition could also indicate that language regression is not specific to language outcomes, but is a symptom of broader biological changes that impact brain development in infants with autism.

Science News
INSAR Day 2: The Lancet Commission reports on the future of autism care and research

News
Thomas Frazier joins the Autism Speaks Board of Directors

Blog
Expert Q&A: Explaining the conditions that accompany autism
We're Here to Help Chat with Us
Autism Response Team Chat
There are no available agents at the moment.