NEW YORK - Autism Speaks, the global nonprofit dedicated to promoting solutions, across the spectrum and throughout the life span, for the needs of people with autism and their families, today announced more than $4.7 million in grant funding to 26 researchers studying autism. As a major funder of autism research, Autism Speaks is committed to advancing the study of causes and better interventions for autism spectrum disorder and related conditions.

“Investing in science is critical to achieving our mission to help people with autism and deliver solutions across the spectrum and throughout the life span,” said Autism Speaks Chief Science Officer Thomas Frazier. “This year’s funding supports projects that will help us understand autism better and lead us to more personalized care and services.”

Applications for all four grant categories were reviewed by panels that included scientists, medical specialists, and autism advocates, and were approved by the Autism Speaks Board of Directors. These projects represent a broad range of basic and applied research studies – all sharing the goal of improving the lives of children and adults on the autism spectrum.

“Part of our unique role at Autism Speaks is shining a light on the need for more answers and progress in autism science that will help people in their daily lives,” said Autism Speaks President and CEO Angela Geiger. “We are thrilled to be able to make this investment in autism research, which will allow us to do the most good for the most people well into the future.”

Funding will go to projects including transition to adulthood and genetics, as well as predoctoral and postdoctoral research fellowships across a range of scientific disciplines.

Transition to adulthood, a growing challenge in the autism community as at least 50,000 children diagnosed with autism age out of pediatric health care and services each year, will receive the largest amount of funding at nearly $2.6 million.

Of four funded projects in genetics, two will look for new genes that are linked to increased autism risk, while two more will study how known genes are linked to sleep problems and repetitive behaviors.

Nia Teerikorpi, of the University of California, San Francisco, was awarded a Weatherstone Predoctoral Fellowship, funded by the Stavros Niarchos Foundation to transform the future of autism research by launching the careers of highly promising graduate students in the field.

Fellowship projects include effects of cannabinoids on behavior and inflammation; education of children with autism in low-resource settings; and immune system regulation and gene expression in autism.

Grant recipients for 2019 are: 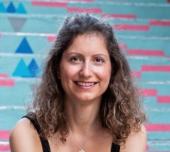 This study will combine phenotypic and genotypic data from MSSNG and AGRE and cross analyze with the Vanderbilt University Biobank extensive dataset to examine how genes affect sleep and circadian disturbances in ASD. It will be the first study to create a genetic risk profile for insomnia in ASD, paving the way for precision medicine to treat sleep disorders observed in ASD. 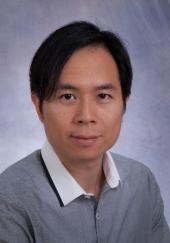 This project will use a novel technique to look more closely at regions of the genome currently difficult to sequence called short-tandem repeats (STRs). These STRs have been seen in other neurological disorders and the expansion of these repeats have been associated with greater clinical severity.  By improving the identification and quantification of the number of repeats, investigators expect to find additional functional and pathogenic genetic causes for autism. 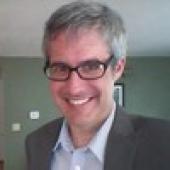 This project will look for previously undetected sequence variations in the Olduvai domains of the genome; a DNA sequence that has played a role in brain evolution and appears to be connected to the severity of ASD. Using machine learning techniques, advanced sequence analysis will be applied to look for specific changes in the Olduvai domains that are linked to risk for autism. 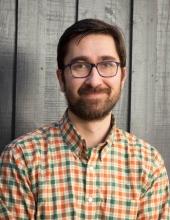 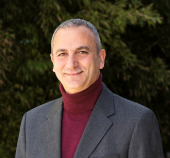 This proposal will look at what components make up restrictive and repetitive behaviors (RRBs) across the ASD population and allow for subdividing this population.  This will provide the basis to identify RRB subpopulations that align with genetic changes. The goal of the project is to determine if these genetic variants are responsible for RRB subtypes. 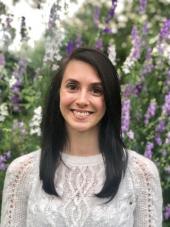 This project will evaluate the effectiveness of the Center for Autism Services and Transition (CAST) model of personalized primary care to transition-aged autistic adults. Outcomes and costs will be compared with matched national samples, and factors that influence the effectiveness of CAST will be identified. 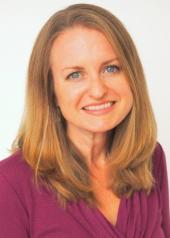 This project will adapt and evaluate the effectiveness of the PEERS program in a post-secondary employment setting, providing training in job-related social skills. The intervention includes employer support and coaching, as well as ongoing peer coaching for participants. 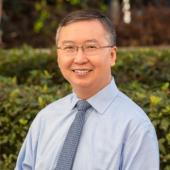 This project will conduct a randomized clinical trial of the specialized employment program [Neurodiversity at Work Program (NaW)] for improving employment outcomes as well as quality of life (QoL) of individuals with ASD. NaW includes job coaching in the first three months, and ongoing support from supervisors, mentors, co-workers and therapists. 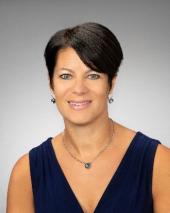 This project aims to develop efficient and validated measures of functional outcomes for adults with ASD across the areas of employment, independent living, and social functioning. Methodological innovations include developing self-reported as well as proxy-reported measures. This project, for the first time, will attempt at developing sensitive measures of adult functioning among individuals with ASD with significant program and policy implications. 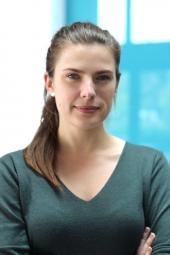 Under the mentorship of Jeremy Willsey, this project will analyze genes in autism, congenital heart disease and genes shared by individuals with both conditions. The goal is to identify CHD genes with shared risk for autism to improve early identification of autism among children with known CHD. 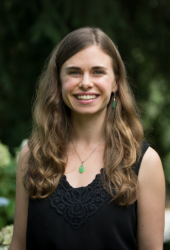 Under the mentorship of Inna Fishman, this project will study language patterns and their neural correlates using fMRI in a socioeconomically diverse sample of young children with (and without) ASD, at two points in time. The study will identify whether and to what extent lower-socioeconomic status children with autism may be more vulnerable to language delays and more atypical brain network organization, compared to higher-socioeconomic status peers with autism. 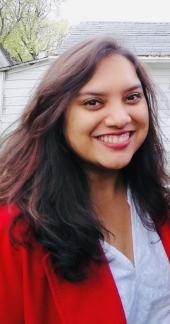 Under the mentorship of Tabrez Siddiqui, this project will help identify potential drug targets in the network of neural synapses associated with autism. Researchers will develop ASD modeled neurons and test the therapeutic potential of our developed agents in these models. 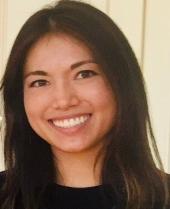 Under the co-mentorship of Dr.s Zhao-Hui Song and Gregory Barnes, this project will study whether certain phytocannabinoids have an effect on two different outcomes: autism-like behaviors in mice and change in anti-inflammatory compounds in mice and human immune cells. 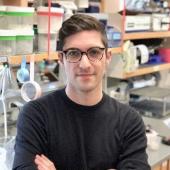 Under the mentorship of Dorothy Schafer, this study will investigate the inflammatory microglia in mice as a contributor to the excitatory-inhibitory balance of neurons. The mouse data will also be compared with functional MRI data of human subjects who have ASD and inflammatory markers to identify new targets for treating ASD.

Under the mentorship of Ruth Carper, this study will investigate brain structure and behavior data of older adults with autism to understand if they are at greater risk for cognitive decline or accelerated decline than typical adults. Researchers may be able to use this understanding to identify long-term support needs for adults with ASD.

Under the mentorship of Giovanni Bosco, Allan Gulledge, and Matthew Weston, this study will use mice with a PTEN-related genetic variant to identify related proteins that may influence the PTEN phenotype and thus serve as new targets for therapy. 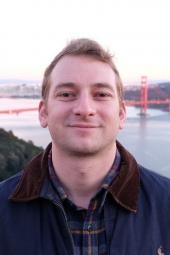 Under the mentorship of Tomasz Nowakowski, this study will investigate rare and common ASD-associated genetic risk in non-coding areas of the genome that affect chromatin in the developing brain. This work will generate a single-cell catalog of important gene regulators in the developing human cortex and identify ASD-associated variants that could alter their activity, potentially uncovering novel targets for treating the core symptoms of ASD. 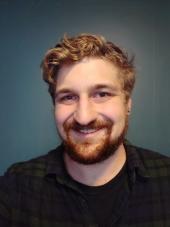 Under the mentorship of James Ellis, this study will use induced pluripotent stem cells to investigate overconnection of neurons that carry a variation of the SHANK2 gene. By looking at these neural pathways, researchers may identify new targets for intervention that affect SHANK2 function. 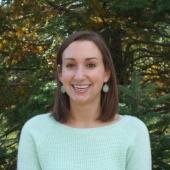 Under the mentorship of Gemma Calamandrei, this study will use a mouse model to investigate microbiome and microglia changes in the maternal immune system during pregnancy and their effects on brain and behavioral development in offspring. 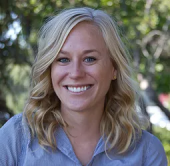 Under the mentorship of Aubyn Stahmer, this study will identify the unique barriers and facilitators of including students with ASD in low resource classrooms and develop a training program adapting evidence-based ASD strategies for low-resource classrooms. 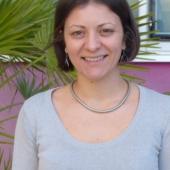 Under the mentorship of Viviana Trezza, this study will use a mouse model to test the effects of CBD on autism-like behaviors to evaluate its potential therapeutic effectiveness.

Under the mentorship of Stuart Lipton, this study will investigate the role of inflammation as a cause of autism, looking at certain types of microglia and how they interact with neurons. The insights obtained from the current study may be of general interest for designing new diagnostic tools and personalized therapies for ASD. 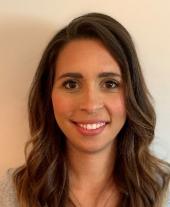 Under the mentorship of Karun Singh, this study will examine the impact of SCN2A genetic variation on synaptic function in human induced pluripotent stem cell neurons. It has the potential to identify targets for testing and developing new ASD therapies. 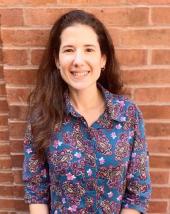 Under the mentorship of James Gusella, this study will investigate certain autism-related genetic variations (loss of function and missense variants) and their regulatory effect on gene expression that affects neural functioning associated with autism.

Under the mentorship of Gregory Wallace (George Washington University), this study will use structural and functional magnetic resonance imaging to examine the brain bases of camouflaging behaviors and alexithymia, and their impact on psychiatric burden in ASD women during transition to adulthood. 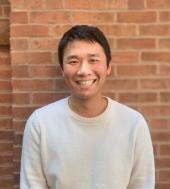 Under the mentorship of Michael Talkowski, this project will assemble a comprehensive gene discovery effort in ASD by integrating all classes of variation (SNVs, indels and SVs) in more than 640,000 samples. It will permit the first comprehensive evaluation of genetic architecture in ASD to facilitate a stronger biological basis for basic research and clearer definition of the genetic basis of clinically distinct subtypes.