To Warren, kindness means “that people are nice. And it is important to show your feelings.” 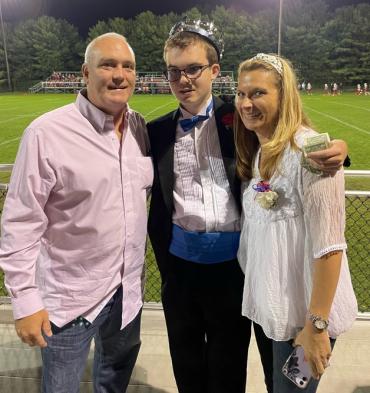 As a freshman entering high school for the first time, Warren never dreamed of being front and center in the homecoming festivities. He was too focused on navigating the hallways and finding his way to class on time. Four years later, he knows his way around the school—and his classmates know him just as well.

The senior at Wall High School in New Jersey recently had the honor of being crowned Homecoming King by his fellow classmates—a distinction he never thought he’d be awarded when he started school as a shy, socially challenged freshman on the autism spectrum.

“I was very surprised,” said Warren. “Before homecoming my life was pretty normal but now people recognize me everywhere and talk to me a lot more. I never expected this.”

It was the school’s wrestling team that initiated Warren’s nomination to be on the homecoming ballot, and the rest of the school jumped on the opportunity to show their support for the loveable senior.  Once his mom, Krissy, found out her son was in the running to be king, she was moved by the kindness of his classmates and wasted no time helping him create a video asking his peers to spread the word and vote for him.

“Kindness and inclusivity are taught in today’s world but this took it a step further,” she said. "Just because some kids have different behaviors and don’t communicate like we do, it doesn’t mean they don’t want interactions and friendships. The whole experience filled my heart with so much love.”

Although Warren admits that he was “really nervous” while standing on the football field in front of what seemed like the entire school at halftime of the homecoming game, Warren certainly didn’t show it. Dressed in a black tuxedo with a royal blue cummerbund, Warren had a pep in his step as the gold crown was placed on his head. He stood arm in arm with the Homecoming Queen to pose for photos and wave to the cheering crowd of classmates, family and members of the local community, soaking in the moment.

At 17, Warren still faces challenges in his daily life as a result of his autism, mainly in social settings or when his daily schedule is thrown off kilter, but he never lets it stop him from doing anything he sets his mind to. Aside from working towards earning his diploma, Warren plays saxophone in the marching band, participates in several after-school athletic clubs and works part-time at his local IHOP—a job he acquired with the help of a work program at his school.

His mom vividly remembers the day she received the autism diagnosis for her then 2-year-old son, Warren. She and her husband, Warren III, had to re-imagine the life they wanted for their first born and forge ahead with a different vision of his future. 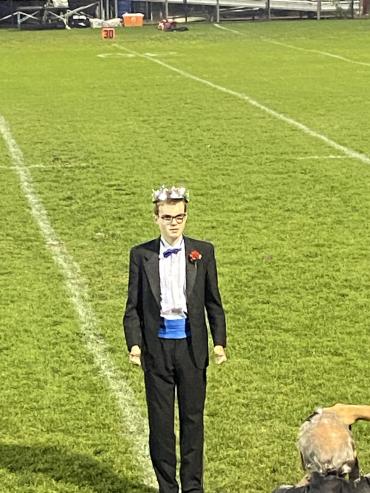 But as we know, different doesn’t mean less, and the couple devised a plan that would allow their son to develop into the best version of himself he could be. Speech, occupational and auditory therapies, regular visits with a developmental specialist and a homeopathic food sensitivity specialist to ensure Warren’s diet was best suited to fit his lifestyle all became part of the family’s daily routine.

“We had 20 hours per week of early intervention until he was 3, then full-time preschool with services,” said Krissy. “I was a mom on a mission to help my son release his full potential! If you ask my husband, he says I went a little overboard, but I was willing to try all different types of therapies. We believe one of the biggest contributors to his success is keeping him in a gluten and dairy-free diet. When we initially started him on this diet, around age 4, we saw a huge jump in his vocabulary within a few weeks.  Warren still maintains a gluten and dairy-free diet to this day.”

Since Warren’s big day, his mom proudly posted photos and videos of her son’s crowning, causing an overflowing wave of kindness and love from their family, friends and community of online followers. Warren’s homecoming story was even picked up by local television stations spreading positive messages of inclusivity and acceptance across an even bigger platform.

“Many people have stopped me to share how Warren’s story touched them and made them cry with joy. Some, while talking to me, get teary eyed which makes me cry all over again!  My heart is still so full of love over this entire experience.”

Warren plans to stay at his high school for work training after he graduates with hopes of finding a job and one day traveling the world.

To Warren, kindness means “that people are nice. And it is important to show your feelings.” On this World Kindness Day, we couldn’t agree more, your Royal Highness.

Blog
How to Support Students with Autism: Virtual Learning Environment