Kindness means everything to me as parent, it is a core value that I try to instill in my children and something that makes such a huge difference to these sweet souls we are raising. 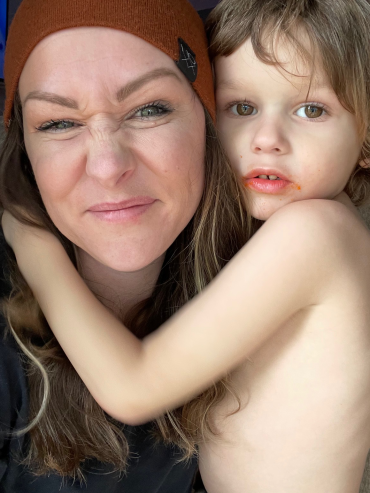 My name is Cortney R. I wanted to take this opportunity during World Autism Month to introduce you to my son, Walter. There are so many ways to describe this little boy, but the first five words that come to mind are loving, energetic, brilliant, charismatic and entertaining. This little ham will do just about anything to get an applause, so being the center of attention suits him very well.

We received Walter’s autism diagnosis on his third birthday. Although he is considered nonverbal, it doesn’t mean he can’t communicate or express himself. Thanks to his wonderful team of therapists and teachers, we are learning to communicate through American Sign Language and Picture Exchange Communication System (PECS). We are even learning sign language as a family so we can all better communicate with one another.

Walter craves a lot of sensory input, he always has, so we try to be as active as possible. He loves going to the trampoline park and to the outdoor park - he lives for swinging and sliding. At home he is almost always snuggled up to a “puppy,” which is one of the words he can say clear as day and it melts my heart each time.

I cannot wait to see where this journey takes us and just how much Walter will continue to thrive. For now, I plan to continue sharing his story and being transparent about our journey as a family because awareness and truth is the best way to create acceptance for people with autism.💙

Learn more about Walter’s journey in this Q&A with his mom, Cortney: 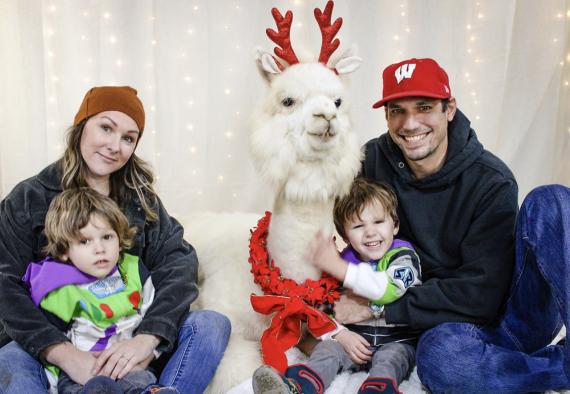 In your experience with Walter, how important is early diagnosis and intervention services?

I wish we could have started applied behavior analysis (ABA) therapy sooner. We have seen so much growth in Walter since we intervened with services. Most facilities in our state (Washington) will not start services without a diagnosis, so due to COVID-19, it took us over a year to get an official diagnosis. Today, Walter absolutely loves his therapists, and it has been such a wonderful feeling seeing him connect with someone and discover a love for learning.

Did you realize something was different about Walter before his diagnosis? If so, please share some of your experiences and how the diagnosis came about.

My husband knew early on that there was something different about Walter. He hit every milestone up until his 2-year checkup. That’s around the time when we noticed a speech delay, but his fine motor and all other skills seemed absolutely fine. He would make eye contact and was always having to be the center of attention. His pediatrician never saw any signs of autism and gave us goals for working on his speech. After this appointment, we started gradually seeing more signs that he was on the spectrum (hand flapping, repetitive sounds and tons of sensory seeking behavior). This boy would put everything and anything up to his mouth to feel the texture.

What were your initial thoughts when you first received Walter’s diagnosis? 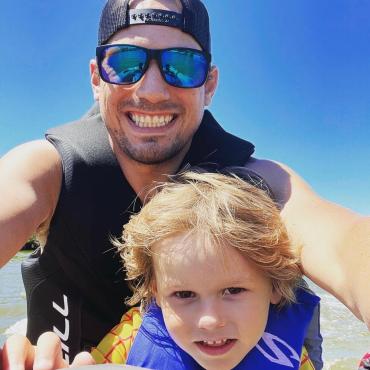 It was such a relief to receive his diagnosis because it meant that we could start therapies and finally see light at the end of the tunnel. It was not hard news hearing that Walter is autistic, but it was hard to accept that our son’s life is going to look a lot different than what we expected. We also realized very quickly that we have a lot to learn in order to help him succeed and reach his full potential.

Tell us about some of the struggles Walter faces on a daily basis?

The biggest struggle has been his diet. Being such a sensory seeking little human makes for a very picky eater. Thankfully, he loves fruit. He also loves McDonald’s fries. What a shocker for a 5-year-old boy, right?! 🙃

You mentioned Walter is nonverbal. How has he learned to communicate and how has that improved since his initial diagnosis?

Improving Walter’s communication is our main goal because it has been his biggest struggle by far. He knows what he wants to say, I can tell by his facial expressions and body language, but he just does not have all the words yet. Thankfully, we have started working with Picture Exchange Communication System in ABA. He’s also learning American Sign Language as another way to communicate. Walter is a visual learner, so this was such a big step for us. He is now getting comfortable looking through his PECS book and will make food and activity requests with pictures. He will also sign to say things like, “more,” “all done,” “help” and “open.” We learn a new sign each week through therapy, however I try to sign as much as possible since we are trying to learn as a family.

What are some of Walter’s biggest strengths?

His memory is remarkable. I had ordered some alphabet magnets for our fridge not thinking about it too much. He played with them on and off for a day or two. I was cooking breakfast one morning and Walter had them all lined up and in alphabetical order around the kitchen table. His favorite thing now is to pick whatever letter he finds first and will complete the alphabet from there. He can say all 26 letters and will gladly point them out to you when you ask.

What advice would you give to other parents who have a child/children on the spectrum?

Trust your intuition and ALWAYS advocate on behalf of your child. There is so much to learn about autism and as parents, it’s crucial to be educated – even if it is something as simple as listening to a podcast (“Moms Talk Autism” is by far my favorite.) Most importantly, know there is a great community out there and so many resources.

Also, remember you are not alone. Being an autism parent can be very isolating. We live a completely different lifestyle than other parents, so it is very important to stay strong and have a support system.

Please describe some of the therapies and services that Walter receives. How have those services positively impacted his life?

Once we received Walter’s diagnosis, he was enrolled into an early intervention program through the school district. He goes to school four days a week for three hours each day and has his para educator with him the entire time. He does occupational and speech therapies during his school day and then he goes to his ABA clinic for another 3 hours after school. This has been our schedule since the beginning of the school year in September and he is thriving. He is very much schedule-oriented, and that has been a big piece of this puzzle. We like to throw random occupational therapy appointments in the mix and will go hang out with some therapy llamas every once in a while. I am hoping with a new referral we can start an equine therapy program over the summer since he will not be in school.

What is your connection to Autism Speaks and how have we provided support to you and your family?

I started following every and any autism page I could find once I knew what our journey was going to be. I wanted to be as educated and informed as I could possibly be. I always go to Autism Speaks first. It was comforting to me to read the introductions of all these miraculous little beings and know that we were not alone.

What are your hopes for Walter’s future?

For him to be happy and successful. Not only that but for him to have the confidence in knowing he can do whatever he wants and that we will support him along the way.

As I’m sure you know, April is World Autism Month. As a mom of an autistic son, why is kindness important to you and what does the month mean to you and your family?

This is my favorite question so far. I had briefly enrolled Walter in a pre-k class prior to his diagnosis when he was 3. I had informed the facility that he was nonverbal, that I was extremely nervous and to call me if he got upset or if they felt I needed to come and get him. I picked him up after four hours and the first thing the “teacher” said to me was, “Your child is full blown autistic.” Not kind, not even a little. I will never forget this conversation and her tone that was filled with annoyance. The most irritating part of hearing those words come out of her mouth was the fact that Walter was standing right there, and she talked to me like he did not exist. That was his first and only day at that school.

A lot of people hear the word nonverbal and they automatically assume he doesn’t talk and simply doesn’t understand. That could not be more inaccurate. Walter is very receptive when it comes to what is being said to and about him. He is extremely intuitive and sadly knows when he is unwelcome. Kindness means everything to me as parent, it is a core value that I try to instill in my children and something that makes such a huge difference to these sweet souls we are raising.