It was hard for me because I was so closed in and just liked to be on my own and in my own world, but when I realized that I have autism and realized that this is who I am, things changed for me. 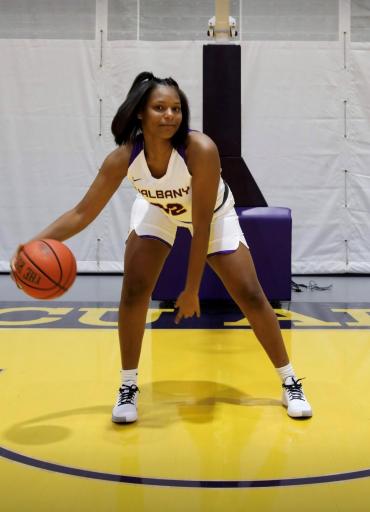 As standout athlete at Roselle Catholic High School in New Jersey, Taniya played four years of varsity basketball, scoring over 1,000 points during her career and captaining the team to a county championship during her senior season. Averaging 14 points, 12 rebounds and seven blocks per game for the Lions, Taniya caught the eye of several college coaches, one of whom was University of Albany Head Coach, Colleen Mullen.

“When I first met Coach Mullen, I was pretty nervous because I didn’t know what to expect. It took some time to open up, but after having multiple conversations with her and getting to spend some time with her during our visits, she gained my trust. She’s made me feel so at home and has become a mother figure to me.”

During the recruiting process, Coach Mullen made the two-and-a-half-hour drive to Roselle to meet with Taniya and her family to learn more about the standout forward and invite her to choose to further her academic and athletic career in Albany.  Eventually Taniya was offered and accepted a full scholarship to play for Coach Mullen and the Great Danes, but it was an interesting encounter during that visit which left the second-year coach scratching her head the entire drive home.

“It’s funny when I think back on that trip today because Taniya is the polar opposite of the person that I met that day. I remember sitting down in Taniya’s family home and being a little taken aback at how she just didn’t really seem present,” Coach Mullen said. “I’m a college coach sitting in your house and telling you about all of the reasons you should come to Albany on a full athletic scholarship to play D-I basketball, but you are preoccupied with your cell phone and avoiding eye contact with me? I really didn’t know what to make of it at the time because I’ve heard so many wonderful things about her from former coaches and the other people who knew her. Things just didn’t add up.” 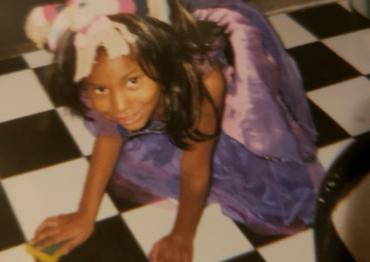 In the record books Taniya stood out among her peers, but in the social setting of a recruiting visit, she withdrew and hid behind her phone screen, unable to express how she was feeling. This wasn’t because she wasn’t interested in attending Albany or didn’t like Coach Mullen; Taniya felt uncomfortable in these types of settings as a result of her autism. Diagnosed at five years old, Taniya always knew she was different from most of her friends and other kids her age, but it wasn’t until she found basketball that she realized being different only meant she had talents that not everyone possessed.

“It was hard for me because I was so closed in and just liked to be on my own and in my own world, but when I realized that I have autism and realized that this is who I am, things changed for me. That’s also around the same time that I found basketball.”

Coach Mullen had no idea that Taniya was autistic until one day after a long summer practice when she brought the team together to share a heartfelt message about a personal struggle she and her family were dealing with at the time. It was after this moment that Taniya and Coach Mullen fully understood why they were brought together at University of Albany.

“Everyone is sitting around, and I just said to the team that I wanted to share something personal with them. I think everyone could sense I was dealing with outside things at the time, so I wanted to be open and honest with them. That’s when I told them that my son, Callan, was diagnosed with autism spectrum disorder.” (Callan’s twin brother, Brennan, was also diagnosed with ASD three months later.) 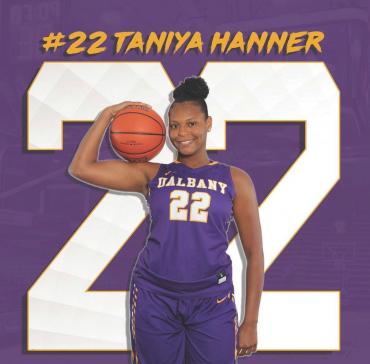 “We all came together for a big team hug and then after everyone kind of dispersed, Taniya came up and said she was diagnosed with autism when she was a young kid and that everything is going to be okay with Callan. That meant the world to me. I’m positive I will be able to coach and develop her more effectively because of the connectivity and trust that was built by sharing our stories in that moment.”

Taniya is excited about growing on and off the court with the help of Coach Mullen and the rest of the coaching staff at U of Albany. As a psychology major, she hopes to one day help other people who may be struggling to find answers to the difficult questions life can throw their way. But for today, she’s just thankful to have found a solid support system with teammates and coaches who accept her for the kind-hearted person she is.

“Picking the right school was a big factor for me since I never experienced such a dramatic change like moving away and living with new people. I immediately fell in love with all of my teammates and bonded instantly, but it was still a nerve-wracking decision,” Taniya said. “I knew right away that I belonged with them and with this team – they’ve all become like sisters to me.”