Every day, Nolan leaves his house with a huge smile on his face, and he comes back home with that same smile. Although he cannot communicate how his day was, you can read his face and you can tell he is happy. To me, this is priceless. 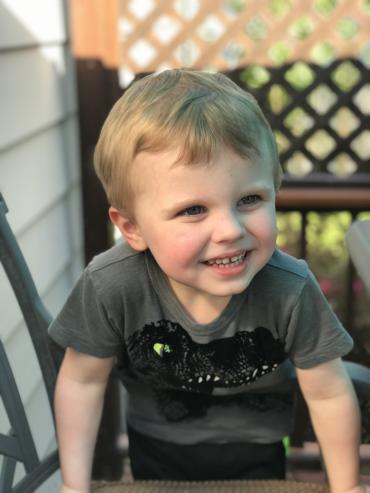 In September of 2020, Nolan’s pediatrician suggested to his mom, Stephanie, that getting a hearing test and contacting Child Developmental Services and their local school district could be the start of uncovering some of the answers to the many questions she had about her son’s developmental progress. Three months later, after undergoing many tests and doctor visits, Nolan was diagnosed with autism spectrum disorder, social communication disorder and mixed receptive-expressive language disorder. He experienced lack of coordination, lack of expected normal physiological development in childhood and delayed milestones in childhood.

Just 19 days after his diagnosis, Nolan began receiving services thanks to the relentless efforts of his mom, who understood the significance of early support in improving Nolan’s long-term outcomes.

“I think it is important to point out the dates and how swiftly everything came together, as this was in the middle of the pandemic.  As soon as our pediatrician mentioned autism, I knew I had to get on the phone and onto the computer to make calls, send emails and schedule appointments so that Nolan would be set up for success.”

Since that time, Nolan has been receiving extensive supports from the staff at Three Bridges School in Three Bridges, New Jersey. Stephanie says her son’s teachers in his Pre-K special education class have implemented an Individualized Education Program (IEP) and provide applied behavior analysis (ABA) therapy, as well as a steady and invaluable foundation of support.

“We have always been met with the utmost kindness, patience and support there. This started from my first call to our pre-school case manager and continued with all of his teachers. Even the bus drivers have been instrumental in his daily life. There are many people who have provided encouraging guidance to help us along our journey. Every day, Nolan leaves his house with a huge smile on his face, and he comes back home with that same smile. Although he cannot communicate how his day was, you can read his face and you can tell he is happy. To me, this is priceless.”

Since he was diagnosed at 3, Nolan missed the cutoff to receive early intervention services which are available for infants and toddlers in New Jersey up to age 3. Stephanie says she regrets not having her son tested earlier after seeing how much his sister, Sloan, 2, has benefited from the crucial services after she was diagnosed.

“My daughter, Sloan, was diagnosed at an earlier age and is also non-verbal. I’m so thankful she qualified for early intervention with speech and occupational therapies because we’ve seen results in a matter of weeks. I believe Nolan would have benefited greatly from the extra services. I encourage all parents to be proactive and reach out to their pediatricians if they suspect something could be wrong.” 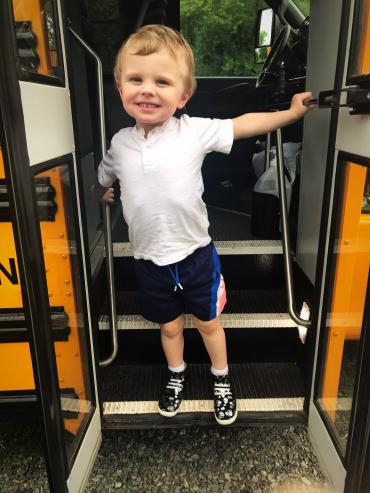 Learn more about Nolan through the words of his mom, Stephanie, in this Spectrum Spotlight Q&A:

What are Nolan’s strengths?

Since attending school, we have all witnessed him excelling with following directions, motor imitation, eye contact, toy play, drawing lines, stacking blocks, coloring simple shapes and playing with other children from school on the playground. Nolan is now recognizing colors and pointing them out on different objects. He also loves singing the alphabet and identifying the letters when he sees them.

Nolan is very affectionate - he likes to give kisses and hugs to his family and loves animals, especially his dogs, Indy and Coco!

Can you share some of Nolan’s challenges as well?

Nolan has significant delays in speech and language skills for his age.  Since he cannot say what he wants or how he feels, we must try to interpret what he is trying to communicate.  However, there are times when we do not know what he wants which often leads to his frustration. Nolan can be hyperactive in certain situations and has a short attention span.

Nolan has also always struggled with sleeping. He never napped or slept well as a baby, and that still continues today. He’s also a picky eater, although he eats healthy. We have a hard time introducing new foods.

What are Nolan’s hobbies / favorite things?

Nolan thoroughly enjoys watching music videos on YouTube - he imitates the motions and tries to sing along with the lyrics to his favorite songs. Nolan loves being outside and running. He is actually very fast! But he also likes looking at nature and seeing the weather, such as rain or a thunderstorm. He enjoys looking through books and identifying objects that he can recognize. Our house is a Disney house, so he loves Mickey Mouse!  Most of the Pixar movies are in constant rotation playing throughout the day. 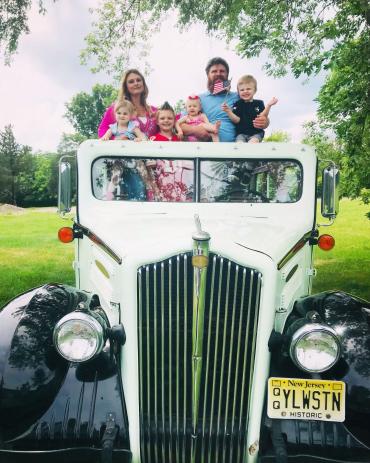 Can you share what it’s like to be a mom of a child on the autism spectrum?

Family has always been my most important priority. My happiness comes from my children’s happiness. Having a child on the autism spectrum is just an added bonus to me. Of course, there are rough days, but more often than not, my days are so fulfilling and rewarding. Nolan is this pure, happy, loving little boy who lights up the room wherever he goes. I am constantly asked, “is he always this happy?”  And the answer is YES, Nolan is constantly smiling ear to ear bringing joy to those he meets. I am so proud to be his mother and cannot wait to see all the wonderful things he may do in the future because of his kind soul.

What was your initial reaction when you first were told your son was on the spectrum?

My initial reaction was one of denial and doubt. Nobody ever wants to think that there may be something wrong with their child. And then your mind automatically goes into guilt, blame and trying to find answers to questions like “how am I going to protect my child?” I felt very alone and was left with more questions than answers upon the diagnosis.

Just like with all children, this is just the beginning of a beautiful new life. You have the opportunity to rethink things in fun, creative ways that are going to help your child navigate through their world and into yours. 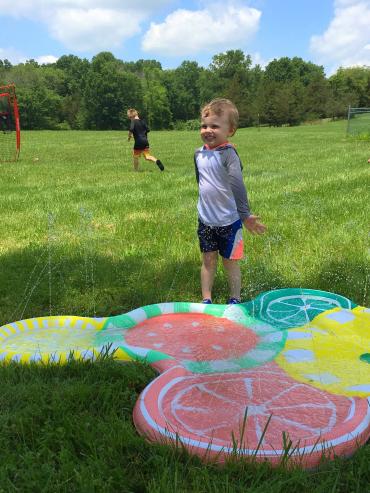 How have Nolan’s siblings played a role in providing him with guidance and support through the years?

Nolan’s siblings are young, but I know how impactful each of them has been so far.  Gunnar, 8, his older brother, is already well-aware of protecting and watching out for Nolan. They enjoy running around, chasing each other with the football, making pretend plays and touchdowns.  Gunnar helps teach Nolan by building forts, playing games, and being a big brother. Nolan has always been so gentle with the arrival of both his little sisters, Sloan 2, and Skylar 11 months.  He always wanted to feed them bottles and show his empathetic side as a big brother. I cannot wait to see how each of their sibling relationships blossom over the years.

How have you learned to advocate for your son since his diagnosis?

First and foremost, you know your child better than anybody. Never let anyone tell you differently. With that being said, I’ve learned to advocate so that I am well informed about Nolan’s needs. I’ve learned more about rights and services that your child can receive, become more confident and try never to lose sight of what’s most important in life. Being able to communicate clearly and not be afraid to ask questions, even if I need to take some time and come back with more questions after a meeting.

What is your connection to autism speaks and how have they provided support to you and your family?

When you’re first given your diagnosis, you’re given the label and not much else. So, I started trying to do my own research to find out what happens next. That’s when I found Autism Speaks. I started looking at their website and the endless links to find answers to all the questions I had. That led to reading all of the stories of the other people in the autism community. I was so moved, inspired and overjoyed that there was a place that could allow people to be authentic and share their real-life story with strangers needing to know they are not alone on their journey. This is right around the same time that I found the Autism Speaks Walks. I started our team, “We Speak for Nolan.” I am elated to be walking on his behalf, raising money to support the work of Autism Speaks on behalf of people with autism and being around others in the autism community.

What are five words that best describe Nolan?

Blog
Finding myself in autism