A lot of the struggles I’ve faced all have to do with socialization and feeling accepted. Like most people, I want to feel socially accepted and liked. It’s difficult feeling like nobody understands me at certain times. 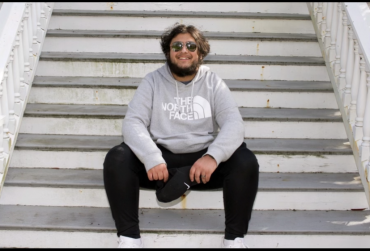 Feeling like an outsider and growing up struggling to express himself wasn’t easy for Nikhil. Diagnosed with autism at 18 months and nonverbal until around the age of 4, he recalls keeping to himself a lot – even in social settings surrounded by family and friends.

Eventually, he began to come out of his shell with the help of occupational and speech therapies, which he began at age 2 thanks to his mom, who realized her son needed the extra services to one day reach his full potential. But as he got older, Nikhil continued to have difficulty connecting with peers, teachers or people outside of his inner circle and was often bullied by other kids who took his shy demeanor as a sign of weakness and an invitation to tease and exclude him from events and school activities.

“I had trouble sharing my thoughts up until second grade. During this time, I remember one of my teachers would yell at me if I asked too many questions or had trouble with something. For a long time, this made me feel like it was not acceptable to ask for help. This negatively impacted my mental health and added to my struggles.”

Although Nikhil still deals with anxiety when meeting new people and sometimes finds himself avoiding eye contact during conversations and feeling overwhelmed in large crowds or noisy public spaces, he has come so far from being the shy introvert who preferred solitude. Today, he is an 18-year-old music student at James Madison University (JMU) with dreams of moving to New York and playing his trombone professionally in the New York Philharmonic.

With the support of loyal friends and family who always have his best interests in mind, Nikhil is on track to reach his full potential.

“The summer heading into third grade is when things started to change for me. I started Extended School Year (ESY) services and it helped me be successful for the rest of my school career. I was able to find many things that interested me, including my passion for music and trombone. I eventually got into some of the best high school ensembles in the state of Virginia and was accepted into my dream college – JMU!”

Learn more about Nikhil’s journey in this Spectrum Spotlight Q&A.

What does being autistic mean to you?

That you may do things a little differently, but at the end of the day, you are just like everyone else and people should support you.

I never directly told a lot of my friends and acquaintances that I’m on the spectrum. Maybe they figured I might be, but never said anything about it. The people who know don’t care. They are very accepting of it — at least that is how it seems.

How have you been affected by bullying?

I was excluded a lot from activities by other kids and heard a lot of things said about me that weren’t true. One time, I was angry over something and I punched a wall and broke my hand. I got called “iron fist” for like two months and that impacted me in a negative way. That brought back those bad memories of being teased and showed me that mental trauma never truly heals, it always stays in the back of your mind.

What advice would you give to someone who is being bullied?

It’s hard at the time, but you have people in your life who care and support you. There are also a lot of tools out there to help overcome and prevent bullying.

In what areas of your life has your autism helped you excel?

With my music, specifically the trombone.

A lot of the struggles I’ve faced all have to do with socialization and feeling accepted. Like most people, I want to feel socially accepted and liked. It’s difficult feeling like nobody understands me at certain times.

What services and supports have you received since being diagnosed? How have they helped you?

Both occupational and speech therapy have helped me function better in society and be more confident in situations that I normally wouldn’t be comfortable in.

What are you most proud of?

Making all-state band and being offered music scholarships to every college and university I applied to.

Can you share a few of your personal goals?

I want to get my master’s degree in music performance and get into summer music programs across the country. I’d also like to graduate college as an honors student.

What advice would you give to a young person recently diagnosed with autism who is wondering what the future holds?

It’s challenging at first, but you have friends and family who support and care about you, so lean on them. There are also many services and avenues for support out there. If you want the help, it’s available.

What are five words that best describe you?

Blog
In our own words: Diagnosis stories