You find out very quickly how important it is to share your story and build a sense of community with other people in similar circumstances. 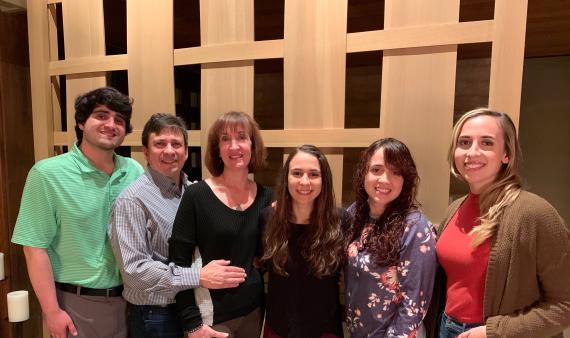 When Dylan Carbonell was diagnosed with autism in 1996, his parents, Michele and Nelson, weren’t sure where to turn for guidance. They recall autism being referred to as “the A word,” and being autistic was viewed as an affliction. Unfortunately, this was the reality for many families at the time, so the Carbonells decided they to do everything in their power to help create a brighter future for their son and others in the autism community. 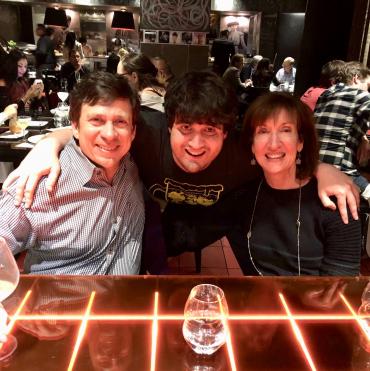 “Things were very rough back then because parents were made to feel isolated and ashamed to have a child with autism. At first, you are feeling badly about your situation, but then you finally realize it’s not about you – it’s about your child,” said Michele, former volunteer chair of the Autism Speaks National Capital Area chapter board. “That snaps you out of it and gives you the strength to stand up and advocate for them. You find out very quickly how important it is to share your story and build a sense of community with other people in similar circumstances.”

When Dylan was first diagnosed, doctors told Michele and Nelson their son would likely never communicate or even express emotion - a presumption that didn’t sit well with the Carbonells. It was at that moment Michele decided to put a crayon in her son’s hand and teach him how to express himself through art. Today, at 26, Dylan is still using his art to shape his thoughts and emotions.

Dylan lives independently in Los Angeles and continues to achieve milestones that his parents were told he’d never reach. He attended and graduated from Exceptional Minds, a computer animation studio and non-profit digital arts vocational academy for young adults on the autism spectrum, has interned for Nickelodeon and Warner Bros. and worked on digital animation projects for the likes of Sesame Street and Special Olympics.

“School was always a nightmare for Dylan. We did everything we could to help him and his teachers work better together. After high school we wanted to help him find a path to independence and that’s when his therapist recommended Exceptional Minds,” Nelson said. “We were a little skeptical about sending our son 2,500 miles across the country, but art has always been such a passion of his since he was a child and we knew this was the best way to support him.” 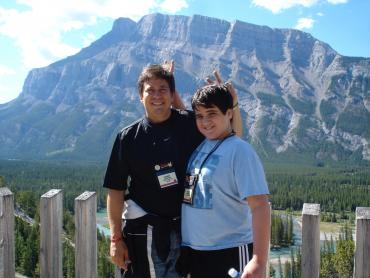 In order to make a positive impact for other people on the spectrum, the Carbonells founded the Nelson and Michele Carbonell Family Foundation. Through tireless advocacy and generous donations to Autism Speaks and other organizations close to their heart, the family has continued to hold up to the promise they made more than two decades ago to spur change in the autism community.

“As a parent of a child with autism you need hope. You want to feel like someone is out there trying to make a difference in the world. For us, that’s Autism Speaks, especially the work they do with MSSNG and funding grants for young researchers as they look for more answers,” said Michele.

MSSNG is Autism Speaks cornerstone resource in its genomic research efforts. MSSNG provides a cloud-based platform so that autism researchers have free access to thousands of sequenced genomes from families affected by autism and has grown into one of the world’s largest open-access genome databases – empowering researchers to develop more personalized treatments and therapies to help autistic people reach their full potential.

“Whether it’s providing access to resources, a sense of community or even just everyday support for parents, Autism Speaks is there for the autism community,” Michele added. “That’s why we continue to support them after all these years. I’d encourage other people to do the same if they have the opportunity.”