He has so much energy and having this physical outlet is so important for him being a big, strong guy. He might not be able to express it with words, but you can see how much this means to him. 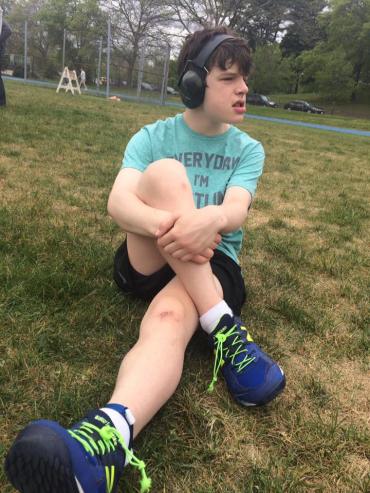 When Jack is out on the course with his cross country coaches and teammates, he’s just one of the guys – navigating the 3.1-mile terrain like he’s been doing most afternoons for the last three years. On this particular day, he had a little extra pep in his step as he briskly made his way through the peaks and valleys of the open-air course behind the local high school. Even though he couldn’t express it with words, Jack knew running with his closest friends from the high school cross country team wasn’t the norm during the late winter months, so he made sure to make the most out of the impromptu workout.

“Look at him out there – he’s such a stud,” said his mom, Judith, proudly looking on as her 16-year-old son practiced a handshake with his friend and team captain, Oliver. “You can see Jack just light up when he’s out here with the team. He has so much energy and having this physical outlet is so important for him being a big, strong guy. He might not be able to express it with words, but you can see how much this means to him.”

Seeing Jack be part of a team and have close friends beyond his older sister, Amy, is something Judith wasn’t sure she’d ever experience after he was diagnosed with autism just after his second birthday. At first, she and her husband, Andy, weren’t sure what their son needed moving forward – neither knew much about autism – but after taking a few days to process the life-changing news, the couple moved full steam ahead with an intensive early intervention plan. Judith said the hope was to equip her son with all of the available tools and resources to provide him with the best opportunity to live a fulfilling life.

“I always pictured Jack as the valedictorian of his class, playing high school football, just being the classic great young man. I never had concerns that he would any issues until the day he was diagnosed. From that day forward it was all about getting him access to the best resources and therapies, even if that meant leaving Texas and moving to another state with better services.” 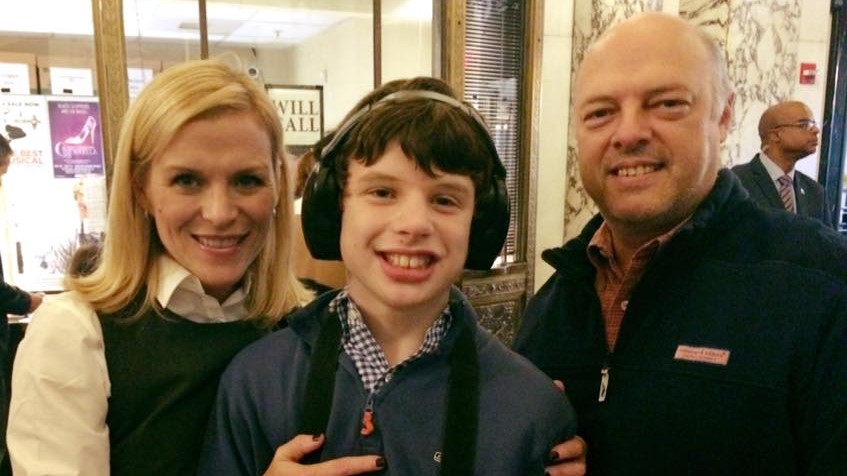 When Jack was four, Judith and Andy decided they’d get a fresh start on the east coast; they moved to Massachusetts to begin their new lives and provide their son with the individualized supports he needed. This decision provided Jack with services like applied behavior analysis (ABA), occupational and physical therapies, as well as access to specialized schools that cater to the needs of students with physical and developmental disabilities. 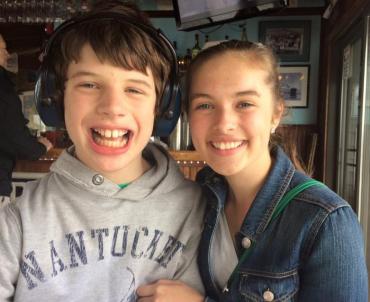 Twelve years later, with the help of his tightly-knit team of therapists and teachers at Nashoba Learning Group, Jack continues to exceed his parents’ expectations. Although he is severely impacted by autism and faces struggles that typical teenagers often don’t, particularly verbal communication, fine motor schools and understanding social cues, one never has to wonder what Jack is thinking or feeling. With the help of his trusty iPad, always within arm’s reach, as well as his affectionate personality, Jack always makes sure his presence is felt – even as the little brother of the family.

His sister Amy, a freshman in college, who hopes to one day be a developmental pediatrician and help kids just like her brother, said Jack has always served as her inspiration, whether he realizes it or not.

“I remember looking up into my closet and picking out the pink sweater that I wore to the hospital on the day my parents brought Jack home. I was so excited to have a brother and always knew he was special,” she said. “I can vividly remember little details like that from when I was just three years old, but I don’t remember the autism diagnosis really. He’s just my brother and that’s how I see him. He’s been my inspiration since the day I met him.”

Blog
A New Year for Inclusion: How my son found his 'matcher'

Blog
This mom has one wish for her sons on the spectrum this year: Inclusion