Ishaan’s life is one of courage and resilience, and every day he sets an example for us to follow! 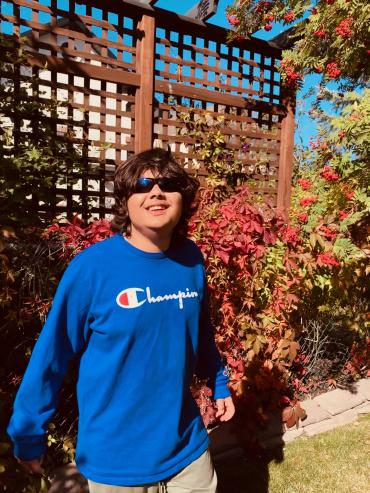 It’s been 13 years since Dr. Ian Holloway and his wife, Dr. Mousumee Dutta Holloway, were told their youngest child, Ishaan, had autism. At the time, the couple wasn’t familiar with autism and had no idea where to turn for the critical services their 18-month-old son would need to begin his lifelong journey. There were many sleepless nights during the first year, as the parents worked to better understand the diagnosis and decipher the best route to helping Ishaan reach his full potential.

“This is one of the most-cruel aspects of our journey. Most parents - including us at the time – don’t know much about autism unless it directly affects them,” said Ian, Dean of Law at University of Calgary. “What typically happens is that you get the diagnosis, then you’re left all on your own. We were completely shell-shocked. We didn’t know what to do, or who to talk to. It was one of the most devastating periods in our lives.”

Slowly but surely, the Holloway Family began to learn more about their son’s diagnosis and the best ways to support him. One of the most crucial breakthroughs in Ishaan’s journey came when the family was introduced to Autism Speaks’ MSSNG project. Housing the world’s largest autism whole-genome database, this groundbreaking tool helped Ishaan’s parents discover that their son had a rare genetic mutation. With this new information, the Holloways gained a better understanding of their son’s unique case and were able to provide him with more effective therapies as a result.

Today, Ishaan is 15 and continues to make strides. Although he’s semi-verbal and faces significant motor-skill delays, the young man is a published author – with multiple poems released in Great Britain – and expresses his thoughts and feelings in ways that often leave his parents wondering just how much untapped potential there is inside of him, just waiting to be unlocked.

“Ishaan truly is my wonder boy,” said his mom, Mousumee. “Though plenty of work lies on the road ahead, he has beaten all odds to be where he is today!”

Learn more about Ishaan’s autism journey through this Q&A with his dad, Ian. 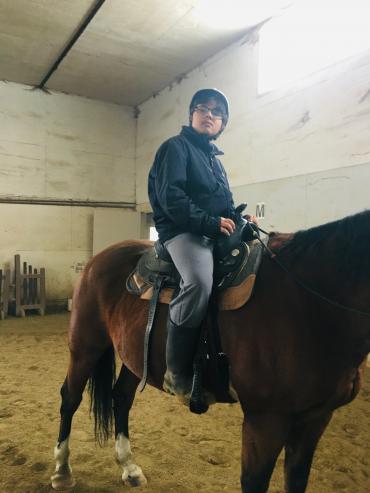 At what age was Ishaan diagnosed with autism?

He was diagnosed at the age of two. Until the age of 18 months, he was developing completely normally. At that stage, he began to regress dramatically.

What were your first steps in getting your son the services and supports he would need after his diagnosis?

In Ontario, where we were living at the time, we were told that there was a six-month waiting list to get services. Then at about five months, they said, “Sorry! The wait is now about a year.” Then at 11 months, they said, “We’re really so very sorry, but it’s now about 18 months.” At 18 months, they told us that it would likely be two years. At that stage, I went to our MLA (Member of the Legislative Assembly), who happened to be in the governing party. It was only after that, that we felt like we were being taken seriously by the system. As for those two years while we were waiting, we paid for therapy out of our own pockets. We were lucky in that we could afford to do so. Many families, of course, cannot.

How does Ishaan’s autism impact his life now?

It affects his life in every conceivable way. But one thing that might be of interest is to know that three years ago, we bit the bullet and started home-schooling Ishaan. That’s been a strain on our family, of course, but it has been a real game-changer in terms of Ishaan’s intellectual and cognitive development. It was the best thing we’ve ever done as far as Ishaan’s care goes. And it was thanks to that decision that Ishaan has become a published author and has exchanged letters with both the Prime Minister and the Premier.

How did you and your family discover autism speaks and MSSNG?

It was thanks to social media! As we see from watching the political world around us, social media has a dark side to it. But for special needs families, it has been such a wonderful benefit. Thanks to it, we’ve been able to engage with similarly situated families around the world. And not just families; we’ve also been able to connect with scientists and doctors in seven or eight different countries. 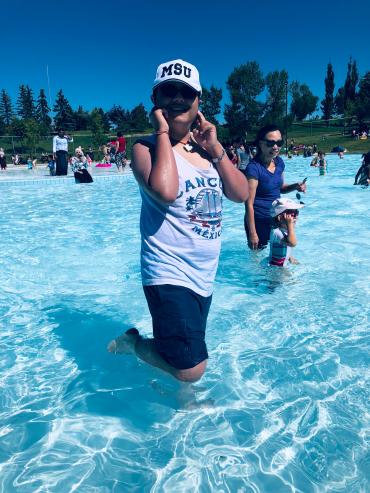 Why do you feel it’s important to advocate for your son and share the impact MSSNG has had on him and so many others in the autism community?

This is a great question. What I’d say is that the autism journey can be a lonely one. The more that other families can see that they are not alone - that there are others travelling the same path - it makes it just a little bit easier. And as for MSSNG, we think that you represent hope. Precision medicine, as they call it, is the future. And what Dr. Scherer and other members of his team are doing, is setting the scene for precision medicine to be able to flourish.

What advice would you give to other parents who recently had a child diagnosed with autism?

Reach out. Don’t give in to the natural temptation to want to hide from the rest of the world. Yes, most people won’t understand what you’re going through. And you will likely lose some friends who can’t be bothered even to try. But you will also meet others who are a few miles ahead of you on the path, and from whom you can learn.

The other bit of advice I’d give is related. But it’s that you must learn to be an advocate for your child. The health care system is big and complex, and it can sometimes be off putting and impersonal - even though most people who work in it are individually very kind. So, your child needs an advocate. And no one can be better at that than you.

How has the COVID-19 pandemic impacted your family?

The truth is that it has been very difficult. Ishaan is home-schooled, which means that his ability to engage with others outside his family has been extremely limited. And that leads to frustration, as it does in all of us. But everything considered, he’s done remarkably well. Ishaan’s older sister has been a great help. She is in her second year of university here in Calgary, and she has been a wonderful friend and teacher for her brother. They’ve always been close, but that has been especially so since the pandemic began. 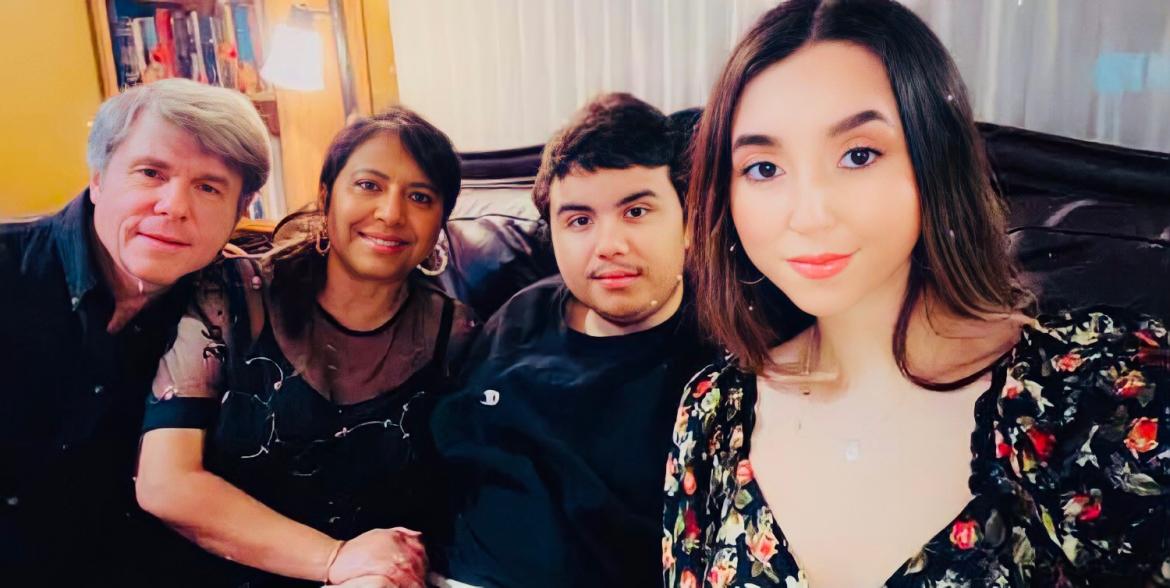 What are Ishaan’s aspirations for the future?

I asked Ishaan this question and this is his answer in his own words:

“I want to be an advocate for people with disabilities. I want to keep writing to make our voices heard!”

What makes you most proud of Ishaan?

Thank you for asking this. What makes us most proud? Both his mother and I would say the same thing. That is that Ishaan’s life is one of courage and resilience, and that every day, he sets an example for us to follow!