My motto is never give up on your goals, even if you have autism or another disability and people tell you that you can’t do something. 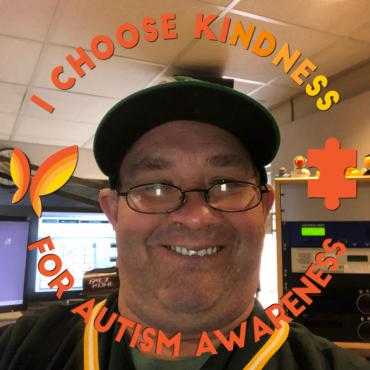 I spent over 14 years working at KYLD (WiLD 94.9), a radio station in San Francisco, where I served as a member of both “The Mancow’s Morning Madhouse” and “The Doghouse Morning Show.” I also hosted a weekend radio show called “The Loungin’ with Hammerin’ Hank Show.” And if that’s not enough, served as a member of The WiLD 94.9 Party Crew Street Promotions Team.

In addition to my on-air work and street promotions duties, I performed stand-up comedy at a couple of the “Doghouse Comedy Jam” events and also performed the national anthem at a “Battle of The Big Boys” Boxing event in front of thousands of people. I also have experience hosting and co-producing a music video show for the largest local cable TV operator in the San Francisco Bay Area.

I recently wrote and voiced public service announcements for KRBQ Radio (Q102) in San Francisco. I graduated from a wellness program at The Choices Learning Center in Oakland in May 2015, where I also wrote a radio column for the Voices of Choices newsletter. 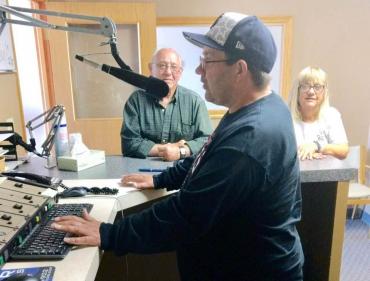 What does National Disability Employment Awareness Month mean to you?

What message would you like to convey to people with autism and other disabilities, who are currently looking for the right career path or job opportunity?

My motto is never give up on your goals, even if you have autism or another disability and people tell you that you can’t do something.

What are some improvements that can make the workplace more inclusive for people on the spectrum?

I think businesses, including the radio industry, should consider hiring the most qualified applicants whether they have a disability or not. Sometimes, it feels as though we are being judged or labeled because we are autistic, which can be difficult to overcome. No matter what, it’ll never stop me from getting back into the business in some capacity.