As parents we learned to celebrate the little achievements that others might overlook. We actively engage our daughters in programs and community events that are tailored for all abilities.

Welcome to Spectrum Spotlights! Each month, we'll introduce you to people with autism and within the autism community. We hope you enjoy their stories. 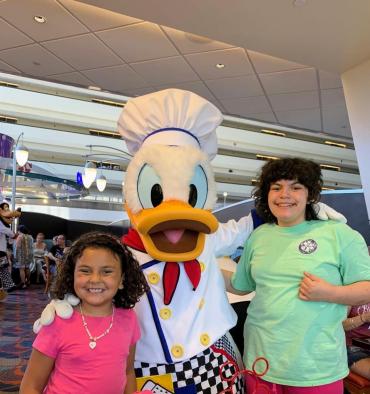 Revered political leader and philanthropist Nelson Mandela once said: “The greatest glory in living lies not in never falling, but in rising every time we fall."

For Sarah, wife of an active-duty United States Air Force Chaplain and mother to two daughters on the autism spectrum, no quote could better describe her family’s journey over the last 13 years. It was only through their deep-rooted values that her family was able to withstand the type of mental and physical setbacks that would bring most other people to their knees.

Although their autism affects them differently, Alivia, 13, and Sophia, 7, share similar stories of overcoming adversity to reach milestones many doctors and specialists never thought they would. Both have fallen many times, in every sense of the word, but have always been unwilling to let their medical conditions and autism diagnoses stand in the way of reaching their full potential.

Learn more about Sophia and Alivia through the words of their mom, Sarah, in this edition of Spectrum Spotlights.

In your experience as a mom of two children on the spectrum, how important is early intervention?

Early intervention provided our two daughters the best opportunity to learn and develop to both of their full potentials in life. Both Alivia and Sophia attended a full-time preschool program, dedicated to autistic children. Alivia’s journey began at 18 months old; Sophia’s journey began at 12 months old. With early intervention and intense ABA therapy, both of our daughters have overcome and achieved levels that wouldn’t be possible otherwise.

Did you realize something was different about your daughters before their diagnosis? If so, please share some of your experiences and how the diagnosis came about. 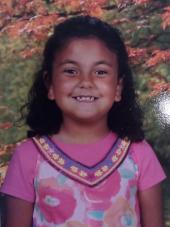 Alivia was born with severe health issues that caused us to overlook her autistic behaviors and traits. It was the early intervention team that advised us that she displayed many signs of autism around 20 months of age. Alivia was a true sensory seeker toddler; she would chew on everything, spin in circles and flap her angel wings all the time.

Sophia, as a baby and toddler, was a sensory avoider. She began displaying autistic behaviors around 8 months. We noticed that she would avoid contact with other adults and children outside of her home environment. She would cover her face with a blanket, shake uncontrollably in public places and display food aversions and stimming behaviors. Around 10 months, we had her tested by an early intervention team that labeled her as developmentally delayed. With that, we had Sophia evaluated by a developmental pediatrician at 14 months old, who diagnosed her with autism.

Tell us about some of the struggles each child faced/faces as a result of their autism. 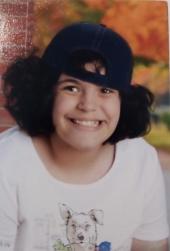 Alivia’s emotional behaviors cause her the most struggles in life. She doesn’t know how to process her feelings in the same way as others may, so she can be happy one minute and crying the next. Alivia can be very sweet or extremely aggressive. She tends to repeat herself over and over, which becomes exhausting for her. Alivia is continuing to learn how to engage her peers in an appropriate manner, for example personal space and acceptable greetings.

Sophia didn’t speak until she was 4 years old and was using simple phrases by the age of 5. This has caused her to fall behind in her expressive and comprehensive language abilities. Her vocabulary is enhancing daily but she is still delayed compared to her typical classmates. She also struggles with her stimming behaviors. Many typical peers find this behavior odd and clearly don’t understand why Sophia is making these unusual hand or facial movements. Some children look at her as she is different from them.

How does their autism make them special/unique?

What makes Sophia special is that she’s faced many challenges and obstacles from birth but has continued to fight and push through adversity. She was unable to walk and barely able to eat or hold down any food until her second birthday. She didn’t say her first word (momma) until her fourth birthday. But with two years of intense early intervention and two years of full-time ABA therapy in a clinical setting, Sophia is now in a general education classroom. Her vocabulary is amazing, she has friends, loves ballet and playing soccer! We have so many great hopes and dreams for Sophia’s future thanks to all of the services she has received.

What makes Alivia special is also how far she’s come. She had a neonatal stroke, which caused her to have many medical issues throughout childhood. At first, her autism was masked by her medical condition, but she was diagnosed around her second birthday. She didn’t speak her first words until she was 6 years old, but now talks and reads thanks to intense therapies over the years. Her first words were “I want chips,” which still to this day makes us laugh. Hearing those silly words put the biggest smile on my face and made me so happy to finally hear my baby’s voice. Alivia’s resilience is simply astounding.

Can you share what it’s like to be a mom of two children on the autism spectrum? 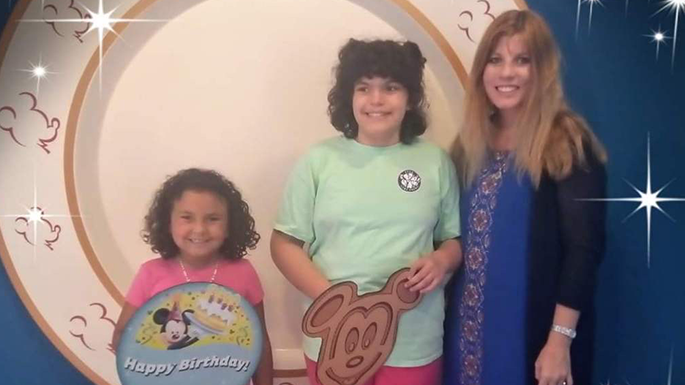 Being parents of two autistic daughters is challenging and rewarding at the same time. My husband and I pray every day together for patience and continued love for our family. As parents we learned to celebrate the little achievements that others might overlook. We actively engage our daughters in programs and community events that are tailored for all abilities. As parents we have modified our public outings and trips around our oldest daughter’s triggers; simple and short activities are best for Alivia. Each day is a mystery on which behaviors we will be working on to eliminate and to improve for our girls. The one autistic behavior we wished would just magically disappear is the repetitive scripts that Alivia says over and over again. She consistently needs reassurance from us.

When a parent gets that diagnosis of their child being autistic, my advice would be to immediately start the therapies and early intervention services available to your child. This could change your child’s future and help them reach their fullest potential.

How has your family’s tie with the military impacted your children and their needs?

My husband is currently an active duty service member in the United States Air Force. This is truly a blessing for our family while he is serving our great nation. All branches of the U.S military have a destinated program for special needs families called the Exceptional Family Member Program (EFMP) and The Extended Care Health Option (ECHO). Our family utilizes both programs by receiving 40 hours a month of Air Force respite care and in-home ABA therapy for both our girls. When our daughter Alivia needed specialized medical equipment including an adapted bike, it was fully covered. Doctor visits and therapy treatments have no copayments with Tricare prime. We are proud and honored to be a part of the military family.

Use five words that best describe Alivia to the world.

Use five words that best describe Sophia to the world. Blog
Home for the holidays: Ways to make sure your autistic child enjoys their break
Blog
Autism-friendly holidays: How to make sure all is calm when all is bright