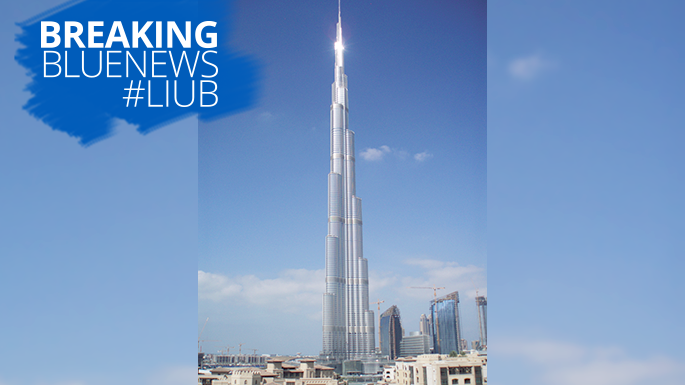 The tallest building in the world, the Burj Khalifa, Dubai, United Arab Emirates, will Light It Up Blue on April 2, 2018 in honor of World Autism Awareness Day!

The Burj Khalifa began construction in 2004 and was certified as the world’s tallest building in the world by the Council on Tall Buildings and Urban Habitat (CTBUH) on March 10, 2010. The CTBUH writes,

“When the Burj Khalifa completed in 2010 at 828 meters, it was named the ‘Tallest Building in the World’ to global fanfare. The world now eagerly watches the Dubai metropolis as an emerging contributor to the skyscraper typology, which is why it’s so important to have the Burj Khalifa’s support for the upcoming Light It Up Blue campaign.”