The Sagrada Familia will Light It Up Blue on April 2 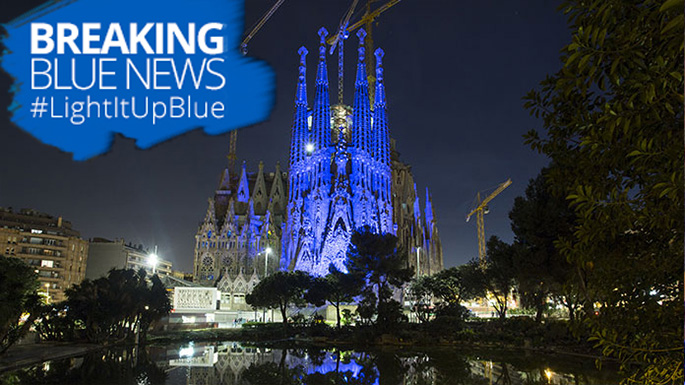 The Sagrada Familia began construction in 1882 and currently stands at 560 feet tall. Today it is seen as a UNESCO World Heritage Site. In 2010, Pope Benedict XVI proclaimed the church as a minor basilica, a prestigious honour granted to very few churches around the world.

The church today also serves the Sagrada Familia Schools building along with having an exhibition space for tourists.